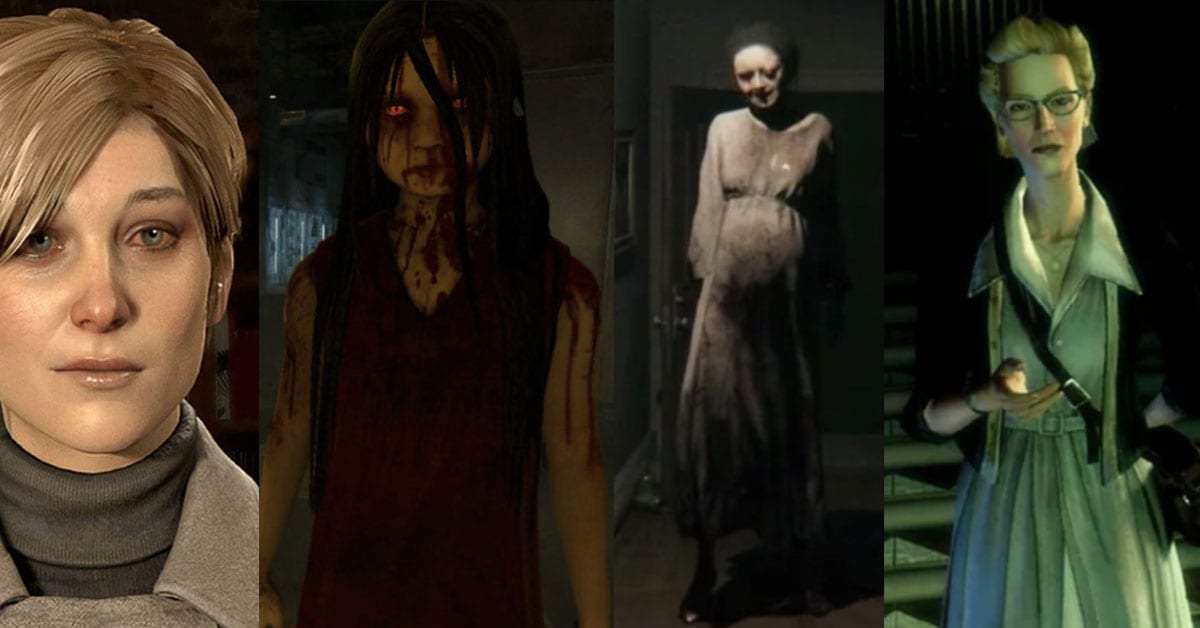 Following on from my most kick-ass men and women in video games articles it’s now time to flip to the other side of the coin and go with my personal best villains of the video gaming world.

As always with these kinds of lists, there are loads of characters that sadly don’t make the cut, otherwise I could go on forever.

Be sure to let us know your favourite badass women villains in video games and, with that said, here are my personal favourite villains of the video game world.

Ana might not have been one of the most memorable villains in the Tomb Raider series and despite having some twisted logic in her motives, in terms of pure manipulation, Ana is right up there with the worst of them.

Ana was a senior agent and spy of the Croft’s sworn enemy Trinity, and was tasked with getting close to Lara’s father, Lord Croft. Ana’s mission would lead her to get too close to Lord Croft and it wasn’t long before they became a romantic couple. Over the years, Ana became something of a mother figure for a young Lara Croft.

However at some point in their relationship, Lord Croft became aware of Ana’s intentions and as a result, Ana was ordered to execute Lara’s father by Trinity High Council Leader, Pedro Dominguez.  Ana was unable to carry out this task herself so someone else was ordered to kill Lord Croft and stage his death to look like a suicide. His body was discovered by Lara.

Ana would soon be diagnosed with terminal cancer and in a desperate attempt to save her life, she embarks on a quest to acquire the Divine Source, which holds the secret to eternal life.  However Trinity is unable to find the location of the Divine Source and this is where Ana manipulates Lara furthermore.

Knowing that Lara discovered some information from her father’s research into the immortal soul, which could lead to the discovery of the Divine Source, Ana manipulates Lara into seeking therapy to talk about her secrets all while Ana is secretly recording the sessions. Ana manipulates again Lara  into continuing her father’s research in the hope of leading her straight to the Divine Source.

In fairness to Ana, she’s not the most evil of villains and in her desperation, she had relatable motives. However despite her relatable motives, she knew the truth behind Lara’s father’s death, recorded her therapy sessions in secret and manipulated her into continuing her father’s research and before the game came to its conclusion, the betrayal all came out in the open.  For me personally, Ana’s actions and motives make her one of the most compelling and relatable “villains” in the Tomb Raider series.

Alma is one of the most iconic and downright scary villains in the video game world. To be fair, her horrific actions in the F.E.A.R series can be seen as no fault of her own as she’s a product of cruel experimentation and torture, which ultimately turned her into a sinister killing machine.

Alma has that typical ghostly, long black hair image inspired by Japanese urban legends. Alma would not only terrorise the player but also any NPC that would be unfortunate enough to cross her path. She would burn the flesh of her victims with her telekinetic powers, and she also had the supernatural ability of knowing exactly when to jumpscare the player at the most opportune times. Sure, Alma was a victim of cruel experimentation but makes no mistake: she’s of the most deadly and scary villains of all time.

Now unlike when I spoke of Ana, I will be deliberately vague when talking about The Boss from Metal Gear Solid 3. The Boss is the mentor of Big Boss, formerly known as Naked Snake. But for the benefit of ease, I’ll refer to Big Boss as Snake from here on out.

In simplistic terms, Snake would do anything for The Boss. She was someone that not only trained Snake into the legendary soldier that he came to be, but she also shaped the man that he would become. However by the time Metal Gear Solid 3 comes to its conclusion, its ending will force your hand and rip out your heart.

Metal Gear Solid 3 is, in my opinion, one of the greatest video games of all time, largely owed to the relationship between The Boss and Naked Snake, which will stick with you forever.

I could have gone with a number of villains from the Resident Evil series. After all, most of the villains that I could have named from the survival horror series had intentions of manipulating and doing bad things. However, much like some of the previous characters mentioned in this article, the actions of Marguerite Baker from Resident Evil 7 were of no fault of her own.

Again I won’t give too much away here, but despite the Baker family becoming one of the most well-known villains of the Resident Evil world, what happened to this family was simply tragic.

However in terms of being grotesque and downright scary, Marguerite Baker is up there with the worst of them and that’s saying something for the Resident Evil series. That boss battle with Marguerite in the Green House still makes me shudder to this very day.

Lisa from the P.T demo is the typical story of a monster shaped by tragedy. Lisa, while pregnant, was brutally murdered by her husband. Much of what we know of Lisa is guesswork puzzled out by subtle clues that are found within the demo for the now-cancelled Silent Hills. Some clues hint that her alcoholic husband killed Lisa in a fit of jealous rage, while other clues hint that he may have become possessed by an evil entity.

As a result of her brutal murder, Lisa haunts the corridors of her home, tormenting and keeping captive anyone that is unfortunate to set foot on her premises. Lisa is disfigured, freakishly tall, gaunt and stained in blood, but always seems to have a sinister smile on her face. Before claiming their lives, Lisa will often stand behind her victims, groaning unnervingly in their ear before meeting their untimely demise.

Unfortunately the Silent Hills game that was set to spawn from the infamous P.T demo never came to be. Even during its very short-lived cycle, the P.T demo and the ghostly Lisa will forever be one of (if not the) most scary sights you’ll ever experience in a game.

Dr. Sofia Lamb is a prime example of a villain who genuinely believes that they are working for humanity’s greater good. Sofia Lamb started life as quite the humanitarian during the Second World War. Lamb was a survivor who worked as a missionary providing medical care to those injured during the Hiroshima bombing.

A genius physician and philosopher, Sofia Lamb was a believer in the utilitarian ideal of “the greater good” which she referred to as “The Triage Imperative.”  However when Lamb discovered that the United States was using her very own altruistic ideals of “the greater good” to justify bombings killing thousands, she felt betrayed and deemed the human race as doomed to inevitable extinction.

Enter Andrew Ryan. Recognising the genius of Sofia Lamb, he invited her to help build and shape the underwater utopia of Rapture, an offer which Lamb accepted. Here Lamb would conduct experiments on the inhabitants of Rapture. Her aim was to create a perfect race, to eliminate the Self from the human psyche to create the first “Utopian”. Not even her daughter Eleanor was exempt from her experiments, and was forced to form a bond with a Big Daddy.

Dr Sofia Lamb was as cold, driven and brutal as they come. She would stop at nothing to ensure that her vision of the human race would serve the greater good and save the world. I consider Bioshock 2 to be the most underrated game in the series. In my humble opinion, Dr Sofia Lamb is up there with the likes of Andrew Ryan. If you haven’t played Bioshock 2, don’t let the negative press put you off. It’s well worth a try!