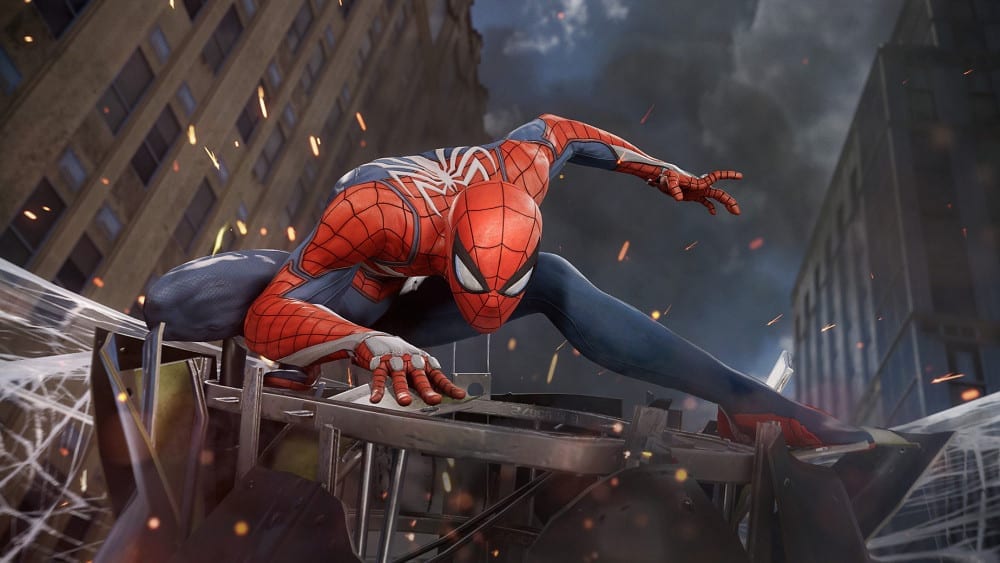 Spider-Man PS4 essentially takes everything older games did and outdoes them. One such example of this is the inclusion of more villains than we’ve ever seen in similar games in the past.

In this article, we’ve taken a look at all of the villains revealed to be featured in the new Spider-Man game.

Keep in mind that this list may not be a full, complete overview of all the Spider-Man villains. There may still be more that have yet to be announced. 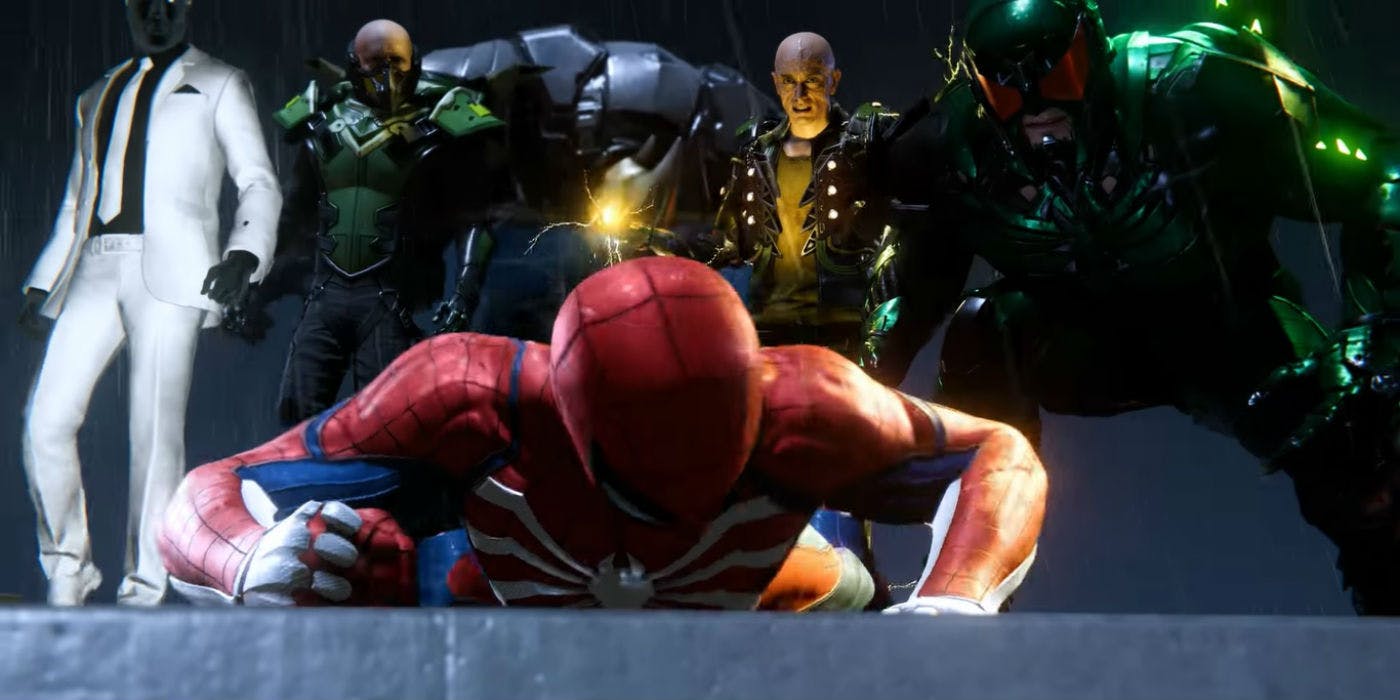 So far, we know about all of the following villains:

We have provided details about each of the villains and their superpowers below. 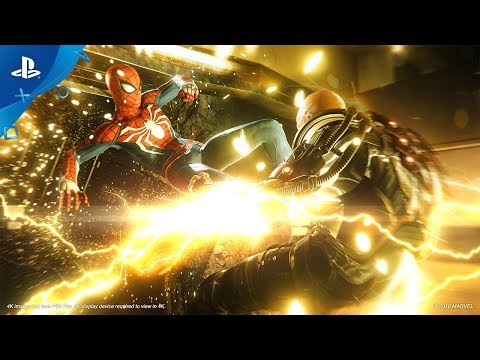 Spider-Man will have far more encounters with different villains, but it seems like the main story arc in the game will put a focus on the Sinister Six. This is a group of Spidey’s enemies that have come together to bring him down.

The Sinister Six team lineup changes a lot throughout the comics. Thankfully, the E3 2018 showcase demo pretty much confirmed 5 of the 6 members.

The five members we know will be making an appearance in Spider-Man are Rhino, Electro Scorpion, Vulture, and Mister Negative.

Rhino is perhaps the best known character thanks to his appearance in The Amazing Spider-Man 2, although he looks far more like the OG Rhino than the movie version.

Rhino has superhuman strength and speed. His rhino armor suit gives him protection against extreme damage and temperatures and his razor sharp horns on the top of his head can rip through almost anything. 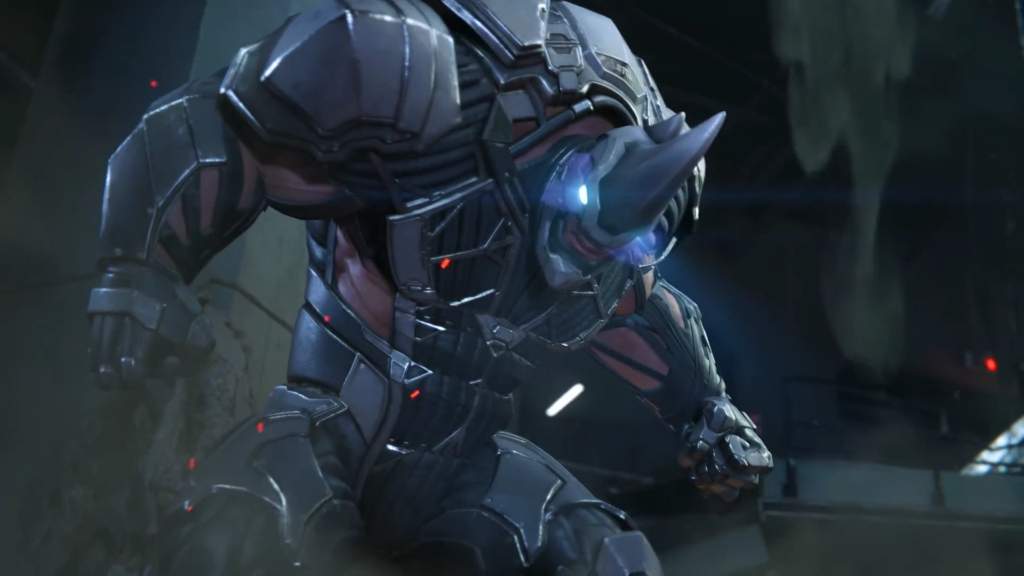 Next is Scorpion, a man that underwent an experimental process to be given scorpion-like superpowers. The experiment was done to fight Spider-Man, as scorpions are often considered a spider’s natural predator.

Scorpion has superhuman strength, speed, and reflexes similarly to Spider-Man. He also has a ‘scorpion sense’ that matches Spidey’s and his armor has a cybernetic tail that can fire projectiles at others.

Electro is a character you may be familiar with too, although once again the video game version much better resembles the old comic version. 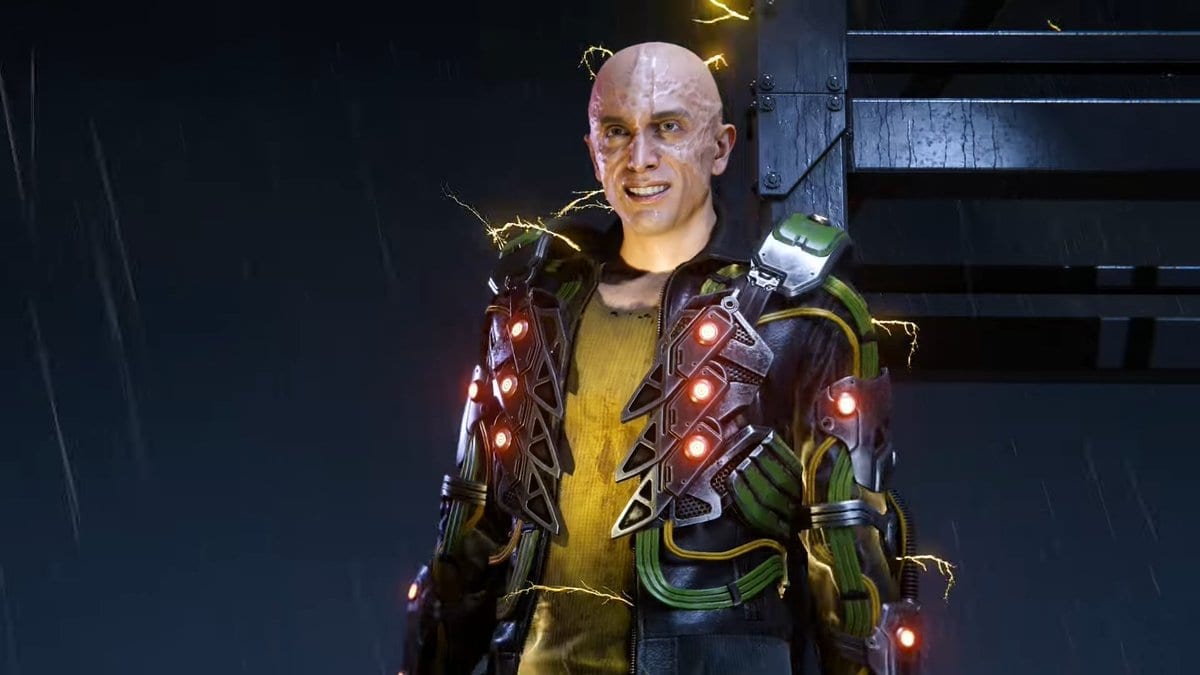 Electro can fly and most importantly manipulate electrical energy and turn it into a powerful weapon. When harnessing electrical power, Electro also has access to superhuman strength and speed.

Then we have the Vulture, a supervillain that crafted a powerful suit that gives the wearer the power of flight and superhuman strength.

Finally, Mister Negative is a man that wields superpowers like superhuman strength, healing touch, and charged up dark electrical energy. 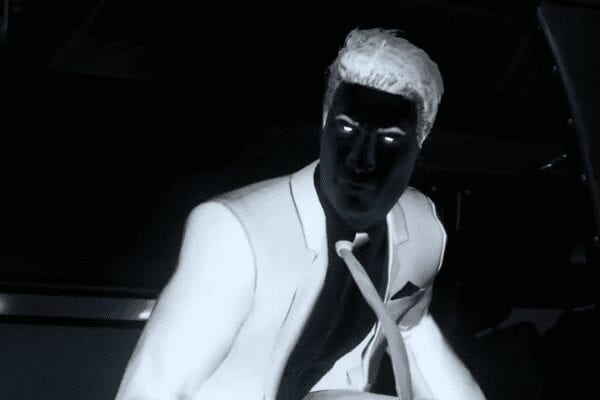 We also have the sixth member of the Sinister Six. So far, we don’t know who it will be. Personally, I think it’ll be Norman Osborn, or perhaps even Harry Osborn, Peter Parker’s best friend.

Either way, we know that Harry Osborn (the original Green Goblin) will be making an appearance in the Spider-Man game somewhere. 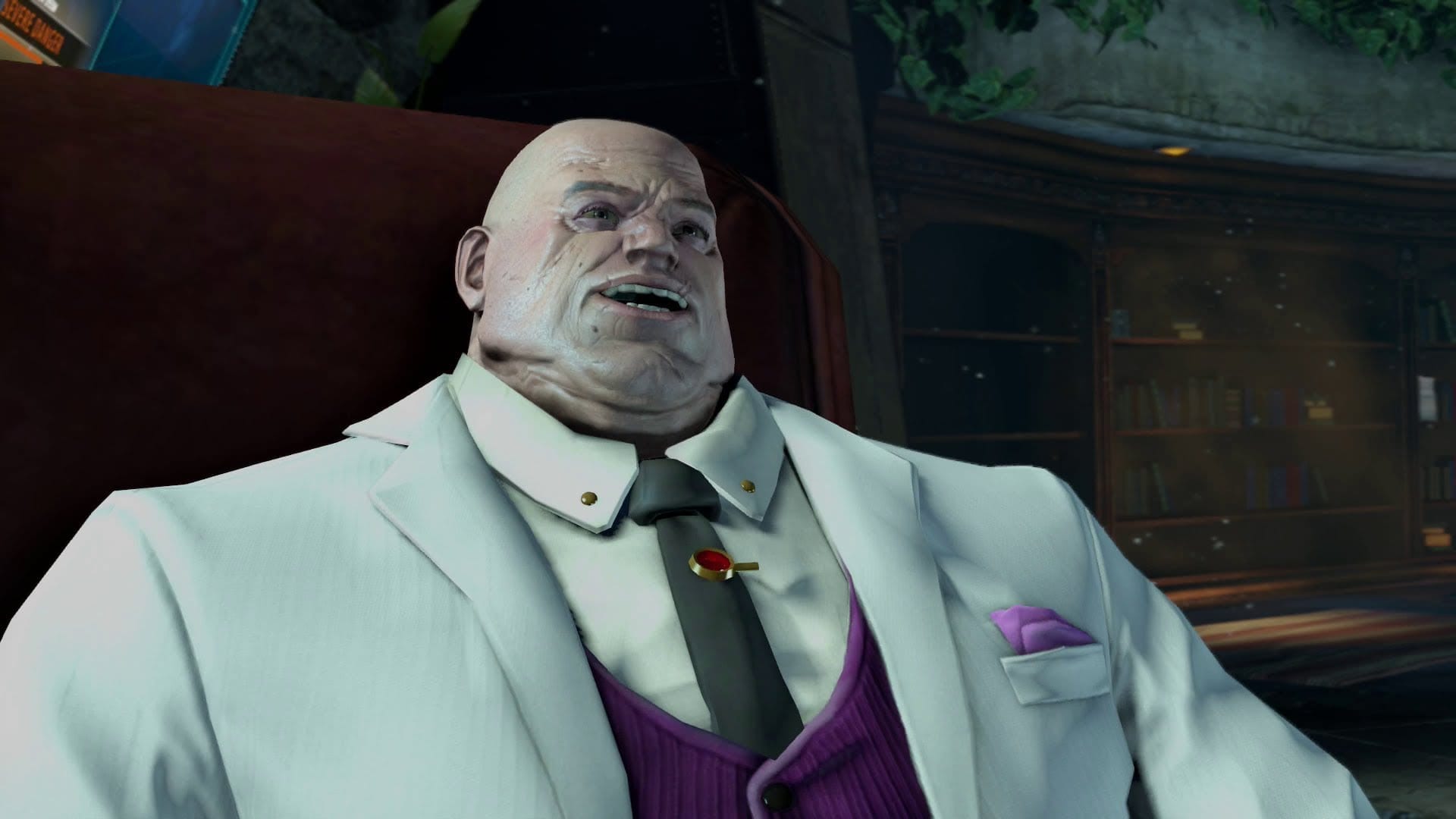 One of the most prominent supervillains in the Spider-Man comics is Kingpin. Kingpin was essentially recruited into the New York criminal underworld at a very young age.

He fought his way through the ranks and eventually took a spot at the top, becoming past crime lord Don Rigoletto’s right-hand man. Kingpin then later killed Rigoletto and took control of his entire criminal empire.

Kingpin will be an important character in the upcoming Spider-Man game because he’ll introduce waves of all sorts of crooks and mobsters to take down Spidey. Kingpin has no superpowers, but he is incredibly strong and he holds a tight grip around the New York streets.

Shocker is a villain that built his very own battlesuit that gave him the power to deflect physical damage, and fire concentrated vibrational air blasts through powerful gauntlets.

Shocker did become part of the Sinister Six at one point during the comics, but he won’t be a part of it in the Spider-Man PS4 game. Instead, it’s likely that Shocker will make an appearance as a villain during a side mission of some sort. 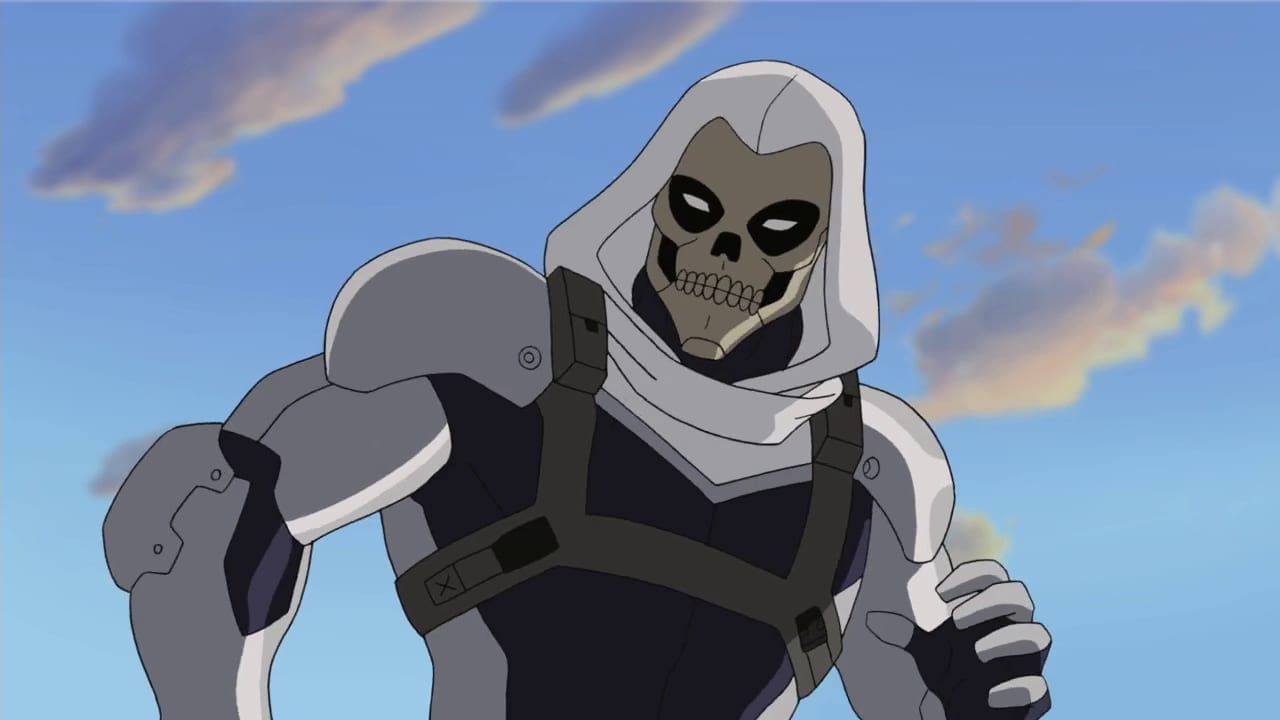 Taskmaster is a really interesting villain that has the ability to copy the powers of his opponents.

Once he copies powers of another supervillain, Taskmaster can then memorize them and use them again in the future. Taskmaster is also very proficient in combat and has the ability to manipulate and trick people with his superhuman intelligence. 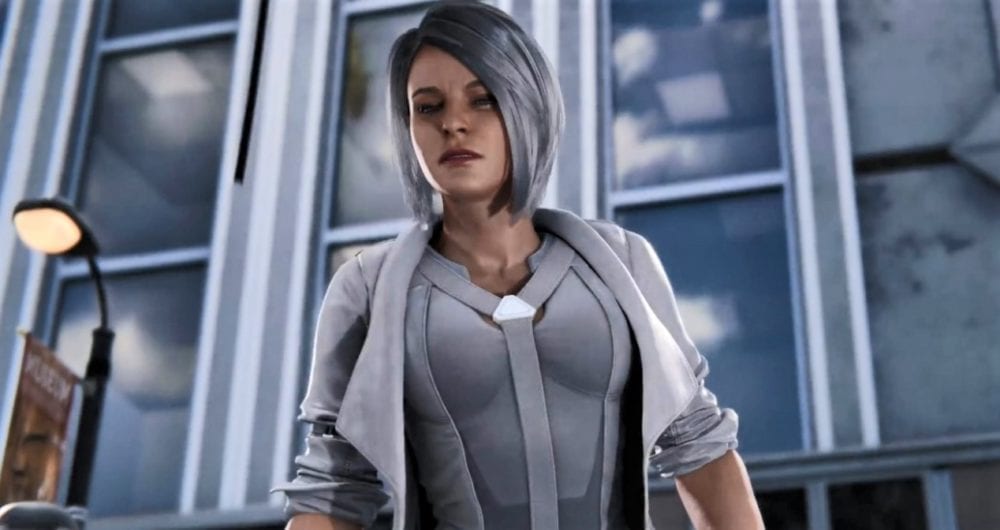 Silver Sable is a mercenary that is skilled in hand to hand combat and has proficiency with other deadly weapons including firearms and knives.

She has often appeared in other Spider-Man games. It was revealed that in Spider-Man for PS4, Silver Sable will be ordered to shoot down Spidey.

No Spider-Man game is complete without some kind of interaction with Black Cat thrown into the mix. Whilst Black Cat is a supervillain, she rarely fights against Spidey and instead serves as a sort of love interest.

In past games, Black Cat has distracted and diverted Spidey from his mission, so it may be possible we’ll see some sort of optional content that sees the two characters high tail it through the city of New York. 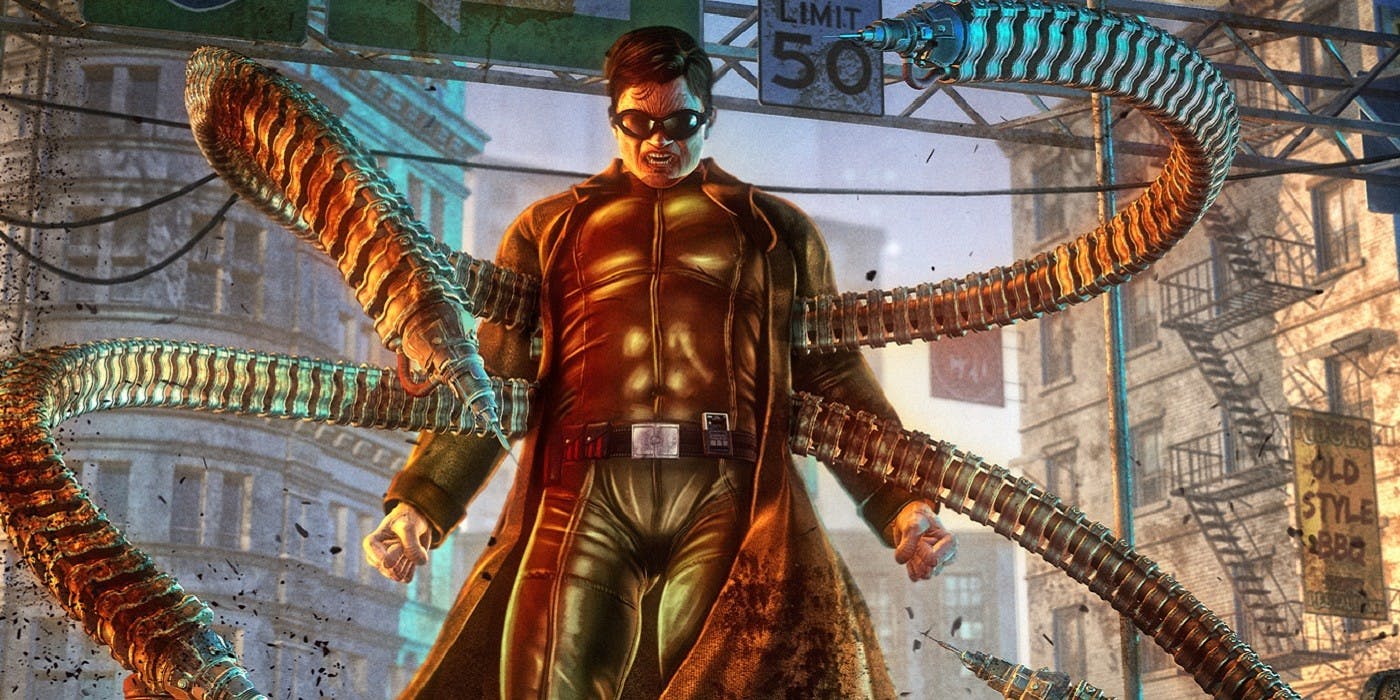 It has been confirmed that Doctor Octopus will be making an appearance in Spider-Man for the PS4, but so far nobody knows how much of a role he will play.

The original Sinister Six team was put together by Doc Oc himself after struggling to deal with Spider-Man, so it could be possible he’ll fill the sixth spot and will be the main antagonist.

However, because we don’t know whether the Green Goblin will take a spot in the Sinister Six or not, it’s possible that Doc Oc could still be a character appearing on the sideline.

What are your thoughts on this jam-packed list of supervillains coming to Spider-Man? Let us know your thoughts!

Spider-Man will be launching exclusively on PS4 on September 7, 2018.