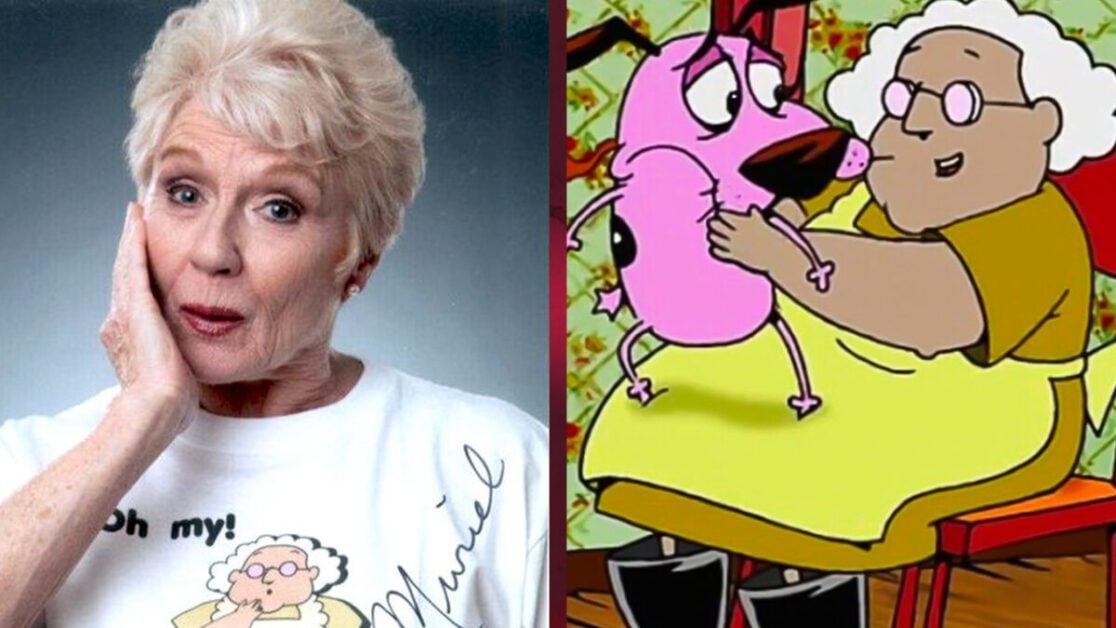 Thea White, the voice of Muriel Bagge in beloved children’s cartoon ‘Courage the Cowardly Dog’, has sadly died at the age of 81.

White lent her voice to the character for all 52 of the episodes released of the cartoon series. It originally ran from 1999 to 2002 with a Scooby Doo crossover coming to digital and DVD this September. White reprised her role as the favourite character of Muriel, though it will sadly be the last time that we hear her voice in a new cartoon.

White’s brother, John Zitzner, writes on Facebook that her cause of death was an operation complication while trying to remove a cancerous tumour. “Sadly we lost our legendary Feefer (the voice of Muriel) on Friday morning after she fought hard with courage to try to beat her liver cancer and to resume life or to die trying,” he writes. “(She ended up with an infection after cutting out the damn cancer)”.

Born in Newark, New Jersey, White began her career by performing in stage productions in Dallas, Texas. She eventually went on to serve as an assistant to the legendary German-American actress, Marlene Dietrich. White then began an acting hiatus after she married her husband, Andy White. She worked as a librarian in Livingstone Public Library back in her home state of New Jersey.

Eventually, White made a return to the world of acting when she auditioned for the role of Muriel in Courage the Cowardly Dog. The rest is history as she embodied the role that so many children and adults alike came to adore. In the series, the character of Muriel adopts the titular dog Courage into her home. Courage must then overcome his fears to protect his new owners from the ghouls and ghosts that inhabit their farm.

Our condolences go out to Thea White’s family at this time. Her voice work as Muriel will surely be remembered by horror cartoon fans for everlasting years.