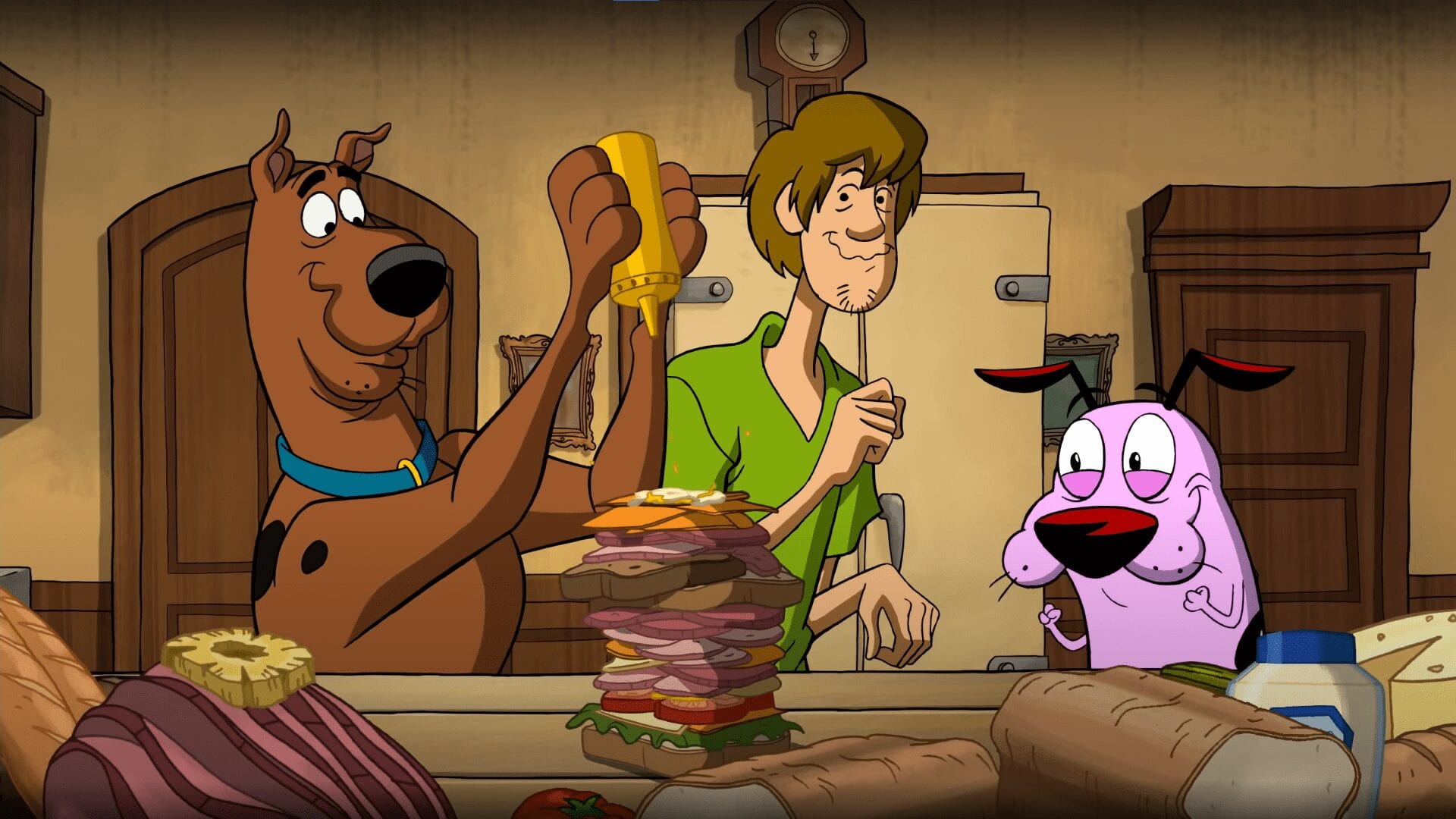 Mystery Incorporated’s favourite slackers have met a lot of iconic characters throughout their career. From Batman and Robin to the Harlem Globetrotters, Scooby and Shaggy‘s bucket-list have some notable names. However, thanks to an upcoming crossover, Scooby is set to meet the world’s other panic-struck canine in Straight Outta Nowhere: Scooby-Doo Meets Courage The Cowardly Dog.

So, what exactly is this new cowardly collab all about? Well, against all odds, Scoob and the gang manage to happen across “Nowhere”. Of course, if you’re familiar with the Courage the Cowardly Dog cartoon, you’ll already know that “nowhere” is, in fact, somewhere in the state of Kansas. You’ll also know that Nowhere is a town that’s frequently plagued with strange occurrences. What a coincidence!

Featuring familiar faces such as Muriel and Eustice, Courage’s oblivious owners, as well as the usual whodunnit cast of Scooby-Doo side characters, this new Hanna-Barbera feature is set to be a scream. However, it’s worth mentioning that this isn’t the first time that Scooby-Doo has crossed paths with Courage. In fact, the pair also apparently met during a Cartoon Network promo back in 2001 (I mean, it’s just a trailer splice, but still).

Hopefully, this latest Scooby-Doo adventure will appeal to both Mystery Gang and Courage the Cowardly Dog fans alike. While Courage’s underlying themes are arguably much darker than Scooby’s adventures (seriously, look up some of the show’s fan theories), this new film should make for a perfect petrified pairing. I mean, anything’s better than more Scrappy-Doo.

Are you going to give Courage and Scoob’s latest adventure a watch? Let us know on our social media channels!