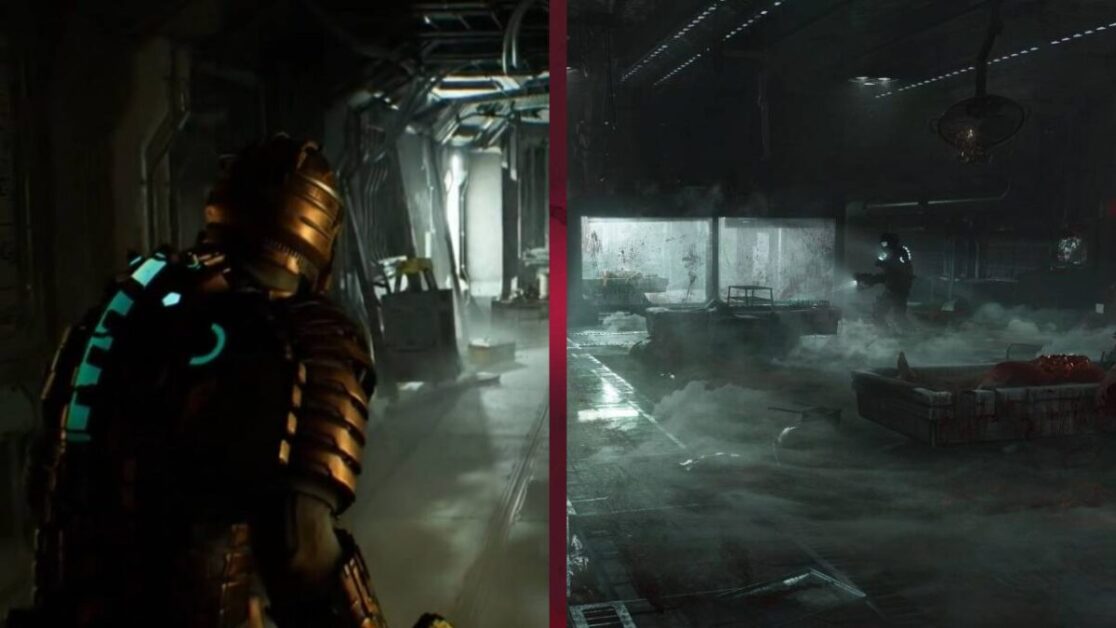 Back in July, Motive Studios dropped a teaser trailer for its brand new take on Dead Space. Since then, fans have been eager to learn more about the remake and what Motive intends to bring to the table. Thanks to a new sneak peek live stream, we now know more about the new Dead Space game’s graphical improvements, combat mechanics and more. Check it out!

Presented by Philippe Ducharme and Roman Campos-Oriola, alongside guests Jackie M Butler (streamer) and Kahlief Adams (Podcaster, Spawn on Me), the sneak peek featured a look at a “very, very” early build of the new Dead Space game. While the “early pre-production development build” of Motive’s upcoming horror remake is probably subject to change, it did give us a look at the game’s new lighting effects, as well as some of the metallic texture work that Motive is aiming for.

While the original Dead Space trilogy still holds up in 2021, there’s something to be said about Motive’s meticulous attention to detail. Not only did the live stream give us a look at the dank, misty corridors of the Ishimura, but it also provided us with a glimpse of Isaac’s new look. What’s that? You’re wondering what could possibly be different? Well, here’s a side by side comparison of the original and remake of Dead Space, courtesy of the stream:

Arguably, Dead Space’s mechanics are already perfect. However, Motive has revealed that it intends to add an extra layer to the game’s combat (apologies in advance for the pun). While the original game’s Necromorphs comprise of detachable limbs, the remake’s abominations are created using a new “peeling” system.

Essentially, each monstrosity comprises of layers (insert Shrek joke here) of skin, muscle and bone, which must be completely severed to dismember successfully. Of course, this means different weapon effects will yield different results. Always fancied searing the flesh off your undead opponent before smashing its joints with the plasma cutter? Well, now you can! Although, personally, I just shoot while hoping for the best.

Here am I floating ’round my tin can

While gunplay is an important aspect of Dead Space, a large part of the original experience is occupied by zero gravity segments. Thankfully, Motive also unveiled its plans to incorporate the feel movement aspects of Dead Space 2’s Zero-G into the Dead Space remake. Not only will Isaac be able to float through the corridors of the Ishimura freely, but he’ll also be able to interact with things like doors.

Sounds like an improvement, right? Well, Motive states the new Zero-G will help elevate the game’s immersion. According to Phillipe Ducharme, the free-moving mechanics will also contribute to the “fantasy of being in Space”. I mean, who wouldn’t want to feel exactly like they were in space with a bunch of cosmic zombies?

If Motive’s sneak peek live stream is anything to go by, the Dead Space remake looks to be a revitalised but faithful take on the original experience. While we won’t be boarding the Ishamura again until 2022, the game’s development already looks promising. Sure, some fans will argue that Dead Space doesn’t need a remake. However, if Motive’s vision for the series goes to plan, we could see naysayers change their minds by this time next year!

Are you dying to jump into the new Dead Space? Join the conversation on our social media channels!