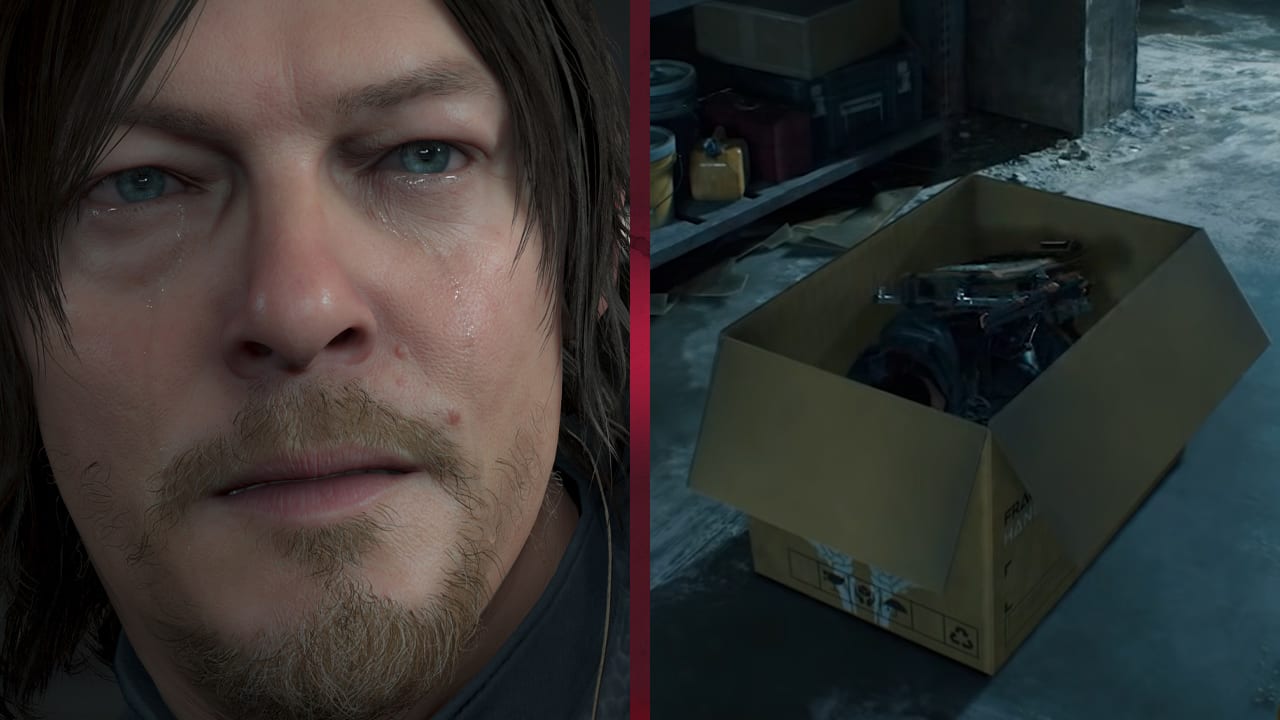 The Death Stranding Director’s Cut has been confirmed to be a PlayStation 5 console exclusive, at least for now, thanks to a recent ESRB rating.

The Director’s Cut was revealed with a new trailer and was heavily inspired by Metal Gear Solid. As we know, Metal Gear Solid is Hideo Kojima’s baby, who is also the developer of Death Stranding.

The trailer gave a hint of what to expect in the Director’s Cut, and what the new content might involve.

Additionally, we saw patrolling guards in a warehouse very reminiscent of the original MGS on the OG PlayStation. This trailer got fans’ excited in the hope that we might get some classic Kojima stealth in the Director’s Cut.

Thankfully it seems that might be exactly what we’re getting, however, it’s not all great news, especially for PS4 players. Rumours leading up to the reveal hinted that the game might release on PS4 and PS5.

Following the trailer reveal at Summer Game Fest, only the PS5 was mentioned. Despite this, some fans still hoped that we might get a release on both PlayStation consoles.

Is the Director’s Cut exclusive to PS5?

As spotted by Gematsu, an ESRB rating has all but confirmed that the Director’s Cut will be exclusive to PS5. Furthermore, the ESRB description also has an emphasis on stealth mechanics.

Death Stranding Director’s Cut (PS5) has been rated by the ESRB: https://t.co/avozcRxk0i pic.twitter.com/NFvOwfwIJG

Granted, you could already implement stealth mechanics in Death Stranding, but it certainly wasn’t anywhere near the level of sophistication compared to the Metal Gear Solid series.

Featured in the ESRB rating is a new line that did not appear in the rating description for the original release of Death Stranding. It reads: “In some stages, players can perform stealth takedowns of enemies (e.g., strangling characters from behind).”

Death Stranding Director’s Cut (PS5) has been rated by the ESRB: https://t.co/avozcRxk0i pic.twitter.com/NFvOwfwIJG

The stealth description reads a lot like what we could already do in Death Stranding using the Strand tool to choke out enemies. Yet, there is hope that this added emphasis might mean more.

More details are only weeks away!

At this time we can only speculate as to what new gameplay mechanics might be introduced in the Director’s Cut. However, seeing as the reveal was very Metal Gear heavy, there’s hope that this Director’s Cut might bring more stealth possibilities.