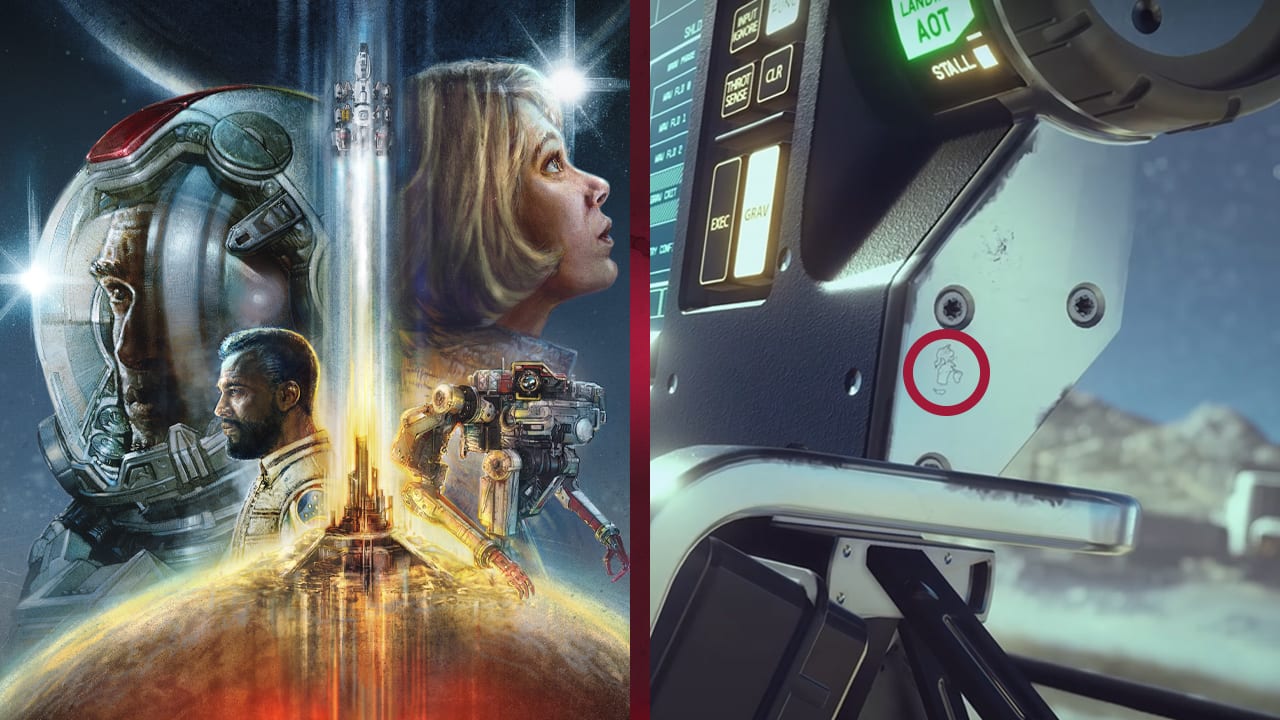 An eagle-eyed fan has somehow managed to spot an intricate Easter egg for The Elder Scrolls 6 in Bethesda’s latest trailer for Starfield.

Discovered by Reddit user huhwtfbleh, the easter egg almost looks like nothing at all. However, if you’re a nerd for anything Elder Scrolls, you’ll likely recognise exactly what this hidden reference is. To the untrained eye, huhwtfbleh’s findings look like mere discrepancies on the Starfield trailer’s ship interior. However, by zooming into the mark, it becomes clear that this blemish is actually a reference to the Elder Scrolls world map. How elaborate!

So, what exactly is this weird marking?

Well, as previously mentioned, the mark references the map of Cyrodiil. In particular, the seemingly meaningless smudge is actually the same shape as Hammerfell. If you’ve been keeping up with the latest Elder Scrolls rumours, then you’ll already know that Hammerfell is likely to be where the series is headed next. However, while this has been mere speculation up until now, the Starfield easter egg has added some validity to the rumour.

Of course, it’s worth mentioning that despite the easter egg’s blatancy, it still isn’t an official confirmation of The Elder Scrolls 6’s setting. After all, easter eggs are placed within games and trailers for a variety of reasons. Therefore, this reference could just be a bit of fun. However, the Elder Scrolls nod could also indicate that more news relating to the game is in the pipeline.

While this easter egg is bound to get Elder Scrolls fans excited, the series’ sixth instalment seems to be a while off yet. Despite being originally unveiled in 2018, reports have suggested that the game could be in development until 2026. Yikes! Nevertheless, it’s nice to see that Bethesda is still thinking about its high-fantasy series, despite being busy with the likes of Starfield.

What do you make of this obscure Elder Scrolls easter egg? Let us know on our social media channels. You can also grab more Bethesda games via the Gamebyte Shop!

Bethesda’s Starfield Has A Trailer And Release Date. Xbox Exclusive