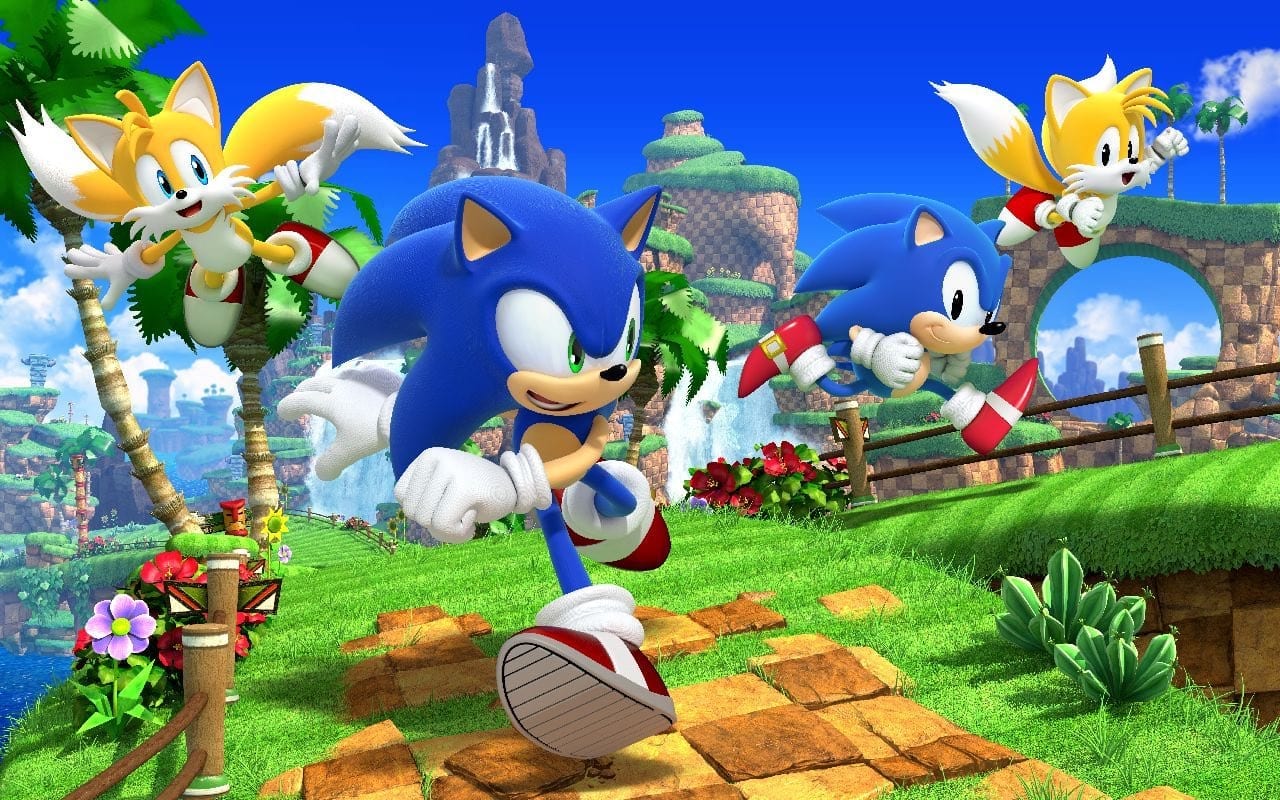 Sonic’s 30th anniversary is finally getting underway and it’s a very exciting time to be a fan. With all sorts of strange news about leaks or changing voice actors floating around the internet, we’ve finally got confirmation of a shiny new title heading our way in 2022.

While long-time fans gear up for their next adventure, if you’ve never dabbled in the series before you might be wondering where to jump in first.

While Sonic games are mostly standalone, there have been many highs and lows in terms of quality. Here are few games that have the thrill of Sonic’s speed without too much of the messy baggage some entries are weighed down by!

Sonic The Hedgehog 2 is your go-to game if you’re looking for the most classic 2D Sonic experience and you’ve never played any in the series before. While the first game is a gem in its own right, 2 is your best bet for a first-timer. They manage to make the gameplay more refined, with iconic additions such as Sonic’s spin dash, but keep the simple and clear aesthetic of the original.

Meanwhile Sonic The Hedgehog 3 & Knuckles turned the series on its head back in 1994. Two games that come together to form a complete package, these games are an insane visual leap forward for the series. With more cinematic scenes than before, and a large focus on distinct level set pieces. We also get the first introduction of a real rival character in Knuckles, and he gives a great new alternate gameplay style to boot.

While these games are a definite must-play for anyone who finds themselves enjoying the franchise, you might want to go back and play Sonic 2 first though, as it really demonstrates the sheer innovation the team managed to achieve. The second game has more of a pick-up-and-play feel perfect for first timers, whereas this game is more of an epic adventure, slowing the game down a little to accommodate this. Lucky for first timers, the original trilogy along with Sonic CD are all going to be available in the new 2022 Sonic Origins collection, so we wait for more information on that eagerly!

Are 2D games not your speed? Then why not try Sonic’s first step into the third dimension in Sonic Adventure. Introducing some amazing level designs with six distinct playable characters, you certainly got value for money in this bold entry into the series.

While many would recommend Sonic Adventure 2 for a richer and darker story, the original Adventure has much more open levels, and a colourful explosion of locations more akin to the original trilogy’s design style.

This is very much a product of its time, and screams 90s from the graffiti-styled cover alone. There are clunky parts, there are characters with much less polish than others, but if you can look past some of the more aged elements you can find some of the most fun levels, and you can appreciate SEGA’s brave attempt to not only one-up Mario with voice acting but an intertwined narrative with six different perspectives.

Sonic Rush is not only one of the best Sonic games, it’s one of the best Nintendo DS games to boot. This game introduced the boost mechanic to the franchise that would define the blue blur for the rest of the modern incarnation. With an insanely good soundtrack, strong visuals and an introduction of the coolest female character in the series, there’s loads to enjoy with Rush even if you’ve never picked up a Sonic game before.

Sonic Colours was a breath of fresh air to many fans when it hit stores back in 2010. During the 2000s SEGA played around a lot with strange gimmicks to keep Sonic fresh and kicking, and while Colours still has a few tricks this was the first mainline game where you only played as normal Sonic the whole game.

Colours was the founding place of the Wisps, cute alien-lifeforms that give Sonic a wide variety of skills. While some are familiar friends, giving him back his old spin-dash or hovering abilities like Tails, others see him break boundaries as a living laser or the power to devour everything in his path.

Not got a Nintendo Wii or Wii U handy? Have no fear because Sonic Team has just announced that Colours will be zooming onto Nintendo Switch, PlayStation 4, Windows PC, and Xbox One on September 7th as Sonic Colors: Ultimate!

Sonic Generations is a rollercoaster ride of some of the series’ very best. By giving each mainline entry a level each to show off their stuff, you get a quick runthrough of the titular mammal’s entire catalogue. While you might think it strange to suggest a highlight reel of levels as your first ever Sonic title, this game manages to bring you a great taste of his classic and current playstyles, taking one level as 2D Sonic and one level as modern Sonic each.

Listen to remixes of some of the best music as you boost your way through his most iconic locations. This can help you decide which style of game you prefer, and maybe you’ll be so curious you pick up the older titles to compare with their Generations revamps.

This game was also lucky enough to be spoiled for choice when it comes to PC modding, so if you don’t like what you find here you might be able to add it in easily!

Sonic Mania saved the franchise for many, going straight back to that classic style of the originals but polishing its standards to a level that most modern games only wish they could reach. Amazing visuals with quicker gameplay that really manage to bring together the best aspects of the entire 2D side of the series. Put together by a team of fan game makers hired by SEGA, you can tell that this is one of the most passionate entries we’ve got in the last 20 years.

Playing this style of Sonic game on portable consoles like the Switch is a game-changer, allowing you to take your time, have breaks on annoying bosses, and make the whole thing reach a new level of comfy enjoyment. This one is cheap, cheerful and maybe one of the most consistent games that SEGA have ever put out. You can get it on so many consoles for next to nothing, so there’s no excuse not to consider giving it a quick go!