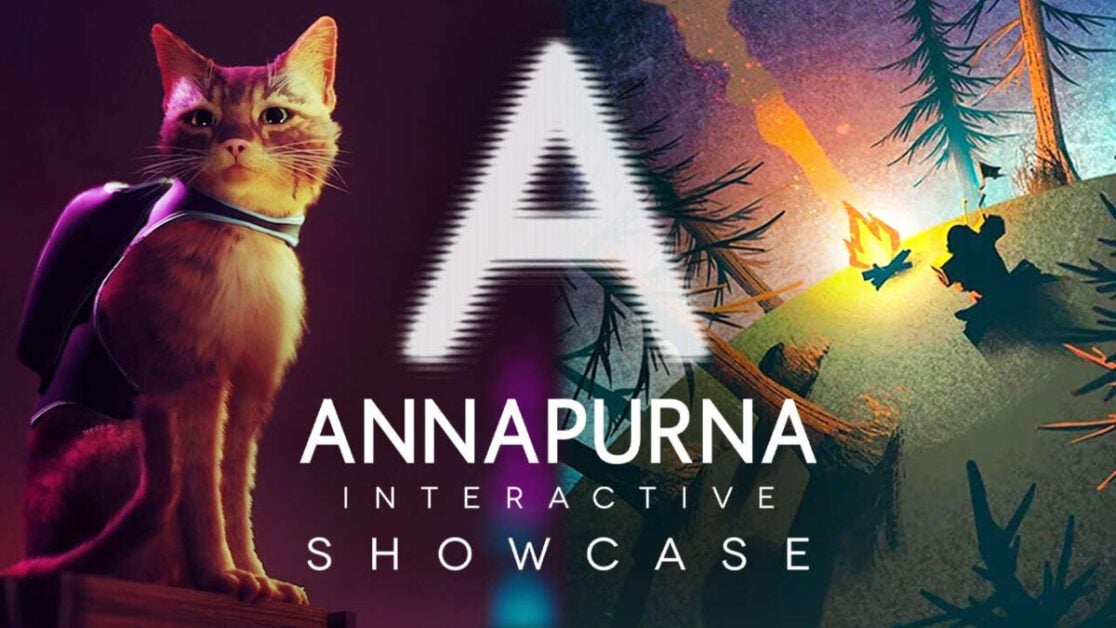 Annapurna Interactive hosted its first ever digital showcase last night, July 29th. During the livestream, the boutique publisher dropped a large number of interesting reveals and updates on some fantastic games releasing in the next few months.

It goes without saying that many of our favourite games at GameByte also happen to be published by Annapurna. So last night’s livestream was definitely an exciting time to see what’s on the horizon.

If you missed the showcase and are catching up, we’ve got a list here of everything that was shown during the half-hour stream.

In addition to the heavy slate of games it already has lined up for 2021, Annapurna also revealed two new titles which will be coming at some point in the future.

The first is A Memoir Blue, an interactive poem about the all-encompassing love between a mother and daughter. It uses a unique visual style that combines hand-drawn and 3D art depicting this magic-realist journey, blending the series of gameplay sequences to tell the story of a woman reconnecting with the love she shares with her mother.

A Memoir Blue is due out on PC, Xbox, PlayStation, Nintendo Switch and the iOS App Store soon. You can check out the emotional trailer below.

The other new game revealed during the Annapurna Showcase is a bit more structural, but looks extremely interesting. It’s called Storyteller, a puzzle game where you’re given a bunch of different characters, settings and emotions and it’s your task to build a story around them.

The trailer gives us an example of telling a story of tragedy, and so you must place these characters and scenes in such an order that matches up to that. Developer Daniel Benmergui promises you will create everything from supernatural fantasies to Shakespearean tragedies, so there is definitely a wide array of different stories you’ll be able to conjure up.

With many already-announced projects still on the horizon, Annapurna also took the time to update us with new trailers, release dates, and more.

The psychedelic musical adventure game The Artful Escape is coming to PC, Xbox Series X|S and Xbox One on September 9th. It stars the voices of actors like Lena Headey (Game of Thrones) and Mark Strong (The Kingsman series).

The Artful Escape tells the story of a teenage guitar prodigy who sets out on a multidimensional adventure to confront the legacy of a dead folk legend and inspire his stage persona.

Although it doesn’t have a release date yet, Neon White also got a funky new trailer. It’s a fast-paced action game that reminds me a bit like a mix of Dishonored and Mirror’s Edge. It has aspects of deckbuilders and visual novels too to give it a bit of extra flair, but definitely looks like it’s shaping up to be something really cool.

In terms of other updates, Solar Ash got a new trailer showcasing some more of that game’s absolutely gorgeous world and traversal mechanics. It releases on PC, PS5 and PS4 on October 26th.

Skin Deep, the quirky yet immersive first-person shooter also got a new trailer expanding on some of its mechanics. Though no release date has been confirmed yet, it’s shaping itself up with a very unique vibe.

For those hoping to play Stray, the adventure puzzler starring a cat in a world of androids, you may still have to wait a while as the game was pushed back from its original 2021 release date to early 2022.

To make up for the delay, BlueTwelve released a gameplay walkthrough showing some more of its vibrant cyberpunk world along with some snippets of different puzzles and obstacles you’ll be facing.

One thing I really like about Annapurna Interactive is the way it highlights the talented studios under its belt. In last night’s showcase, the publisher announced four new partnerships with game developers from all over the world.

Outer Loop, the developer of Falcon Age, will be publishing a new game with some hired talent consisting of a diverse group of game developers. Headed by Chandana Ekanayake, other developers working on this new title include Meg Jayanth (80 Days, Horizon Zero Dawn), Cassandra Khaw (Sunless Skies) and Vijay Krish (Absolver).

Meanwhile, Annapurna is partnering with veteran game developers Davey Wreden and Karla Zimonja under a new studio called Ivy Road. They had previously worked on games like The Stanley Parable and Gone Home. They are also working with Minecraft composer Daniel Rosenfeld, aka C418, who will be creating music for the game.

A decade after launching the hit Sound Shapes on PlayStation Vita, developer and musician Jessica Mak is also working on a new game. Mak says this new title will emphasise music in the same way they utilised it for their previous games.

Scottish games studio No Code, made up of former Alien: Isolation developers, will also be making a game with Annapurna. If you haven’t played No Code’s last game, a sci-fi horror called Observation, you really should.

So that’s at least four more games in the pipeline for Annapurna. Although the details are still extremely light, just knowing the talent behind these development studios is enough for us to get excited about it.

Annapurna has announced new platform updates for some of its games already out, with Telling Lies and Gorogoa coming to Xbox Game Pass soon. The darkly melancholic What Remains of Edith Finch has been confirmed for iOS on August 16th too.

On November 16th, open-world adventure game The Pathless is releasing on Steam. If you ever played Shadow of the Colossus, this game definitely scratched that same itch for me. The quirky I Am Dead is also coming to Xbox and PlayStation on August 9th. It’s great that more players will soon be able to experience these gems.

For the final announcement of the evening, Outer Wilds developer Mobius Digital announced a new expansion for the game called Echoes of the Eye. We already guessed this was coming due to new achievements making a mystery appearance on Steam, so it’s great to finally have confirmation.

From the sounds of it, there’ll be new planets and a new storyline to follow to expand on the exploration-based puzzles and storytelling that made the original game one of the best of 2019. Echoes of the Eye is due for release on September 28th.

Overall then, that’s a lot of things to look forward to in the coming months. I’m particularly excited to finally get my hands on Stray, but The Artful Escape and A Memoir Blue also look right up my alley.

What were your favourite announcements made during the Annapurna Showcase? Let us know on our social channels!