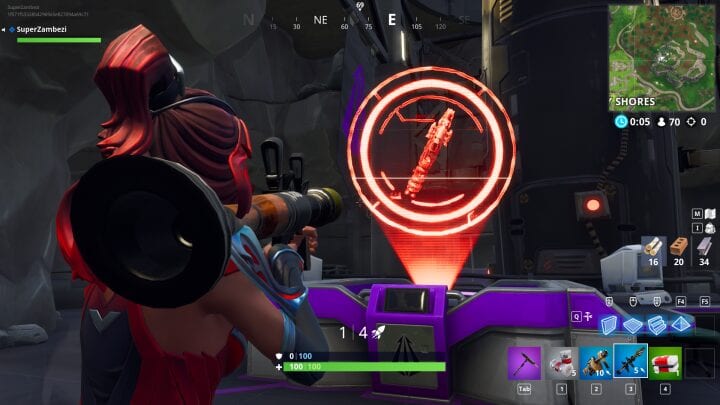 It’s that time again – the latest Fortnite Season, namely 4, is slowly drawing to a close. It brought us some pretty epic stuff, so expectations for the next season are higher than ever. This season brought us craters, hop-rocks, super villain lairs and some pretty cool-looking new suits – we’re hoping season 5 will be able to top that. 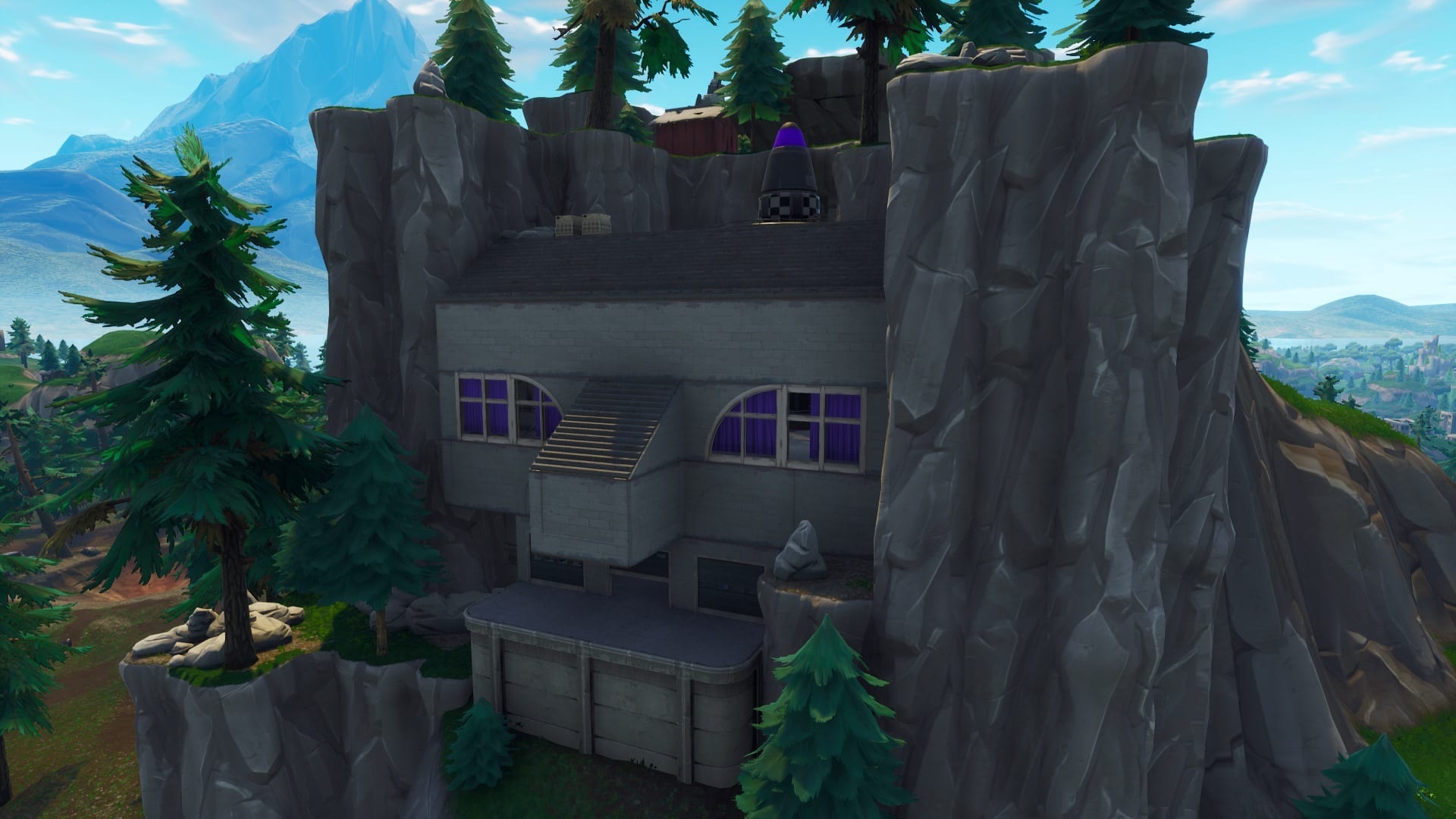 There is still some time left before this season is over. Just over two weeks are left on this season with its action-movie theme. If we look back a little further, to the end of season 3, you may remember that Season 4 was already teased and hinted at before 3 even finished. There was a mysterious comet, a rain of meteors that ended up destroying Dusty Depot and more.
The same thing is happening for Season 5 already. If you play regularly, you’ve probably noticed the on-going changes to the map. Hop rocks are being transported towards the villain lair near Snobby Shores, the meteor in Dusty Divot broke and revealed an empty capsule and so on. 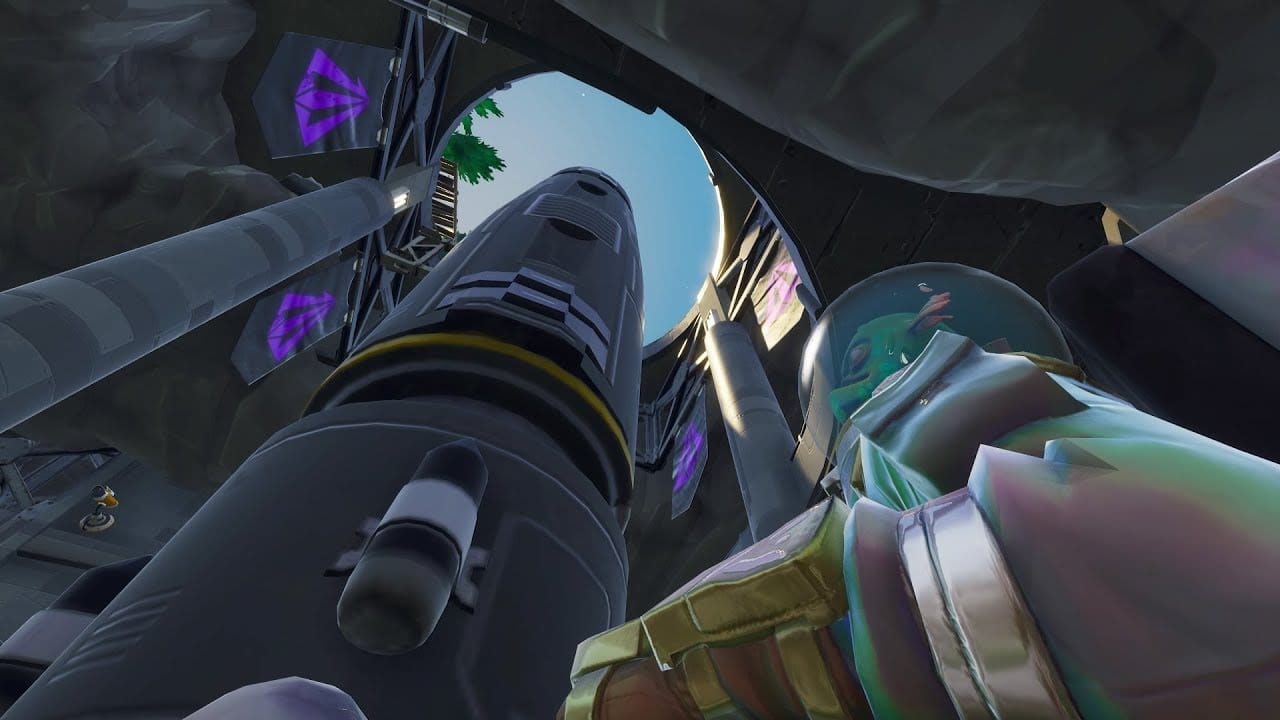 The big hint for next season seems to be in the lair itself – the big missile. Skulls appeared on televisions all over the map, exactly the same skull that can be seen being projected from the back of the mountain with the missile in it. 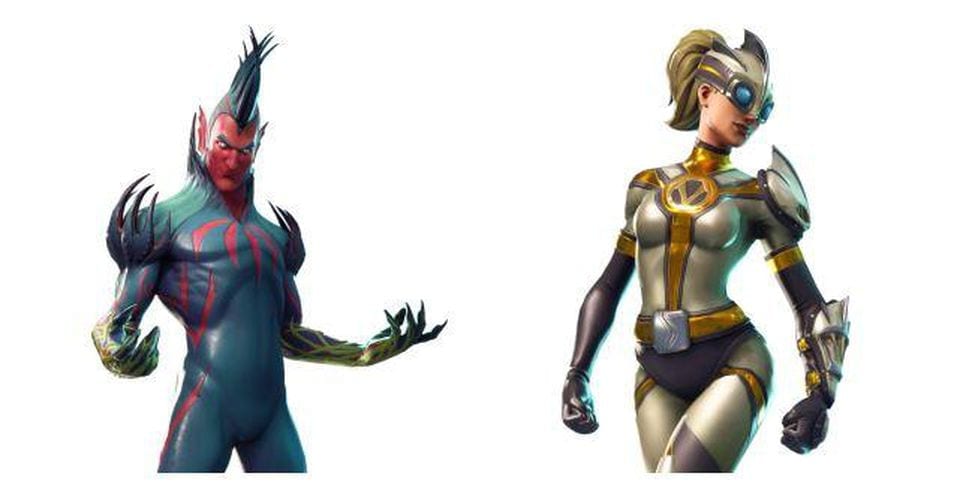 Between that and the transported hop-rocks it seems like a safe bet that the missile is going to be taking off…and possibly coming back down again. A mysterious, indestructible bunker has appeared in Wailing Woods and suggests that that is where the next bit of mayhem may be going down. 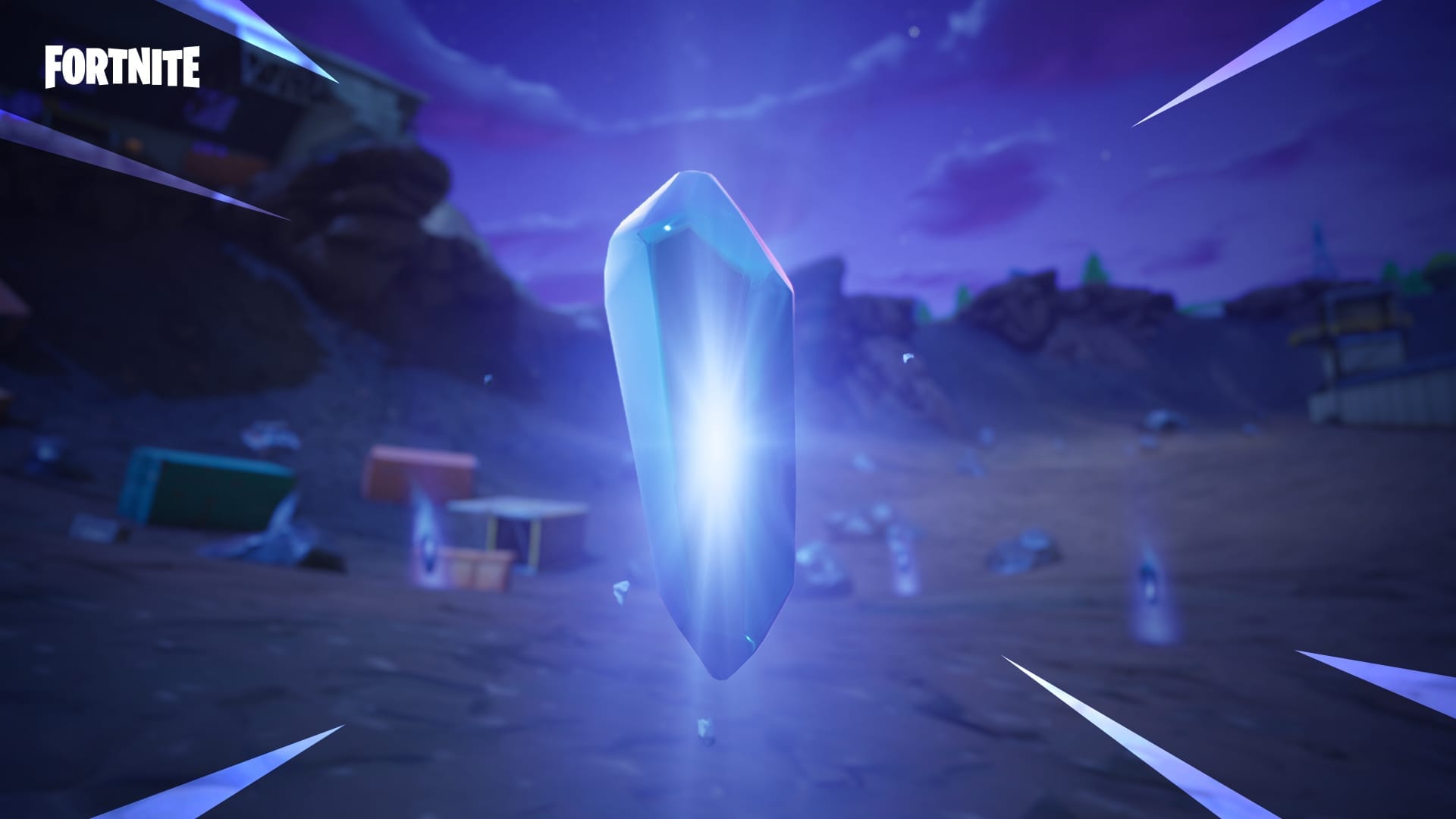 It would make sense too – Wailing Woods isn’t exactly the most exciting area on the map. Other than the hedge maze, there isn’t too much to do there, and the trees while great for resources aren’t exactly ideal for big builds and the like. 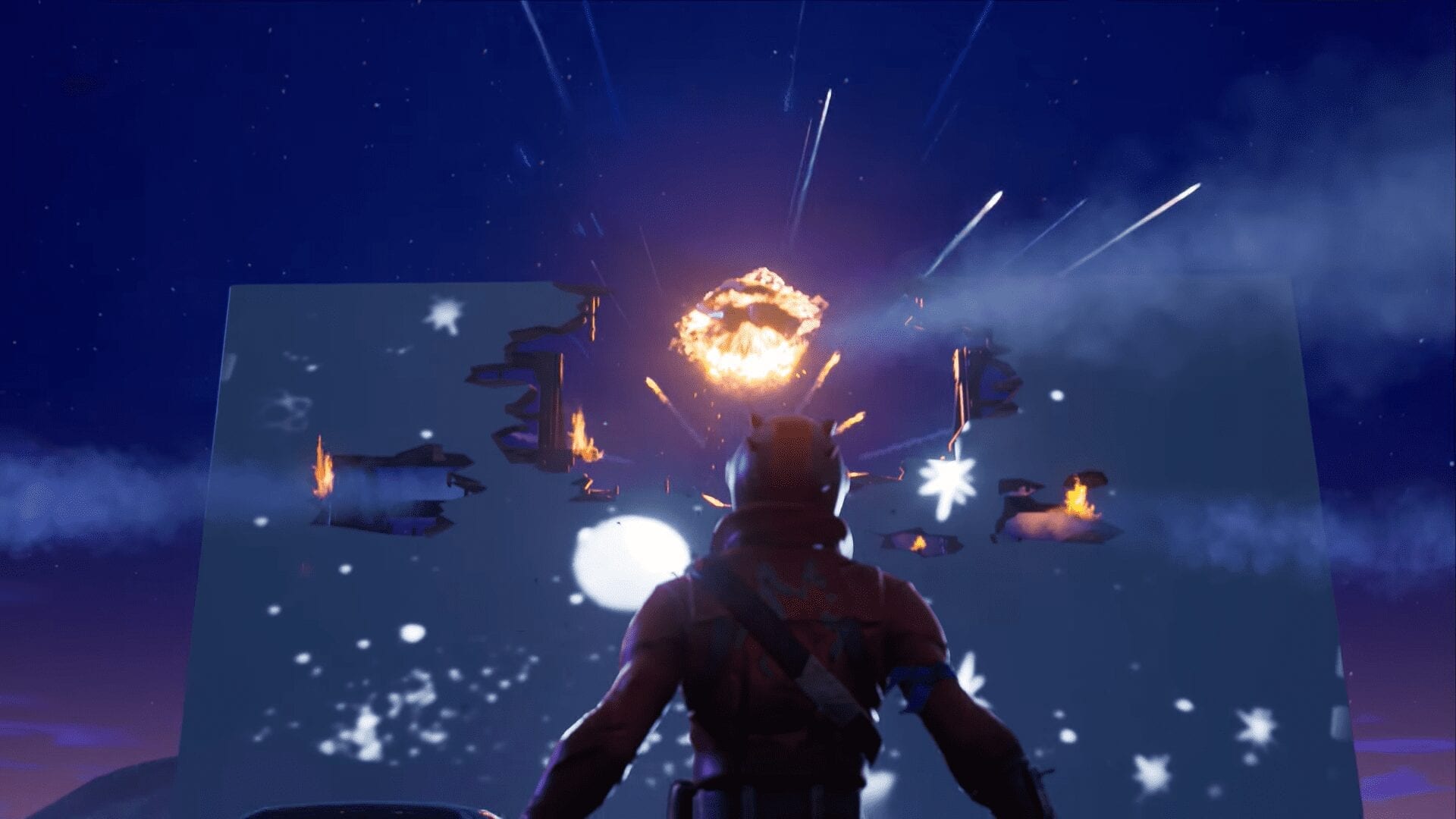 A leaked map of season 4 week 9 shows that the missile will in fact be gone very soon, and what is currently a construction site in Tilted Towers will be a new tower soon enough. 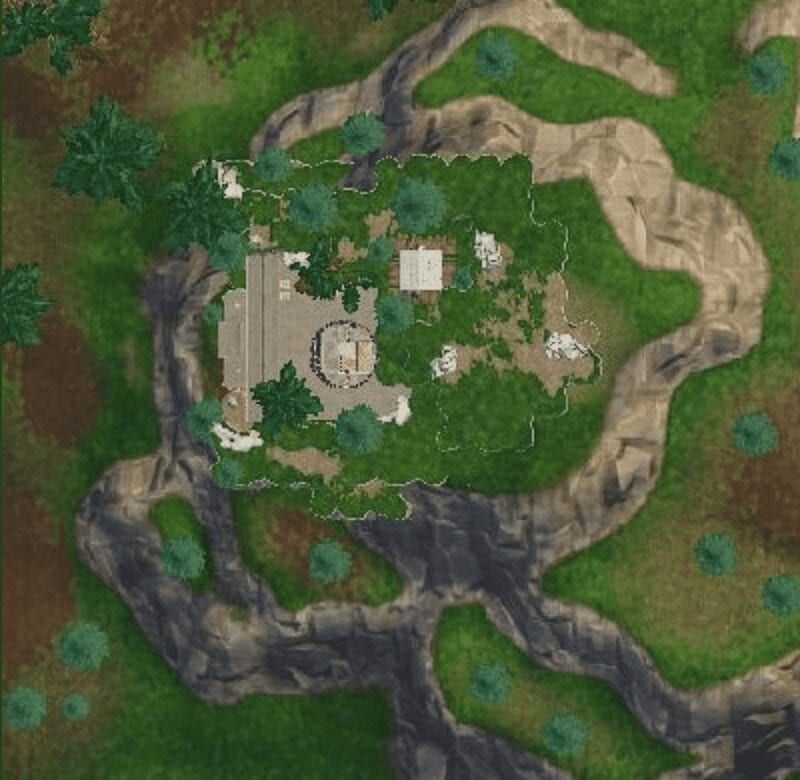 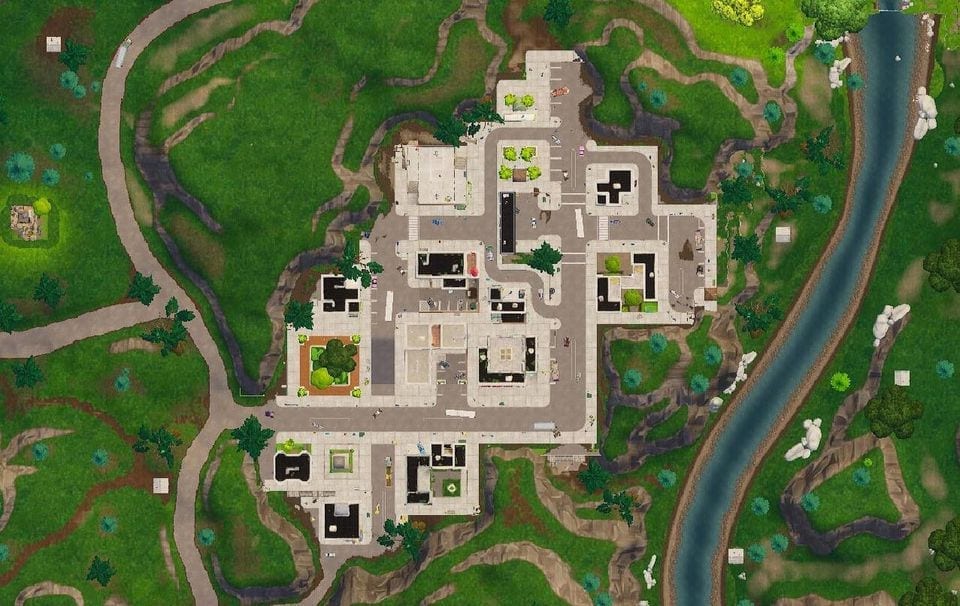 The leaked map is aerial view only, so we don’t know exactly what it will look like, but we do know that things are going to change. Dusty Divot will also likely be completely overgrown soon. Every week has added more trees, so by the end of this season, it will likely be covered in grass again, and perhaps the meteor research site in the middle will be abandoned. 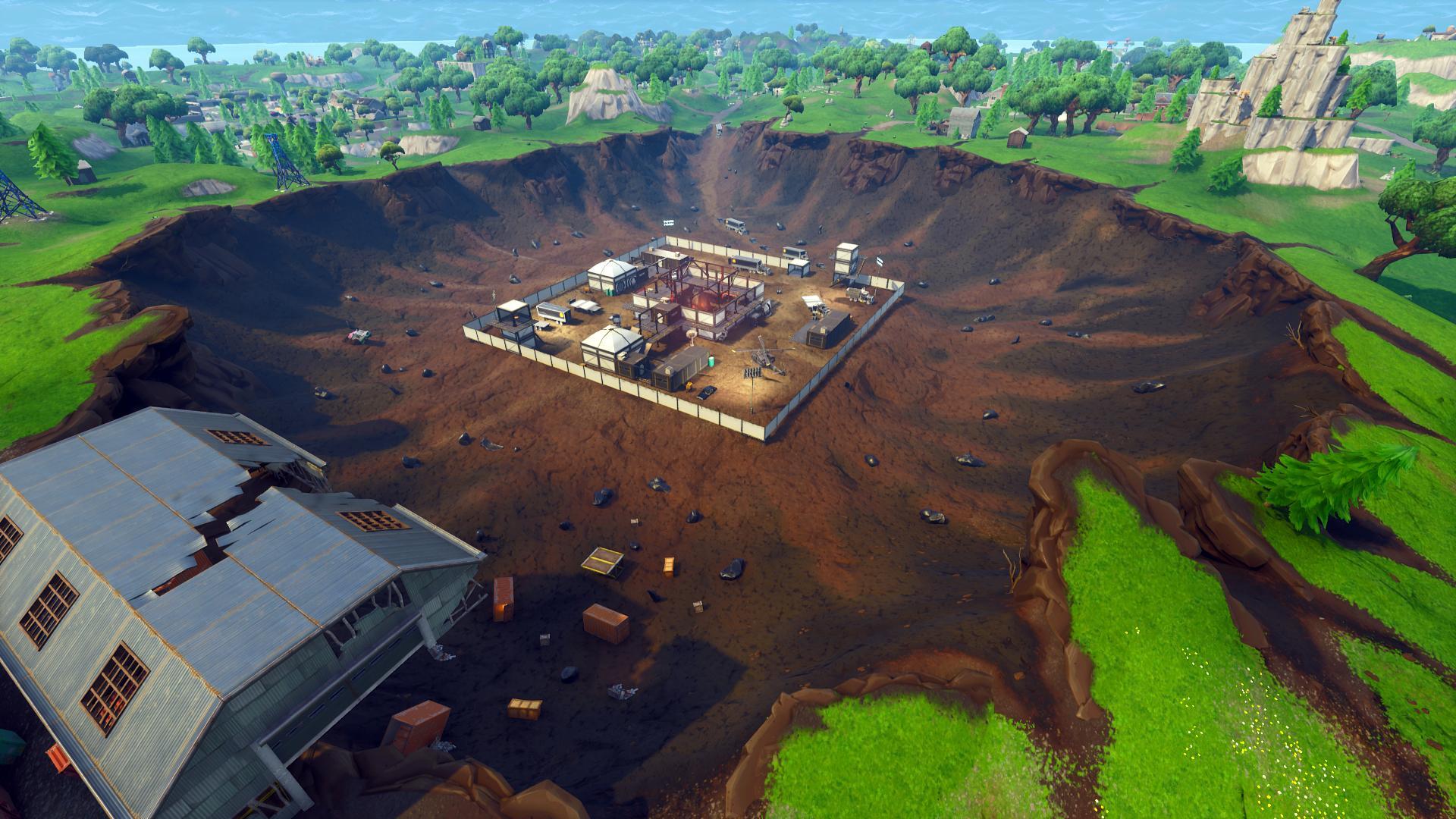 Some fans on Reddit are speculating that there may be something different about the trees growing in Dusty Divot next season. Why?

Well, they grew from soil fertilised by hop-rocks. While there isn’t any evidence to support this, it is an interesting theory and it does have potential. Though unlikely, they could give a different or unusual resource, infused with the power of the rocks. While a fourth building material is unlikely, it’s not impossible, nor are changed trees. 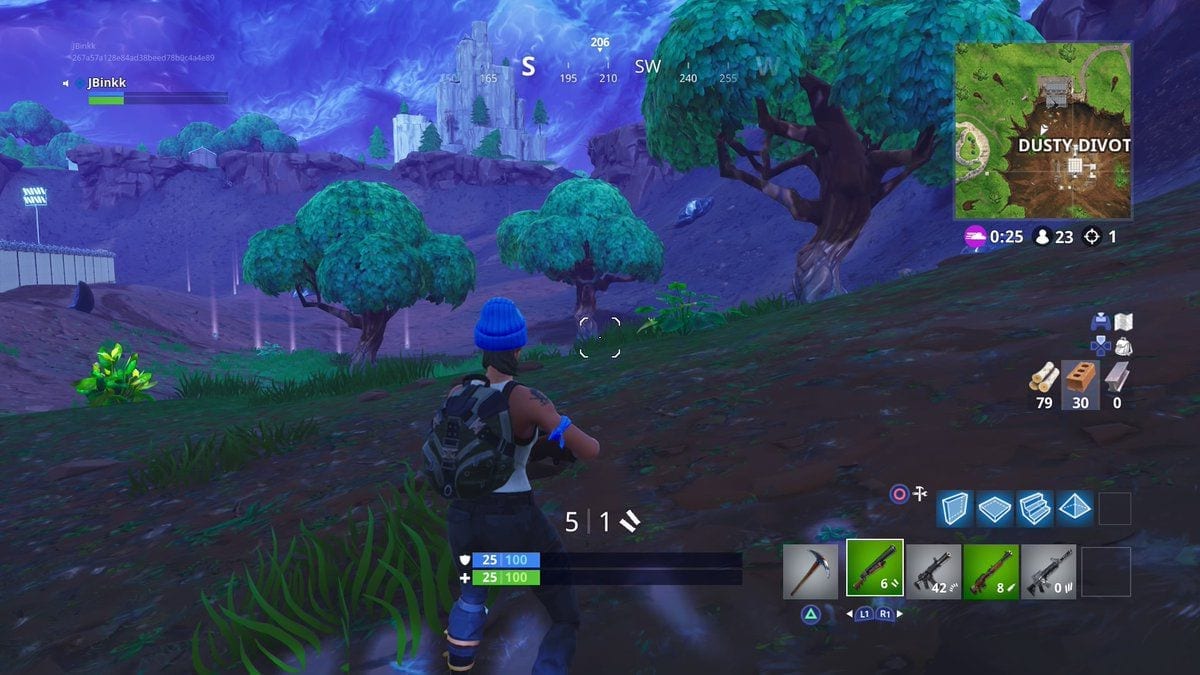 One such fan theory has already been disspelled by the leaked map – fans suspected that launching the rocket may be an in-game activity much like dancing in the little disco near Loot Lake was. Though plausible, the leaked map reveals this won’t be the case. Pity – there is something interesting about launching a supervillain’s rocket!

It’s incredibly unlikely the site will still be of any importance next season – while in this season it played a major role and was one of the biggest changes Epic Games made to the map, it’s unlikely it will still be important next season.

The official end-date for season 4 is July 12, suggesting that season 5 could start as soon as July 13, or perhaps a few days after that if Epic takes their sweet time with the updates. There is no info yet on what sort of new skins, emotes and items or weapons we can expect next season, but that’s okay – we are still plenty busy with the recently added stink bombs and the somewhat elusive shopping carts that seem to be plagued by bugs more often than not.