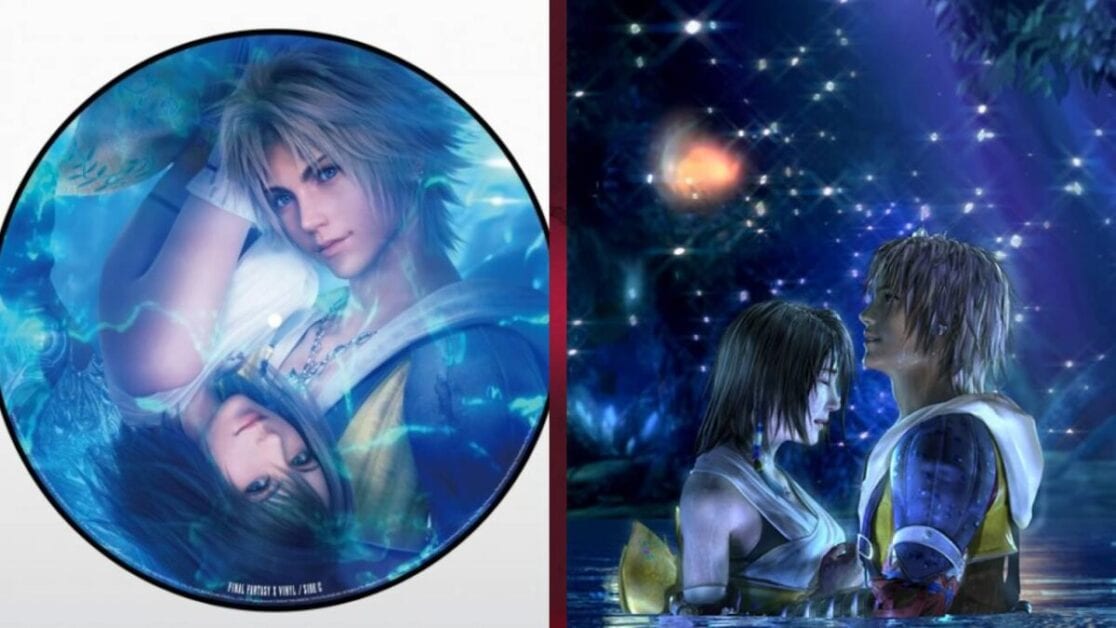 Look, everyone knows how great the music from Final Fantasy is. However, that’s not going to stop us from getting excited about Square Enix’s recently announced Final Fantasy 10 picture disc vinyl soundtrack!

Now, I know what you’re thinking; surely Final Fantasy 10 has been released on vinyl before. Well, surprisingly, the answer is no. While video game vinyl soundtracks have become a norm, vinyl was considered obsolete back in the early 2000s. However, thanks to the format’s resurgence, fans of the PS2 era RPG can now experience Final Fantasy 10’s soundtrack in true audiophile fashion.

Need a reminder of exactly what’s on Final Fantasy 10’s soundtrack? Here’s a handy disc of tracks, courtesy of the Square Enix Shop:

Of course, being a picture disc, this collector’s piece is more than just a soundtrack. In fact, fans who ship Tidus and Yuna will be pleased to know that the disc features various stills of the duo. While the images on each disc should be instantly recognisable, it’s nice to see side A feature one of the most romantic scenes in video game history.

Hopefully, this Square Enix vinyl release signifies that the publisher is actively thinking about the franchises tenth entry. Last week, we learned that Final Fantasy 10-3 could potentially happen in the future, so perhaps there’s more in the pipeline for the series’ anniversary. New games aside, it’d also be nice to see more Final Fantasy soundtracks released on vinyl. I mean, who wouldn’t want to listen to Rose of May in the most antiquated way possible?

Are you going to pick up this Final Fantasy 10 Vinyl? Let us know on our social media channels!