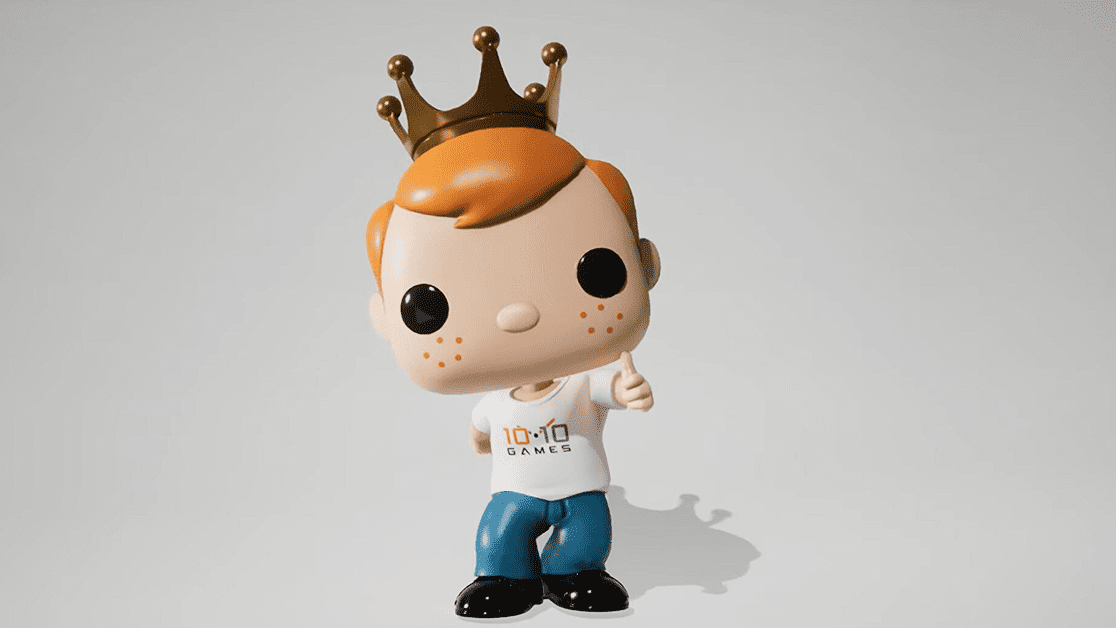 Funko, the toy company behind POP figures, is teaming up with brand new studio, 10:10 Games, to release a AAA game in 2023.

Funko announced at San Diego Comic-Con last weekend that they will be teaming up with a new game studio, 10:10 Games, to start developing and producing its first AAA game.

Alongside the announcement featured a teaser trailer. The trailer featured footage of Funko’s mascot, Freddy Funko, wearing a 10:10 shirt and becoming excited with the news. It ended with Freddy trapped inside a Funko POP box, with the words ‘unboxing soon’ hovering above.

As revealed in the announcement footage, Funko is teaming up with the new studio 10:10, founded by Jon Burton. Burton is known for being a founder of game studio, Traveller’s Tales, and for working as a designer on projects such as Mickey Mania, Sonic 3D Blast and the Lego Star Wars series of games.

“Funko is an iconic brand that truly understands the ingredients it takes to develop a world class video game”, states Arthur Parsons, Design Director of 10:10 games on their website.

“10:10 Games is thrilled to bring to life a new experience for their fans and video gamers alike.”

First Game Slated For A 2023 Release

The 10:10’s website, states its first game is a “Premier Title Slated for 2023” and will be released on current-gen consoles and PC.

“Funko and 10:10 Games will focus on developing AAA content for current and next gen consoles and PC with the still untitled release. At the panel, the executive team shared that this first game, in addition to being an action platformer, will have major third-party studio integration and is expected to have a “T” for teen rating”,  they explain.

There isn’t much other information to go by, however, I’m surprised by the idea that their first game could come as soon as next year. The teaser trailer revealed what looks like test footage, rather than gameplay.

It’s unusual for what is promised to be a “AAA game”, for there to be a trailer reveal that alludes to absolutely nothing about the game itself. Apart from it being likely that Funko’s mascot Freddy Funko will be featured.

However, knowing Jon Burton is involved, as the founder of 10:10 games, does sound promising for the first Funko video game. He’s worked on some of my favourite titles from the 90s, like Toy Story 2: Buzz Lightyear to the Rescue, which I have even been replaying via the Classics Catalog on my PS5.

Despite not being a fan of Funko’s POP figures, I am of their other products which don’t involve the button eye square headed toys. And with Burton’s 10:10 being at the forefront of development, Funko may have a game to get us excited for in 2023.