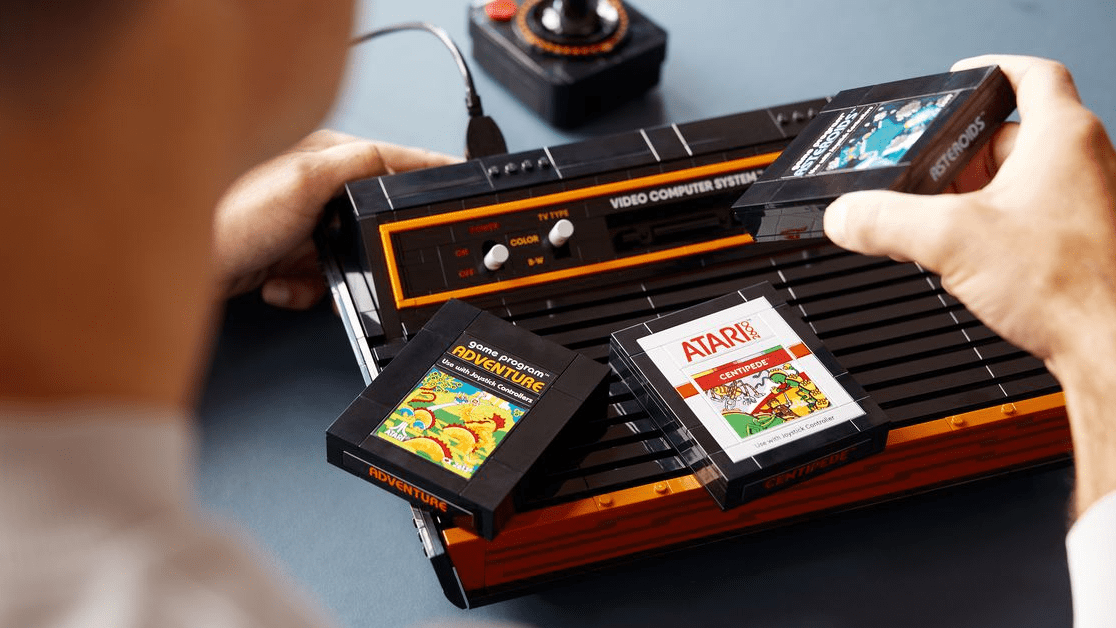 The LEGO company wants you to take a trip back to the 80s with its newly announced gaming-inspired set, the Atari 2600.

It’s been a great few years for fans of both LEGO and video games. Most recently we’ve seen the announcement of The Mighty Bowser, a new set part of LEGO’s Super Mario series. Catering to a slightly older generation, we had the LEGO Nintendo Entertainment System (NES). It involved not just a replica build of an NES, but also an old CTV. Which you could actually move Mario on as if you were really playing the game.

We now have another classic 80s gaming console, returning in LEGO form, with LEGO’s Atari 2600.

The Atari 2600 set has been lovingly designed by Lego Designer Chris McVeigh.

“Working on this project in time for Atari®’s 50th anniversary was a dream come true”, McVeigh states on the LEGO website.

Comprising of 2,532 bricks, the Atari 2600 comprises a build of not only the unit itself but cartridges featuring some of its popular games.

Adventure, Asteroids and Centipede are available as buildable 3D vignettes, and there’s a cartridge holder too which you can store the classic games in. You can also insert the games into the Atari, as you would with the real thing.

There’s even an Atari joystick, which you plug into the console.

The coolest feature of the set though has to be the room scene which appears by pulling the unit forward. A mini-fig, which comes with the set, can be found playing their own tiny Atari 2600 within a game room that looks straight out of the 1980s.

LEGO’s Atari 2600 set is part of their Icons line, a line of sets specifically catered towards its adult fans and builders.

The Atari 2600 was originally released in 1977 but many associate it with the 80s. Probably due to its huge popularity at the early start of the decade. 1982 saw the release of Pac-man on the console, which generated around 12 million sales of 2600, and sky-rocketed it as the predominant console of its time.

The LEGO Atari 2600 feels right at home with other sets such as the Optimus Prime, Ghostbusters ECTO-1 and the Back to the Future Time Machine set, which are all part of LEGO’s Icons line. All extremely iconic builds based around pop-culture icons of the 80s.

It’s a bit passed my time, as I’m a 90s kid, but as a gaming and console enthusiast, I can’t deny the importance of the Atari 2600.

The detail LEGO has gone into to recreate the console, makes me excited for future sets inspired by the consoles that I grew up with.