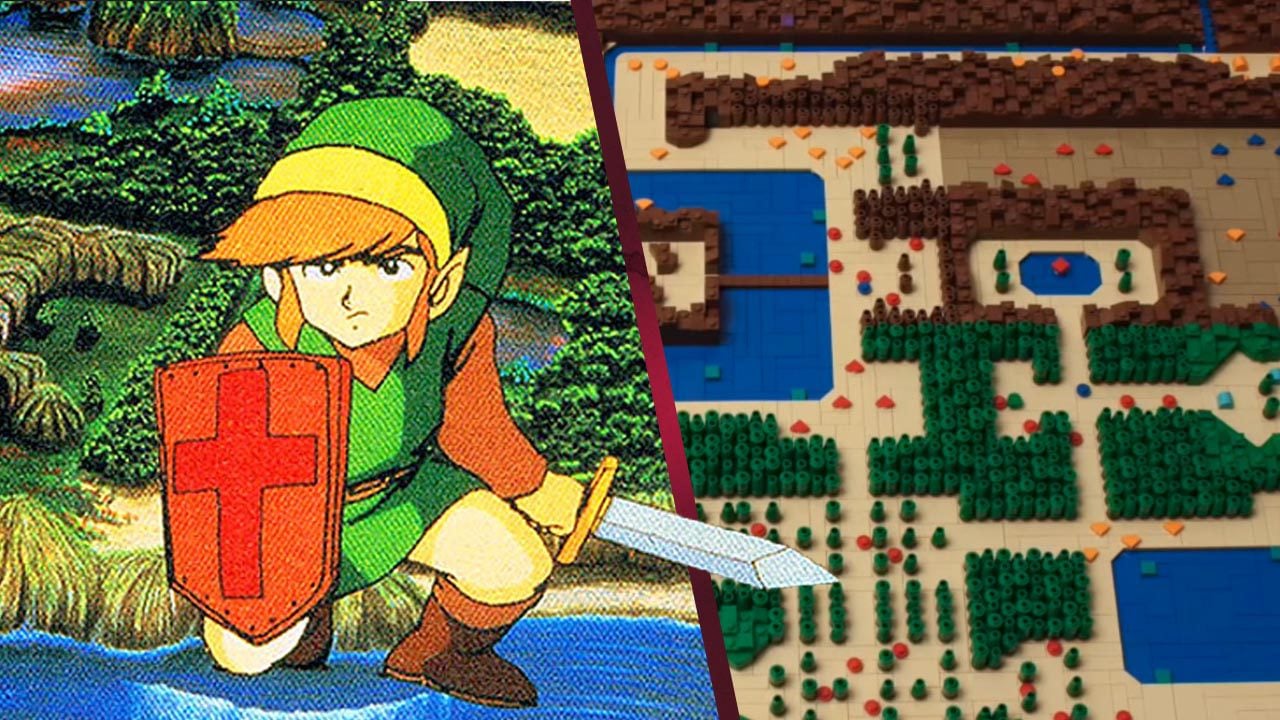 An incredibly dedicated fan has remade the original NES The Legend of Zelda map entirely out of LEGO.

LEGO and pixel art can often be a match made in heaven. And this fan has proven that that is definitely the case with their incredible Legend of Zelda Map recreated out of LEGO.

Ian Roosma uploaded a video showing off the creation and all of its ridiculous detail. The LEGO map is expertly detailed, consisting of 25,000 LEGO bricks, 779 trees, and 493 enemies. And it stands at 30″ tall and 86″ wide. It certainly acts as a statement piece.

In an email to Kotaku, Roosma explained why he decided to take on the project. “I was looking for something that had personal meaning to me,” said Roosma. “Zelda on the NES is particularly nostalgic for me because it was the beginning of open-world games for me. The developer just drops the player off somewhere and you decide where you want to go and what you want to do, it’s the best type of game.”

Roosma also said that the original NES Zelda was the first game he ever played, adding to the nostalgia. The bricklayer used a site called Bricklink to collect all the pieces he needed, a site of independent brick sellers that let Roosma get all the pieces he needed. And obviously all that paid off, as the finished project is incredibly impressive.

LEGO fans really can go the distance with their projects. One fan made LEGO versions of the PS5 and Xbox Series X. And they submitted them as LEGO Ideas too, so if we’re lucky they will be turned into real sets. Though if you want the Zelda map, you’ll have to build it yourself.