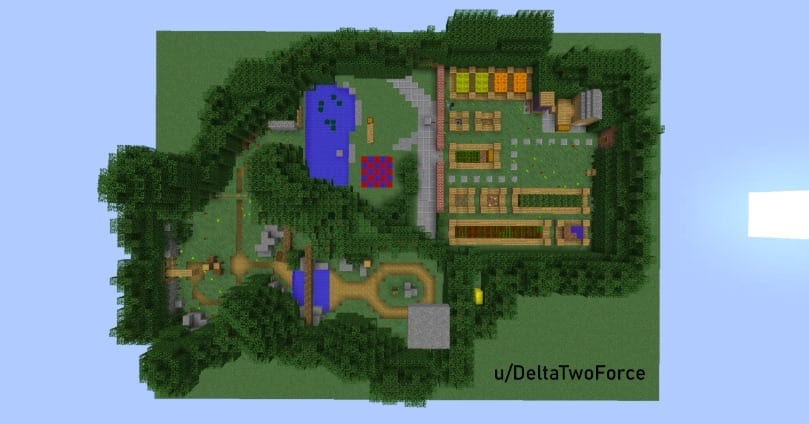 One of the best – and most bizarre – games of 2019 has to be House House’s Untitled Goose Game. The game sees you play as a mean ol’ goose as you fulfil objectives and general terrorise the neighbourhood. It’s funnier than it has any right to be, and it’s been taking the internet by storm since it launched earlier this year.

Players have been having a blast mod the Horrible Goose into the likes of Resident Evil 2, and making memes left right and centre, but now we’ve got something possible even more remarkable: a complete rebuild of Untitled Goose Game within Mojang’s Minecraft.

As shared to Reddit by pro builder DeltaTwoForce, each section of Untitled Goose Game has been painstakingly and lovingly recreated within Minecraft.

The user writes of their success: “I rebuilt the first level of Untitled Goose Game in Minecraft because I’m making a mod for Minecraft called ‘Untitled Chicken Mod.'”

Unfortunately it’s not available for all just yet, but with over 13k of upvotes at the time of writing, it’s clear that demand for Untitled Chicken Mod is high.

If you haven’t yet played House House’s recently-released Untitled Goose Game then you’ve more than likely seen a YouTube video, livestream or at least a meme about the phenomenon by now. That mean ol’ goose is one of the biggest highlights of the year, and is even up for an award at The Game Awards 2019.