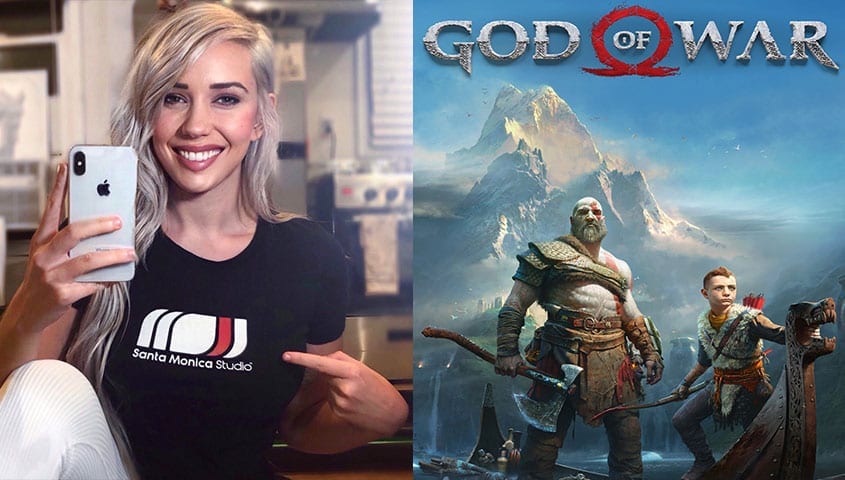 Former IGN and Rooster Teeth employee, as well as podcaster and YouTuber, Alanah Pearce has announced that she has joined God of War developer SIE Santa Monica Studio as a writer.

Alanah Pearce announced the news on her social media pages after recently leaving her last position at Rooster Teeth.

Pearce will be working with Santa Monica Studio on an “undisclosed project” which doesn’t necessarily mean it’s unannounced; it’s just that the studio doesn’t want to tell you what the game is.

Right now we know that Santa Monica Studio is working on a sequel to God of War 2018, making it entirely possible that Pearce will be helping to develop the story, expected to release for PlayStation 5 in 2021.  Whether she might be helping to finish up the main story or side-missions is unknown – after all, we don’t even know for 100% certain that it’s GoW she’s writing for. It could mean she’s helping to develop an entirely different game altogether.

Pearce said on Twitter: “I’m finally allowed to announce my new job… as a video game writer at Santa Monica.  Who you probably as the studio who make God of War.

“I am so, SO proud to be a part of this incredible team”

In a follow-up tweet thanking her followers for all the love and well wishes, Pearce revealed that she’ll be starting as a “junior” writer which is essentially a trainee position.

The official Santa Monica Twitter page also welcomed Alanah Pearce as a member of the team “Welcome to the team! We’re lucky to have you on board”

Alanah Pearce revealed in her latest YouTube video that transitioning from press media to video game writer is something that she’s been working towards during the last five years.

Despite her new job at Santa Monica, fans will be pleased to know that Pearce will still continue on with her YouTube channel and Play, Watch, Listen podcast.

It will be exciting to see how Alanah Pearce’s role at Santa Monica evolves in the coming years and we at GameByte wish her all the success and happiness.

Show your love and excitement for Alanah Pearce by reacting to our Emoji’s below.