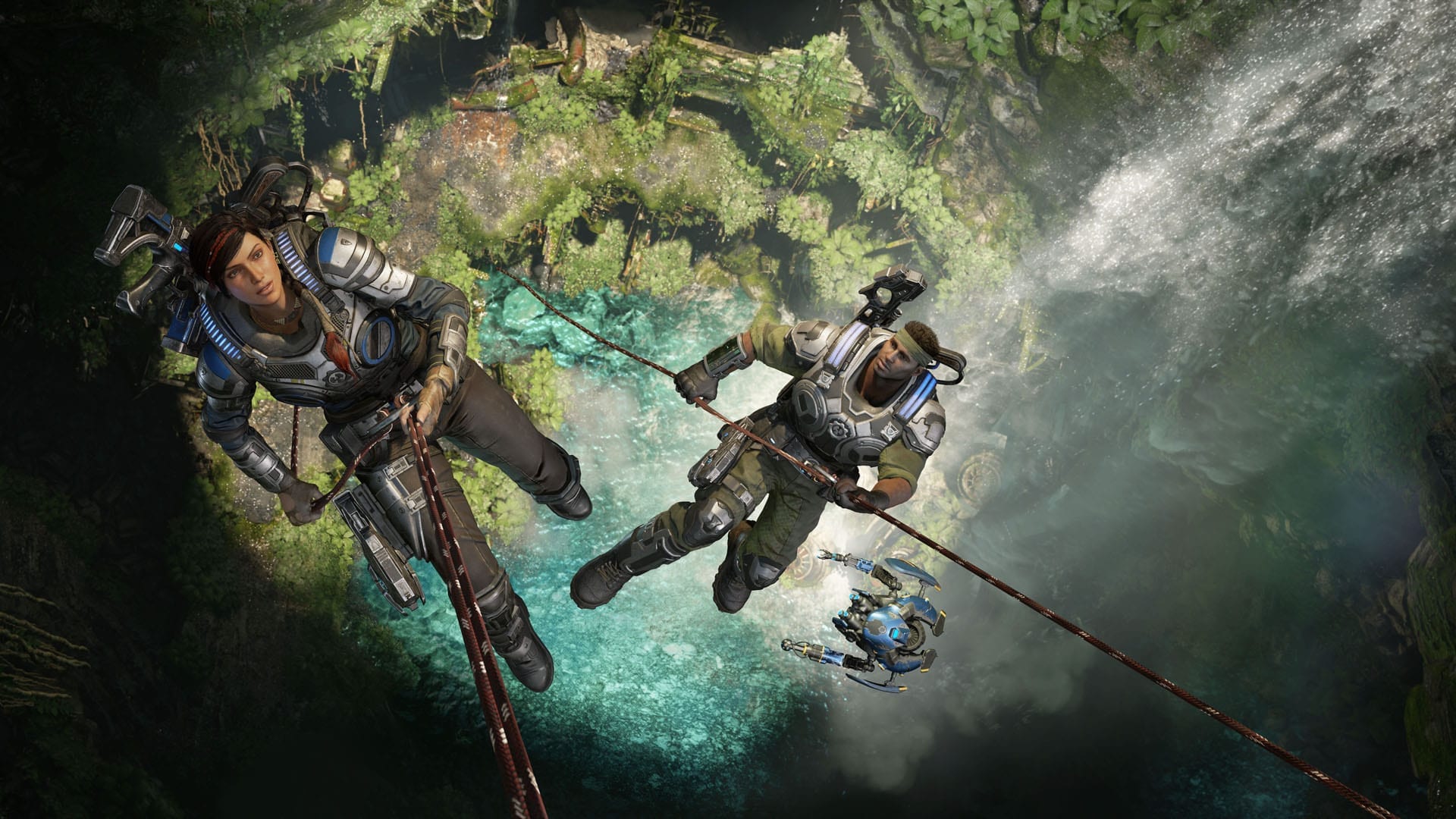 During a recent panel at PAX in Seattle over the weekend, it has been revealed that the upcoming Gears of War 5 will have a main campaign map that is a whopping 50 times bigger than any other map seen in the long-running series.  This was revealed by studio chief at The Coalition, Rod Fergusson.

The campaign of Gears 5 in general has been developed to have larger maps to encourage the players to explore, while also having plenty of narrow and close-quarter sections that the series has been known for.    Fergusson also revealed other details such as the players being able to partake in side-quests, choosing weapon loadouts and that the companion bot called Jack will also be able to cloak players, offering the option of a more stealthy approach.  Jack will also be able to help you find collectibles, points of interest and will be upgradable.

Does this information excite you for the latest game in the Gears of War series?  Let us know across our social media channels.  Gears 5 will release on September 10th or four days earlier for those that subscribe to Xbox Game Pass Ultimate.

You can check out some of the new screenshots of the in game world here. I have no doubt you will be very impressed with them.