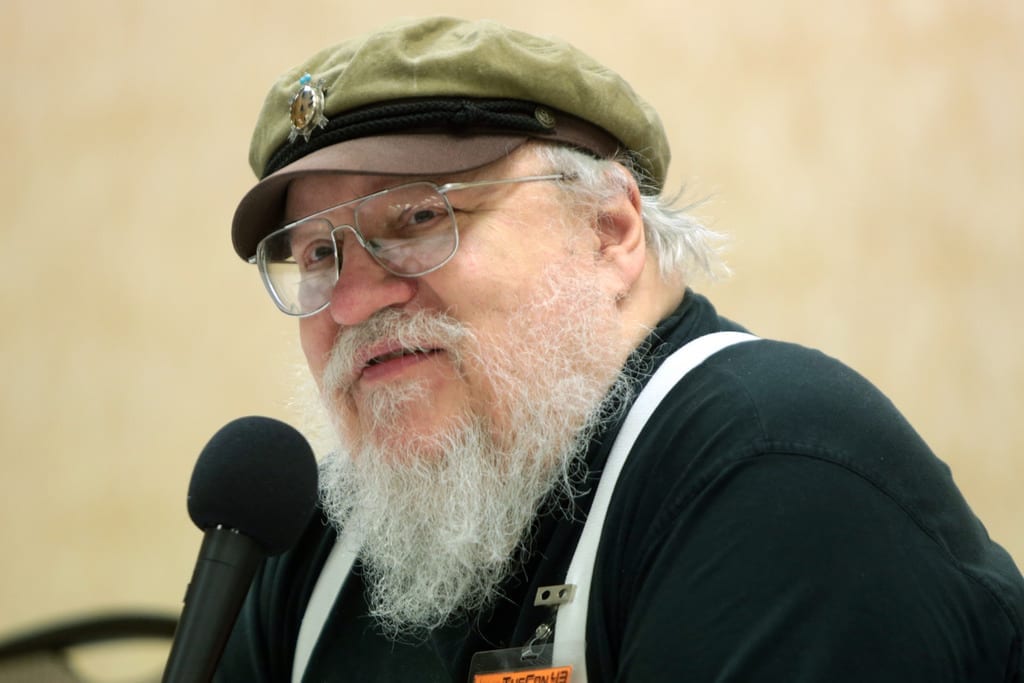 Back in March rumours began to swirl of a collaboration between FromSoftware (the team behind Dark Souls, Bloodborne and Sekiro: Shadows Die Twice) and George R. R. Martin (the one and only writer of A Song of Ice and Fire, a.k.a the Game of Thrones novels).

The rumours- which were described at the time as “bonkers” – really seemed to have no credence to them. After all, how could Martin be collaborating on a video game when he’s got GoT books to write?!

However, the rumour’s cropped up again, and this time it’s starting to look a little more likely…

Of course, he didn’t give us anything more than that.

However, the news seems to line up very nicely with the rumour that FromSoftware is about to reveal a new game at this year’s E3.

Gematsu reports that FromSoftware title is known as “GR” internally, has been in development for 3 years, and is an open-world game with horse riding.

It goes on to say that GR is a collaboration between Hidetaka Miyazaki and Martin, and will be revealed at Microsoft’s E3 conference in June.

If this is the case, it’s going to be a seriously impressive game.

Let’s face it, Martin is no stranger to creating lore-filled worlds, rich with history, content and depth.

In A Song of Ice and Fire, he created one of the most beloved fictional universes of all time, plus he’s not exactly shy about killing off your favourite characters.

The writer is basically the embodiment of FromSoftware, and if it really is Miyazaki that he’s paired with, then boy are we in for a treat!