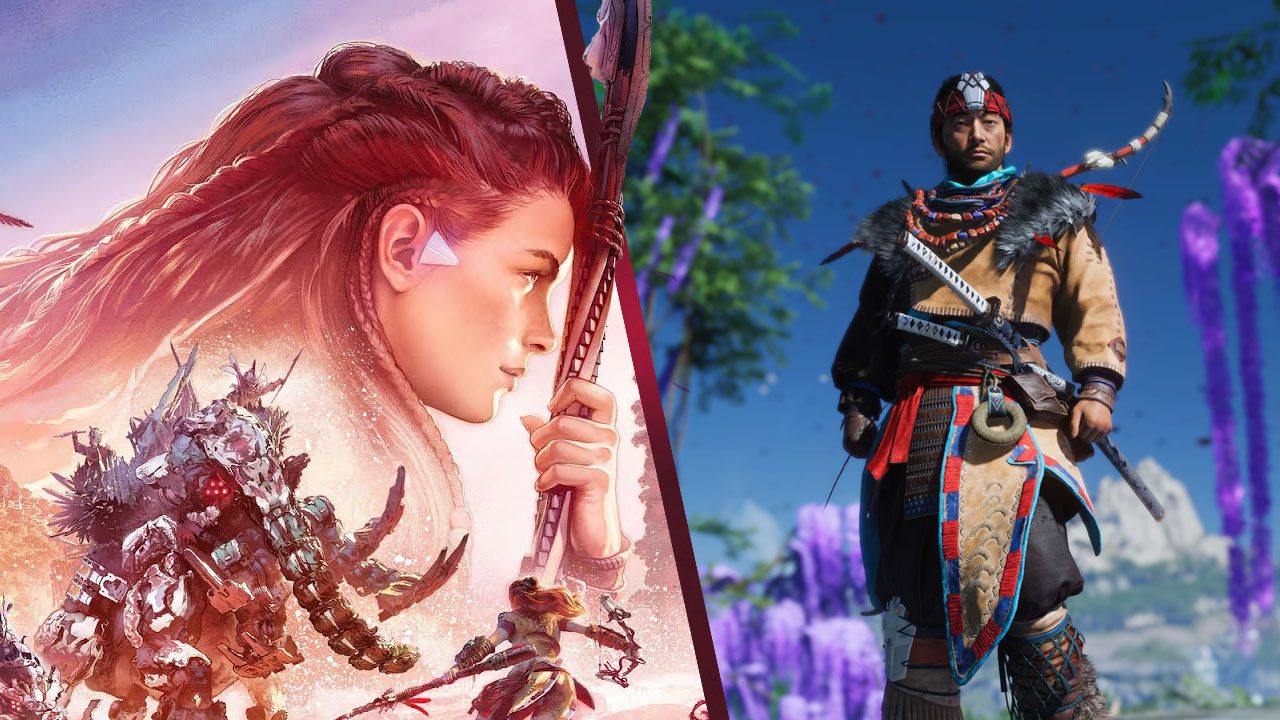 Ghost of Tsushima now has a free outfit inspired by Horizon Forbidden West. Best of all, it’s absolutely free!

Developed by Sucker Punch Productions, Ghost of Tsushima: Director’s Cut was released in 2021 for PS4 and PS5. It came with various gameplay improvements as well as the expansion, Iki Island. Furthermore, PS5 also benefited from a visual and performance boost.

Sucker Punch Productions have been very generous following the initial launch of Ghost of Tsushima on PS4 in 2020. We’ve been treated to some bonus outfits inspired by Horizon Zero Dawn, God of War, Shadow of the Colossus and Bloodborne.

Not to mention the multiplayer expansion ‘Legends’ for owners of the base game. Legends would later become its own standalone game due to its popularity.

However, the good folks at Sucker Punch Productions are treating us to some more free DLC. This time it’s an outfit inspired by the upcoming sequel to Horizon Zero Dawn, Horizon Forbidden West.

How can I claim the Horizon Forbidden West outfit?

Firstly, you will need to own Ghost of Tsushima: Directors Cut, as the outfit, is found in the Iki Island expansion. Once on the island, find the Forbidden Shrine to the north of Iki Island and then solve a puzzle.

However, that is not all!

Will you be claiming the free Horizon Forbidden West outfit in Ghost of Tsushima: Director’s Cut? Let us know across our social media channels.

Horizon Forbidden West releases for PS4 and PS5 next week on February 18th.