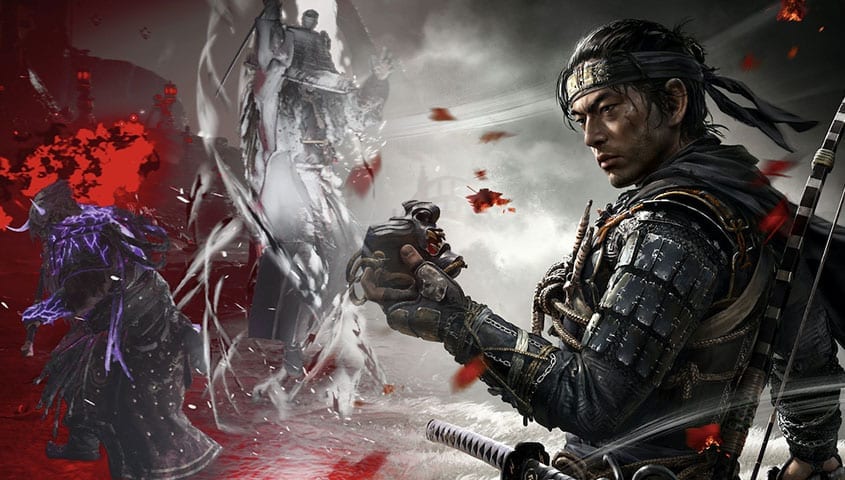 Ghost of Tsushima: Legends – the free update which introduces multiplayer mode – is now live, and fans have dubbed it “too good to be free.”

Releasing this July and shifting millions of copies both digitally and in physical form, it would be easy for Sony and Sucker Punch Productions to wash their hands and sit on their big pile of cash, generated by Ghost’s sales.  However, just when you thought this game couldn’t get any better, Ghost of Tsushima has just been improved upon with a generous update that adds a wealth of new content.

I think it’s fair to say that most companies would have charged for such a meaty update, but the awesome folks at Sucker Punch Productions have given us all this content for free, which begs the question, is this Ghost of Tsushima: Legends update “too good to be free?”

The first big update, version 1.1, adds an entirely new multiplayer co—op component to Ghost of Tsushima. Story missions taken from the main campaign are also seen from a different perspective, as well as adding challenging Raid and Survival modes, all playable with up to four players.

The perspective of the co-op story missions will be told from a new NPC named Gyozen and according to ‘his’ version of events, perhaps everything was not quite what it first seemed, at least through the eyes of someone else.

Much like Raid modes in other games, in Ghost of Tsushima: Legends, teamwork, communication and skill will of course be of the utmost importance.  Then in survival mode, as the name suggests, you will work together as a team to fend-off hordes of enemy waves, which increase in difficulty as you progress.  No matter which mode you play, your efforts will be rewarded with new cosmetic items (with no hint of microtransactions) which can also be taken into the main campaign.

Perhaps taking inspiration from multiplayer shooters, the co-op modes for Ghost of Tsushima: Legends also offers player loadouts for each of the four unique character classes available, so that players can customise the weapons and tools that they wish to take into the battlefield.  Character classes include an Assassin, a master of stealth that lurks within the shadows.  The Hunter can strategically take out enemies from far, utilising weapons such as the Bow & Arrow.  The Ronin class in essence is the support class, which can act as both a medic and lethal combatant, and finally the Samurai who is in your face and will chop enemies until they drop.

If that wasn’t enough free content for you, then a New Game+ has been added into the single player campaign, which not only allows you to carry-over certain items and abilities, but also introduces the Ghost Flower merchant, by the name of Ariake, who gives you the task of finding as many Ghost Flowers as you can. Doing so will reward you with new armour dyes and vanity gear.  Oh, and we even get improvements mode to Photo Mode, a new horse and new trophies, all for free!

To get all this for free is quite mind-boggling in this day and age, and Twitter seems to agree!

“Ghost of Tsushima is far and away the best game I’ve played this year,” tweeted one user. “The single player campaign is STACKED and the new multiplayer Legends is unreal. You’re getting a story, survival mode, challenges, a raid, tiered gear system, all for FREE!! PLAY THIS GAME!!”

“Ghost of Tsushima Legends is fantastic,” tweeted another fan. “Multiplayer feels great. Amazing this much deep content is free.”