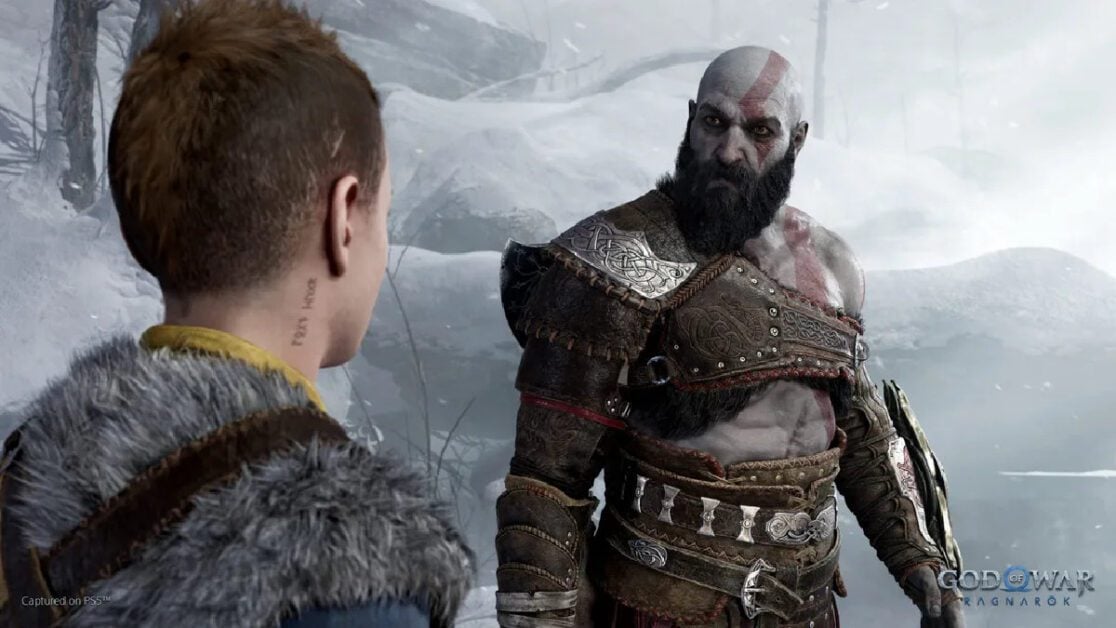 New God of War Ragnarok story details has been revealed courtesy of a recent ESRB rating. Curse words have also been confirmed!

The release of God of War Ragnarok is nearly upon us and the hype is most certainly real for the latest adventures of Kratos and Atreus as they continue to slay the gods of the Nine Realms.

God of War Ragnarok is nigh!

At this point, fans of the series will know what to expect. Especially for those that finished the fantastic God of War (2018) on PS4 and PC. That being said, it’s also nice to get a little added insight into what the story of Ragnarok will entail.

Thankfully, the US governing rating organisation has released an updated ESRB summary for God of War Ragnarok. The ESRB synopsis reads:

“This is an action-adventure game in which players help Kratos and his son on a dangerous quest. Players explore various realms and engage in frenetic hand-to-hand combat against human-like raiders and fantastical creatures. Players use axes and chained blades to battle enemies, often resulting in large blood-splatter effects and dismemberment.”

Of course, gore will be plenty in God of War Ragnarok offering dismemberment for our gorefest pleasures to feast upon. Oh, the game also features the words “f**k” and “sh*t”. Shocking, we know.

Did you claim a Jotnar Edition?

With the release of Ragnarok just over a month away, some fans are still fuming that they missed out on the Jotnar Edition after resellers claimed most of the stock.

If you’re interested, you can see what is included in the God of War Ragnarok Jotnar Edition as well as the other versions of the game here.

God of War Ragnarok will be released for PS5 as well as PS4 on November 9th, 2022. Are you looking forward to the next adventures of Kratos and Atreus? Let us know across our social media channels.