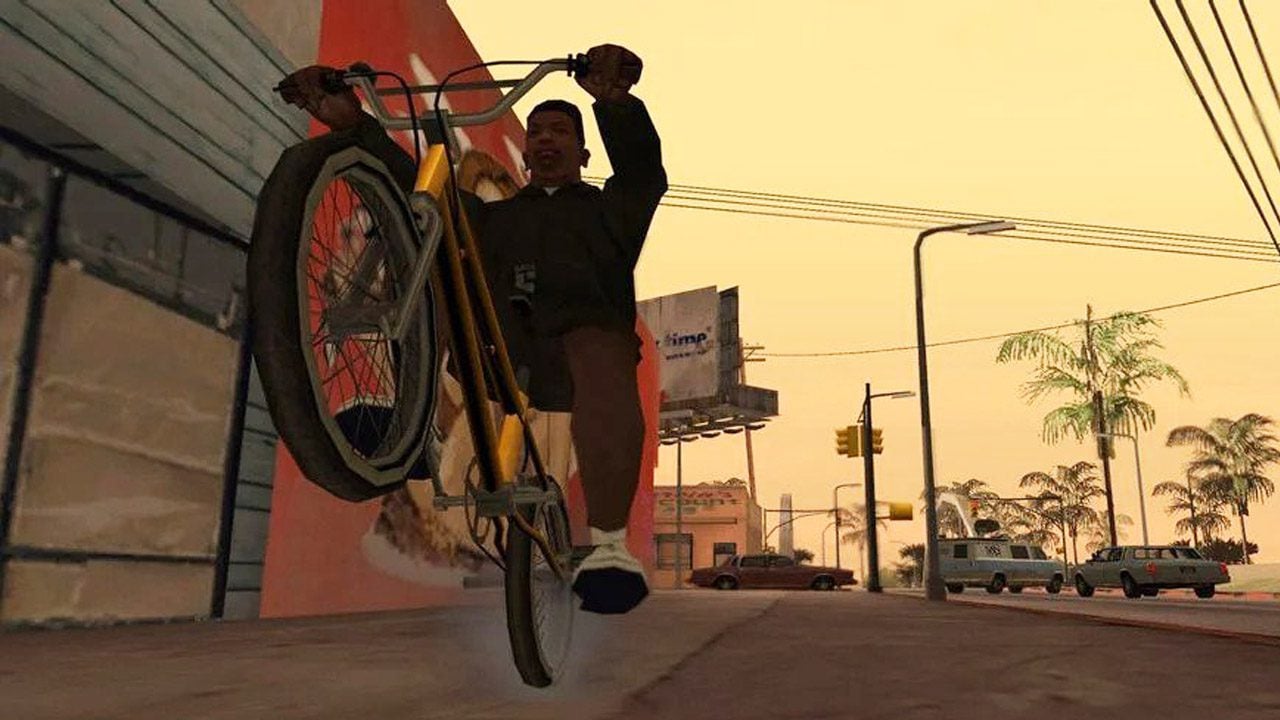 A GTA San Andreas player has managed to recreate an iconic bit of promotional material in the game itself (thanks ScreenRant).

The GTA series is full of memorable moments. But they aren’t just contained to the games themselves. The artwork has always been a big part of building the vibe and atmosphere of the world. And promotional material for the game added a strong sense of realism through its lifelike photography.

One such piece of promo material shows a character pulling off a wheelie down one of the many streets you can find. And now Reddit user dccs120 has managed to recreate that shot.

Dccs120 says they did so using the original PS2 graphics of the game rather than GTA: The Trilogy – The Definitive Edition. But they clearly did a great job of recreating the GTA promotional material. They managed to find the exact location of the original shot, though of course the positions of the cars differed slightly.

If you missed the news, it was recently announced that Franklin from GTA V would be returning via a piece of DLC in GTA Online. Not only that, but rapper and producer Dr. Dre is also appearing, in a starring role too.

The DLC sees Franklin attempting to track down Dr. Dre’s lost phone, as there is new music from the musician that he doesn’t want leaking. It will also actually feature new music from Dr. Dre, the first new music from him since his 2015 album Compton.