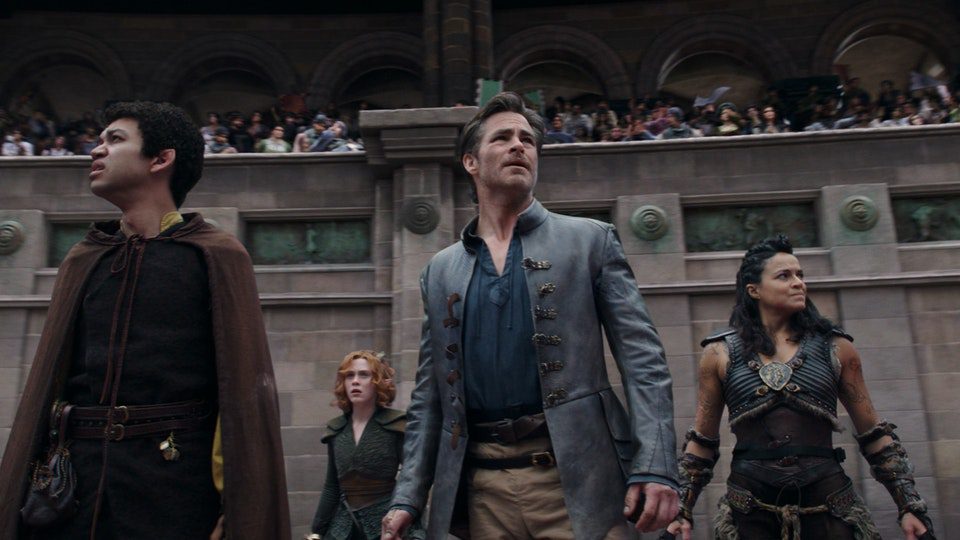 The first trailer for Dungeons and Dragons: Honor Among Thieves was revealed at San Diego Comic Con, and it looks pretty solid.

The trailer, which was released on Thursday, July 21st, showed a first look at various actors in action. The cast includes big names like Chris Pine, Regé-Jean Page, and Michelle Rodriguez, as well as Hugh Grant as villain Forge Fletcher.

It looks like the film is centering around a party of characters who stole something they probably shouldn’t have. In doing so, they unleash the “greatest evil the world has ever known”. So kind of like hundreds of Dungeons and Dragons stories where players just couldn’t keep their hands to themselves.

You can check out the official trailer below. It’s full of fantasy action and some interesting looks at each character.

Who’s in the party?

One of the characters is played by Chris Pine, who describes him as “the ultimate party planner”. He appears to be the one in charge of the team, though the other team members might not be totally on board with that. Oh, and he also plays the lute.

Pine said “Well, what I will say is we had a hell of a fun time making it. There was a lot of laughs. The way that I’ve been describing it, it’s like Game of Thrones mixed with a little Princess Bride, and just a smidge of Holy Grail.”

“It’s somewhere in that ballpark. It’s a lot of fun. It’s got a lot of thrills. It’s poppy, it’s eighties heartfelt, there’s a bit of Goonies in there.“

Meanwhile, Page is playing a heroic knight who definitely seems a lot more serious than his bard ally. Rodriguez plays a tough warrior, and Hugh Grant is taking on a more villainous role in the movie. Dungeons and Dragons: Honor Among Thieves is out March 3rd 2023.