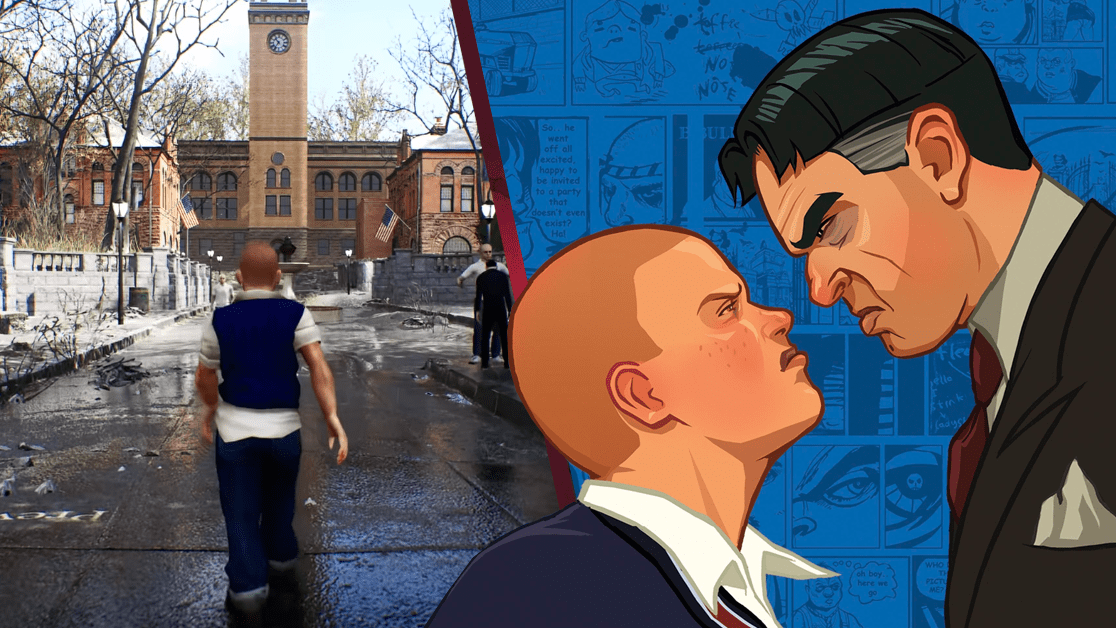 Graphics design studio TeaserPlay has used Unreal Engine 5 to show what a remake of Rockstar’s Bully could look like.

It’s been 16 years since the release of Rockstar’s Bully, or Canis Canem Edit as it was known here in the UK. Rockstar has since released a steady flow of successful games, and the highly anticipated Grand Theft Auto 6 is soon on the horizon. Yet plenty of fans still yearn for a new Bully game.

We don’t know if a new Bully will ever become a reality, but thanks to graphic design studio TeaserPlay, we can get a glimpse to see what one could look like.

TeaserPlay recreated a highly detailed version of Bullworth Academy and some of its more recognisable teachers and students. Protagonist Jimmy Hopkins looks better than ever, thanks to the use of Lumen, Nanite, Ray Tracing and Metahuman technology which are key features of Unreal Engine 5.

TeaserPlay also uploaded a video, where you can see the side-by-side differences between their remake, and the original game released in 2006.

If you’re excited over the idea of playing a Bully remake, even as a mod, I’m afraid this is just a fan concept. TeaserPlay has made no plans to release the game, possibly to avoid any legal action or copyright action from Rockstar Games.

Will we ever get a new Bully game?

Within the video description for their remake trailer, TeaserPlay states, “a great nostalgic game that we need now in next gen graphics.”

And I wholeheartedly agree. Although a lot of aspects of the original game definitely feel outdated to play, Bully is one of the best games of its time.  Instead of focusing on gun violence and stealing cards, you went around on a skateboard and fired slingshot projectiles at your enemies.

It’s one of my favourite games, and something I’d love to see recreated for the current generation of consoles.

However, I think fans, and myself, will have to stick to replaying the original game, or its many ports.

The would-be sequel was going to contain lots of graphical and animated upgrades. Since technology has advanced a lot in the past 16 years since the release of the original game. Developers at Rockstar New England wanted to add new features like a progressive grass-growing system, which makes sense if you’re familiar with the mini-games from the original game.

They also wanted to implement a better system for building relationships with other characters.

“You’d be, like, best friends with the chef in the mansion or whatever, or the chef could really hate you or something, and that would open up different options”, the former developers explained to GameInformer.

A future new Bully game, either a remake or a sequel, isn’t entirely unlikely. In February this year, we reported that multiple sources believe that a Bully sequel is still in development.

Though with the push of attention towards GTA6, and Rockstar almost abandoning its other games, I don’t think we’re going to see Bullworth Academy again any time soon.