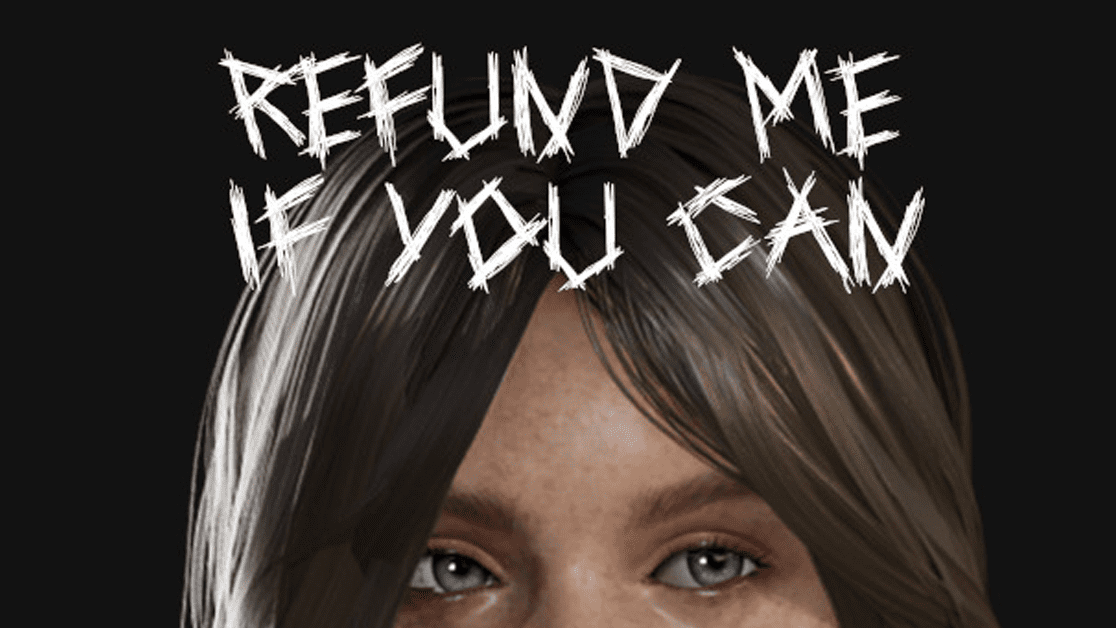 This new indie-horror game wants you to refund it, but only if you can step up to the challenge and complete it under 2 hours.

Not much can be learned about Sungame Studio, but their new game, Refund Me If You Can, has everyone talking.  As the name suggests, the game wants you to refund it, however, there’s a catch.

Sungame Studio is challenging its players to complete their new indie horror game in less than 2 hours. Anyone who succeeds is allowed to refund the game, and will forever have the bragging rights.

When starting up Refund Me If You Can, a screen will appear explaining the rules. It’s here the player agrees to only request a refund if they can complete the game in under two hours.

“If you don’t respect this rule than you agree that you are a coward”, the game proclaims.

The game consists of the player running through a series of underground tunnels. All the while a monster has taken notice of you. While trying to escape, you’ll have to listen for indicators that the monster is nearby. While escaping, you can use glow sticks to mark your path so you don’t get lost.

If the monster spots you, your character will audibly scream, which is one of the only jump scares found within the game. Your heartbeat will indicate whether you’ve managed to put space in between yourself and the monster.

The game is only £3.42, so if you don’t manage to complete it within 2 hours, it’s not the biggest deal.

However, once you fail once at completing it in the time given, you’ll be locked out of the challenge. That’s because Steam’s refund policy states that in order to be granted a refund, a game “has been played for less than 2 hours.”

On the Steam page, some reviews left by players indicated that although the marketing felt clever, there wasn’t enough substance overall.

“Big fun marketing with nothing behind It“, commented ShannonObscura.

If it wasn’t for this idea this would just be another bad horror game that no one bets an eye for.”

Another player, LongIslandIcedTech, stated, “the idea is sound. The execution is sad. I’m literally flipping a coin on the recommend or not part of this review. It’s the video game equivalent of one of those rigged fairground games.”

However, a majority of the reviews have been positive. With fans even commenting that they don’t want a refund, even after managing to complete it within the 2-hour mark.

You can’t deny that the developers behind Refund Me If You Can haven’t introduced a great idea. I doubt many news outlets, like ourselves, would be talking about the game had it been just another indie horror. Which there are tons of on platforms like Steam.

I just hope the developers, despite the refunds, still got paid sufficiently for their work on the game.