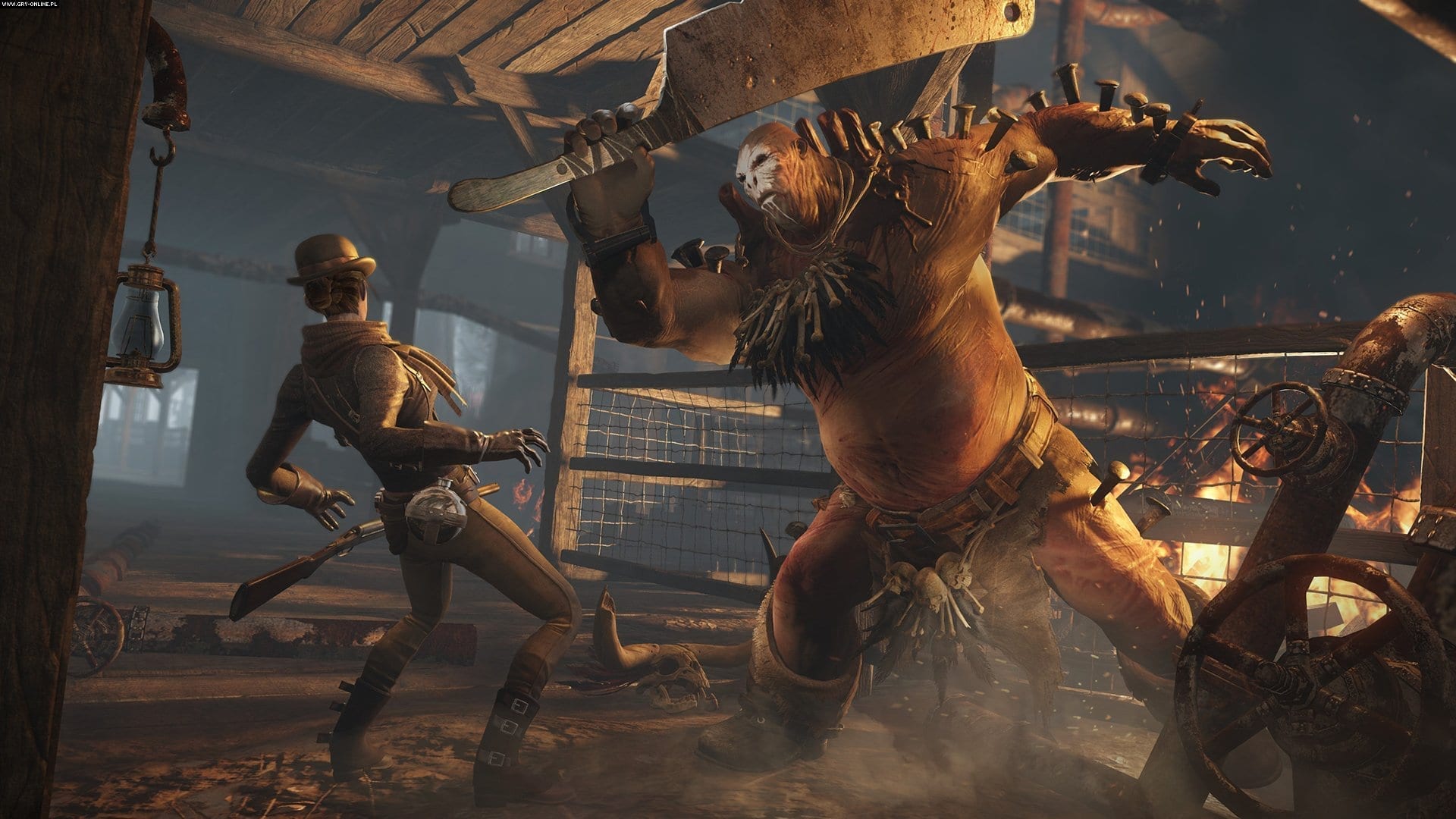 Hunt: Showdown has only just entered its closed alpha testing stage, with but a few thousand invites to it. I was lucky enough to be among the selected few, and I installed the game immediately. Duh. While on Steam the game shows up as Early Access and not accessible, I was sent an email link to activate the game. Here’s what I found on my first playing attempt.

1. The Visuals in Hunt: Showdown 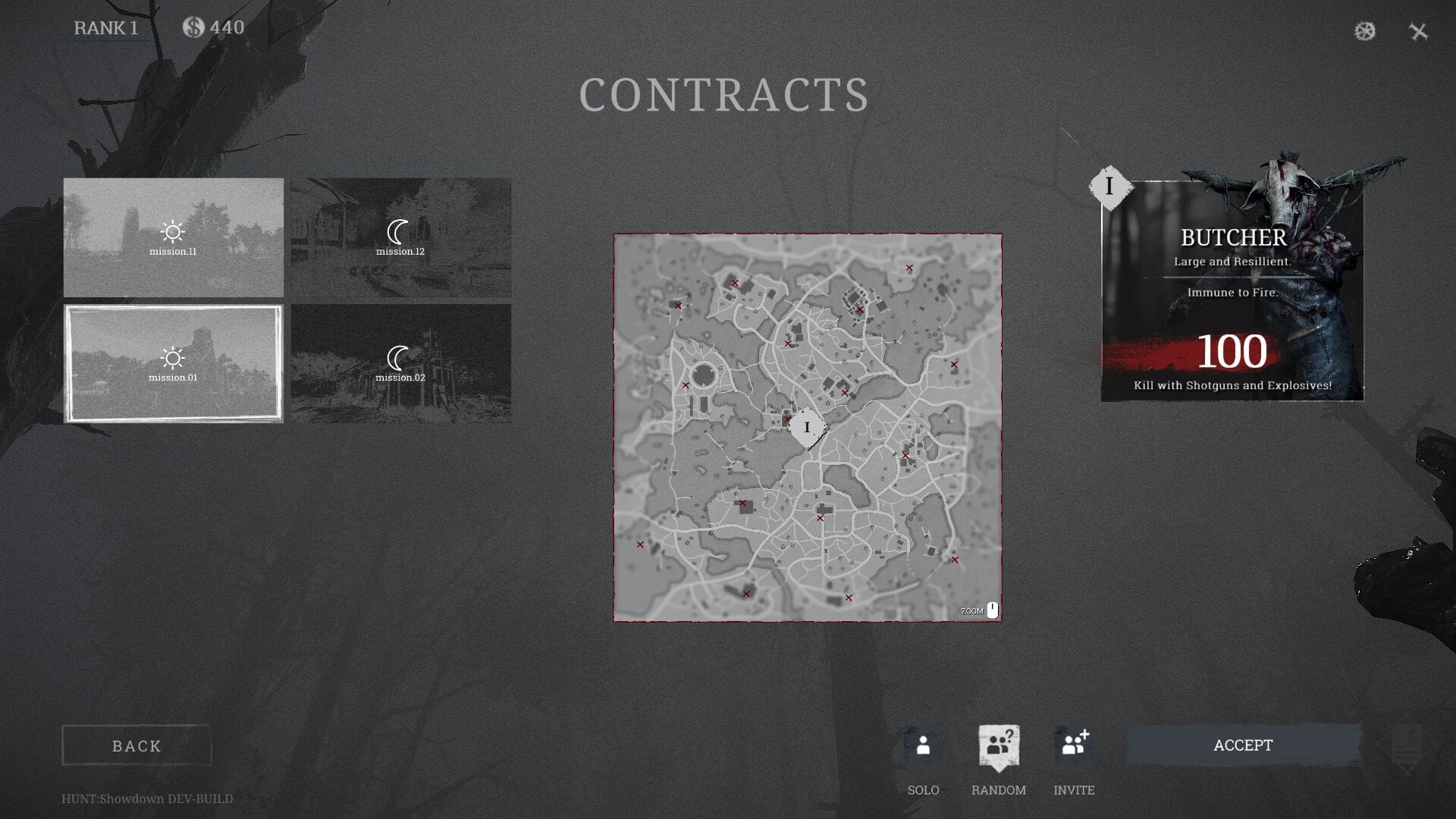 First off, all the screenshots and the video included were filmed by me on the highest graphics settings on an i7/GTX1060 rig. There is definitely some polishing left to do, but all in all the game looks very good. 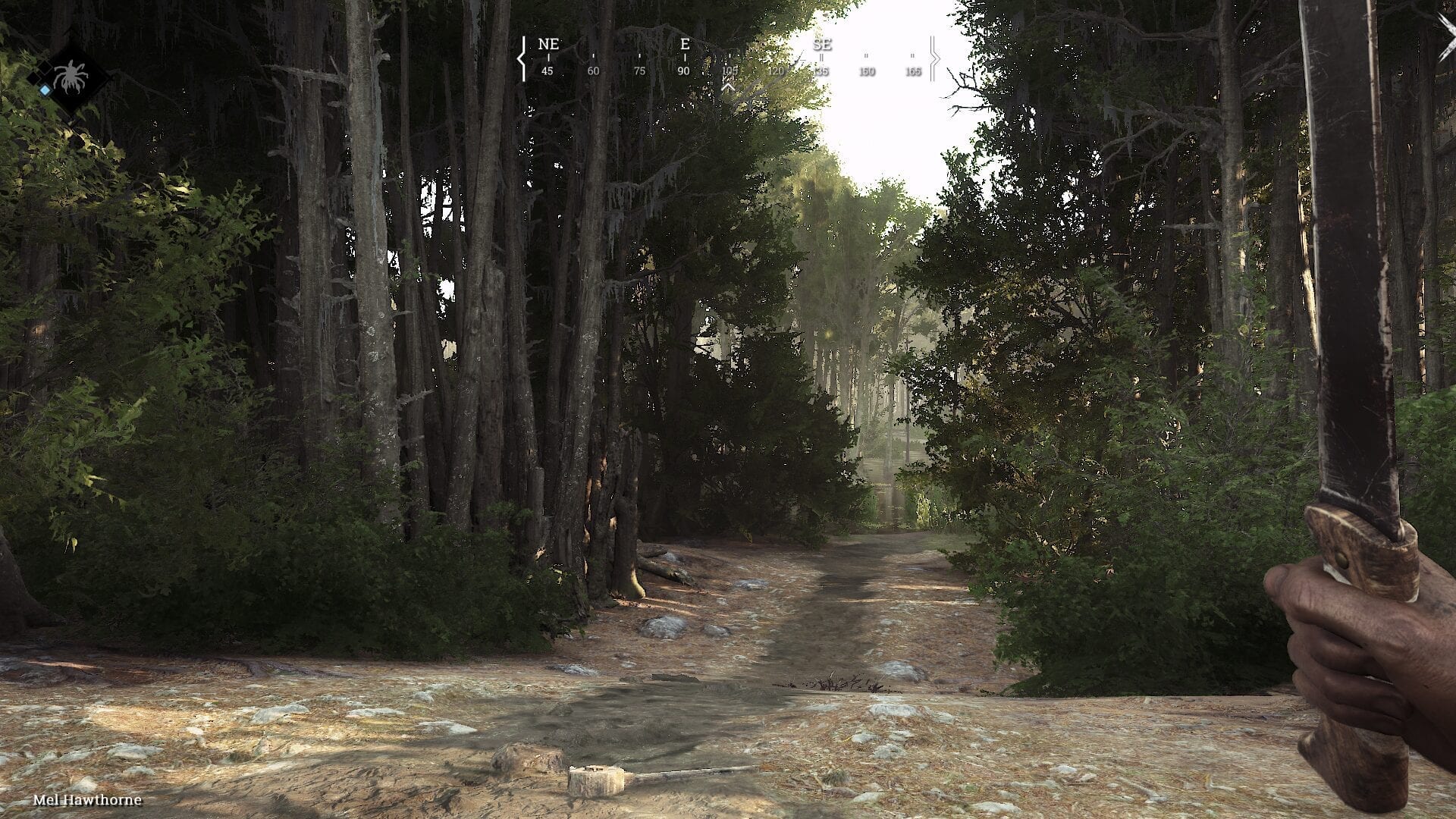 The at times dubious lighting is part of the atmosphere and when you play it, you’ll find that the game really likes its dark and damp spaces. Where you get to enjoy them, the light reflections and effects are absolutely stunning. The animations of even the most deformed of monsters are pretty smooth, and they definitely didn’t shy away from some more creative monstrosities. 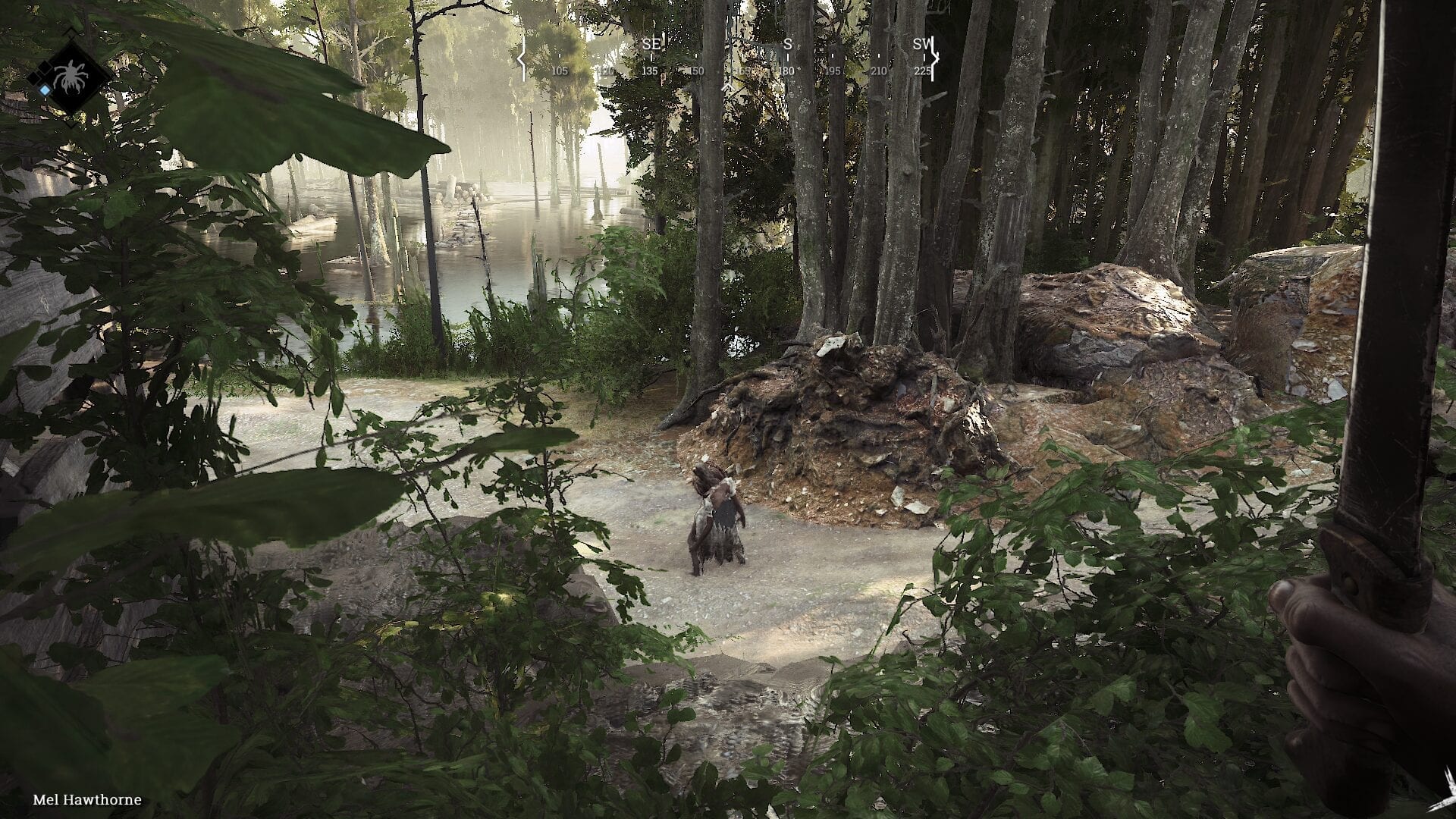 The surrounding areas and locations are very varied and if you live long enough to take a good look, you’ll find them to be pretty detailed – that’s a big if though, as just about every living thing in the game will kill you on sight. 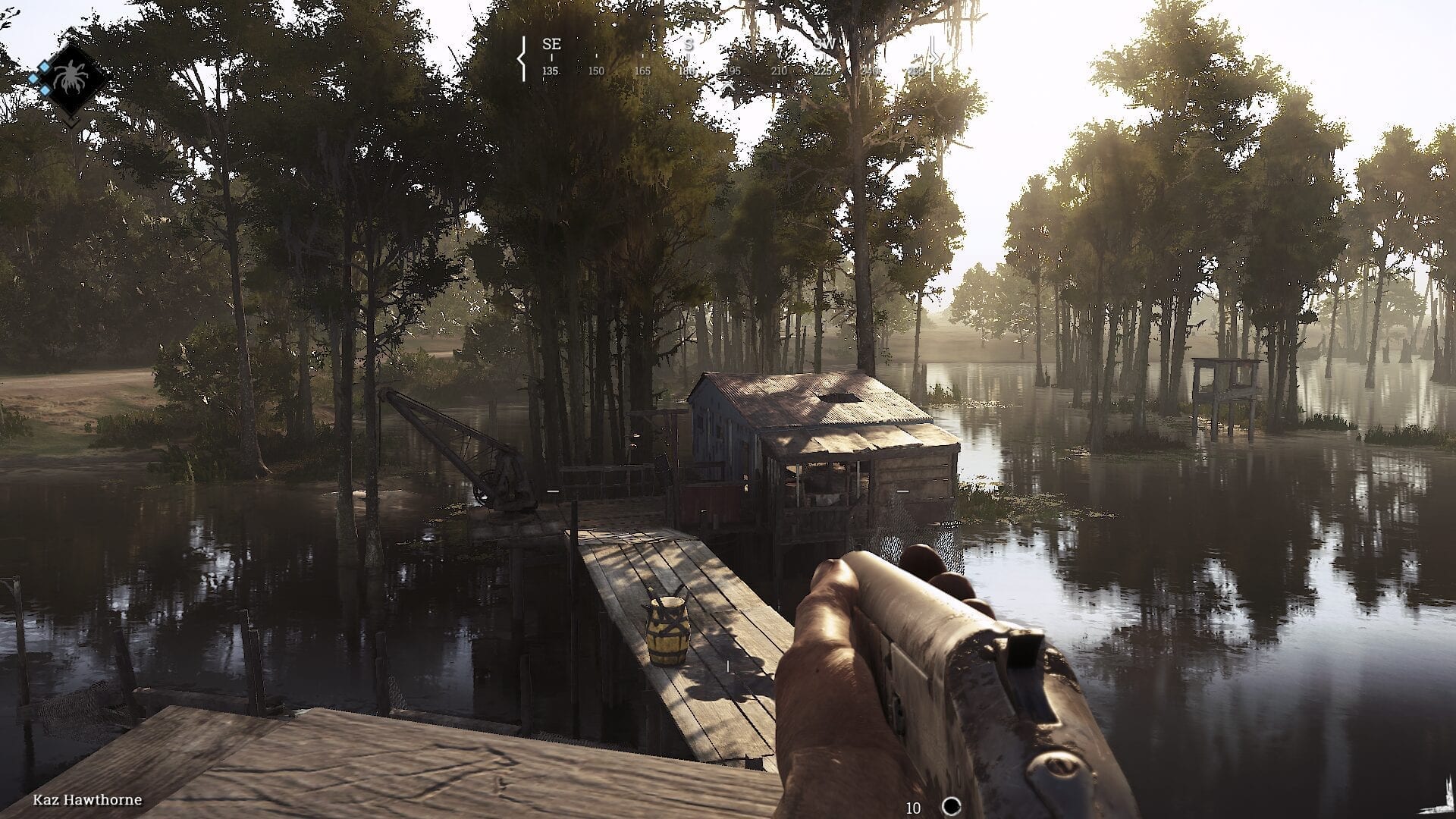 The devs will have to do some polishing on the graphics before release as there are still some bumps as you go along, but all in all this game is pretty much set to be as visually stunning as they come.

2. The Audio in Hunt: Showdown

The music and ambient sounds really manage to build the atmosphere the devs are going for, from the moment you start up the game to your inevitable demise at the hands of a zombie. The sounds of the world surrounding you are very realistic – while you creep through bushes, you’ll hear the rustling of the leaves drown out the groaning of the monsters. 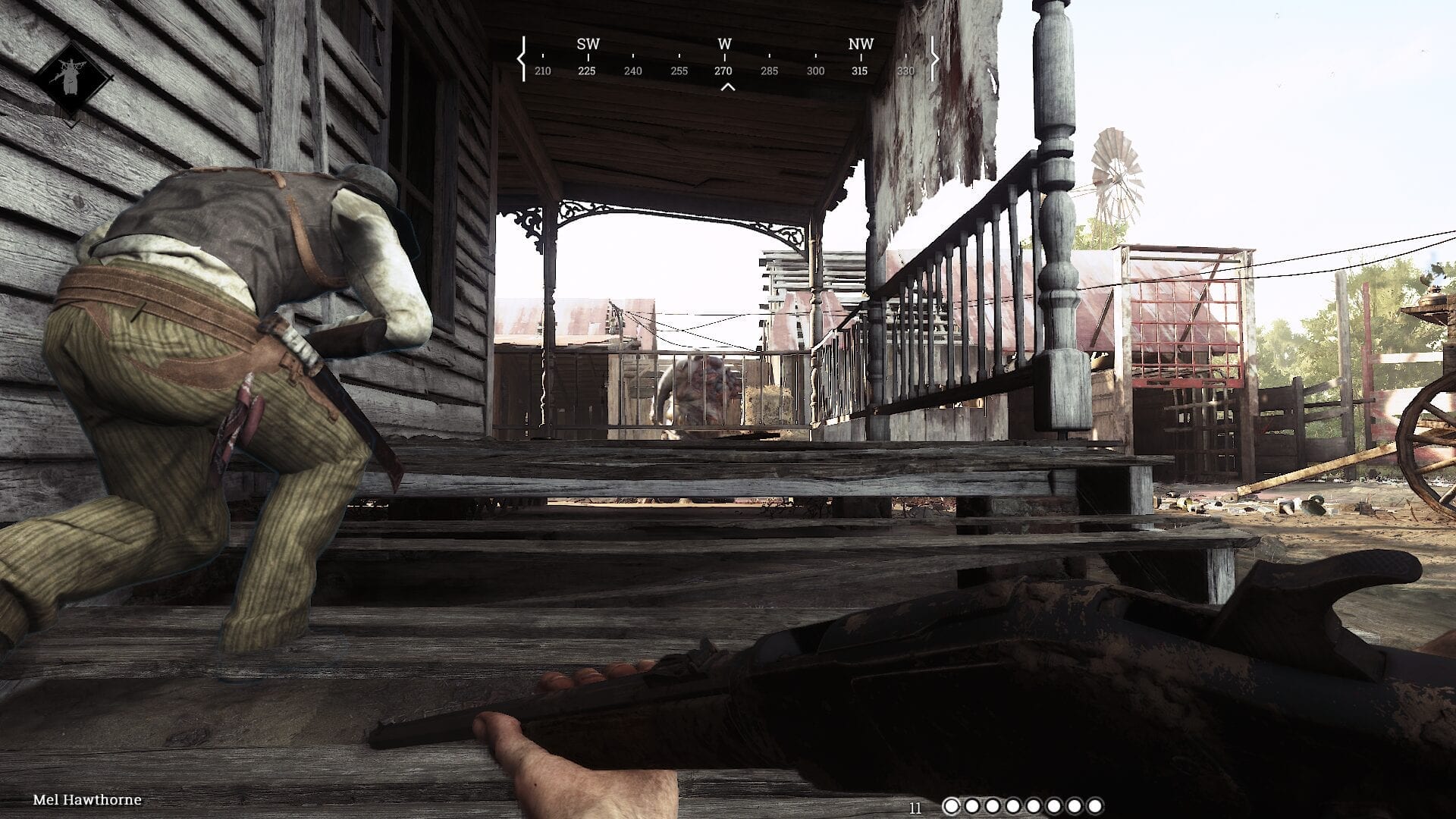 The music soundtrack manages to build tension before you’ve so much as hired your first hunter – it’s unsettling, it creates an atmosphere and it’s really, really good. There is only one minor problem: The way to talk to your teammate is via voice-chat, and that on top of all the ambient sounds can be a bit jarring – especially if your companion uses a sub-par microphone. Also, Karen please buy a better mic.

3. The Gameplay in Hunt: Showdown

Now this is the interesting part – first of all, if you didn’t know, death is permanent. In other words, if your hunter kicks the bucket, there’s no way to get him back. If you fall during your mission your teammate can come back and revive you, but if you play with randoms, you shouldn’t bet on them doing so. It’s a harsh world out there. 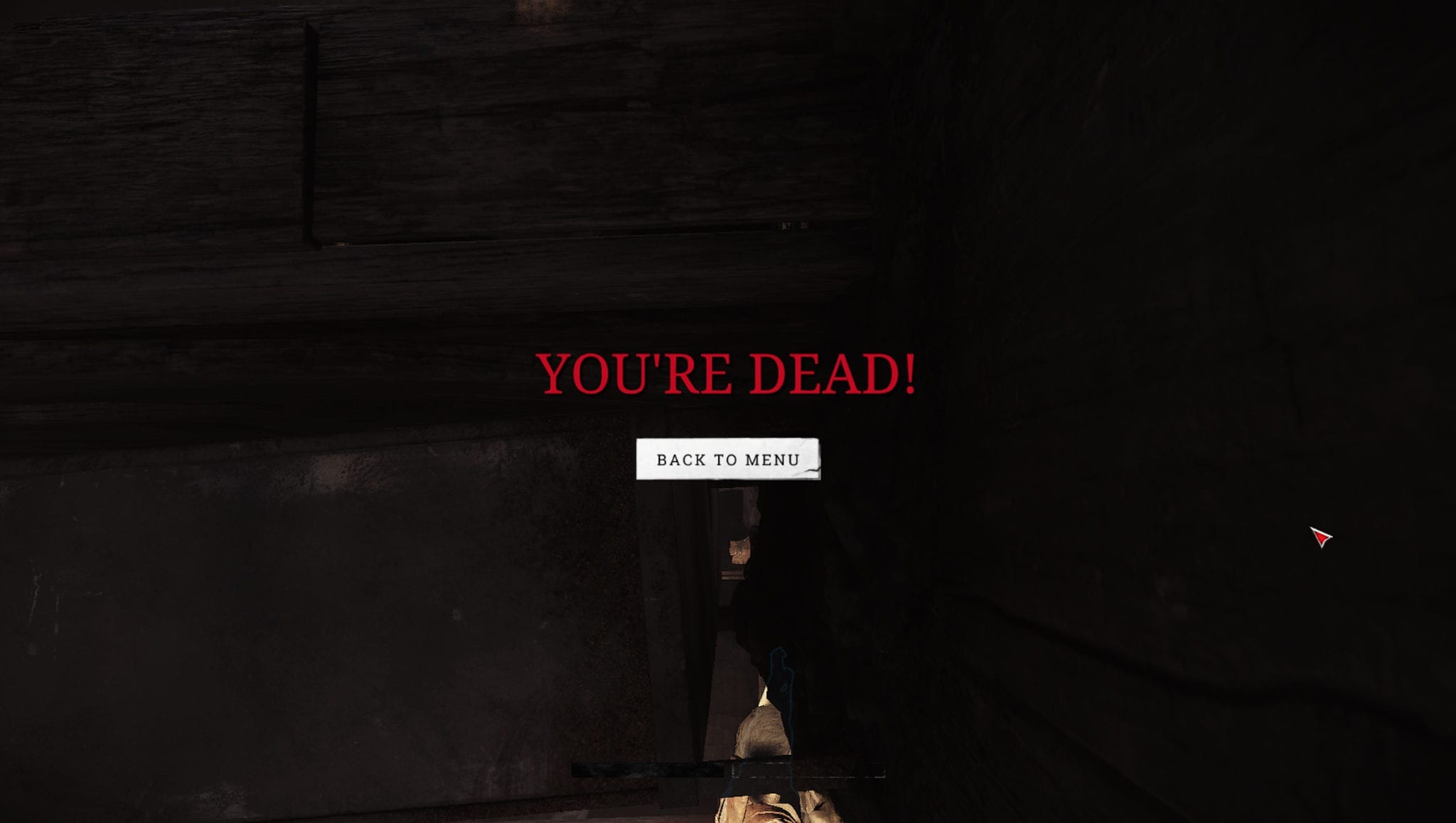 You hire new hunters with bounty money that you earn through completing hunts. As you hire new hunters and maybe, possibly, have them survive hunts to level them up, you can also go and purchase better equipment for them. Guns, machetes, healing equipment – there is a surprising variety available to customise your character.

As you run through the world you’ll find that you are painfully underpowered (at least at first) and that most often it won’t be the big boss enemy that kills you, but a random zombie or one of the other players coming out of the woodwork. 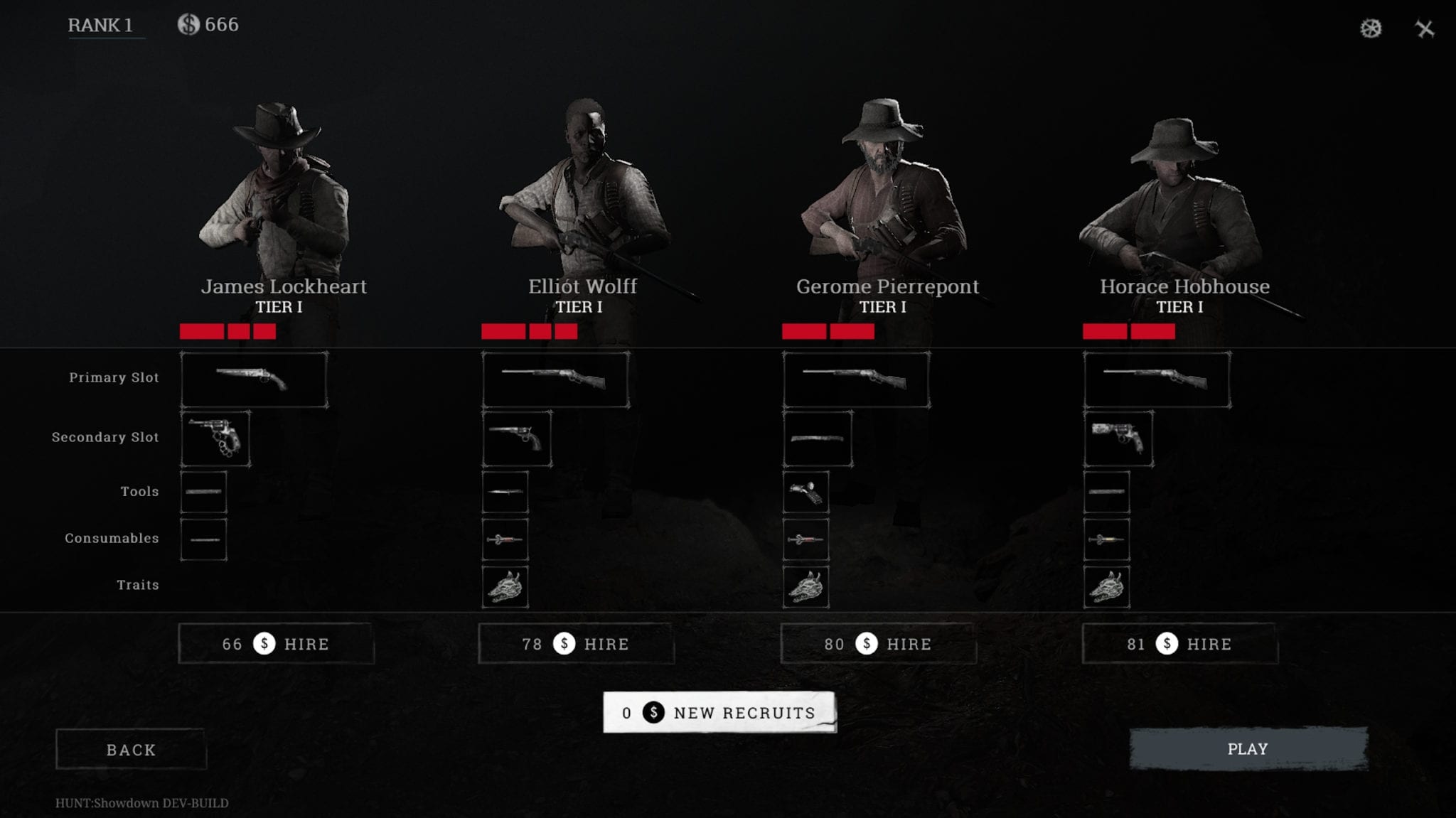 The goal is to find clues to the enemy boss’s location by using your Dark Sight – it lets you make out the location of clues over a distance. 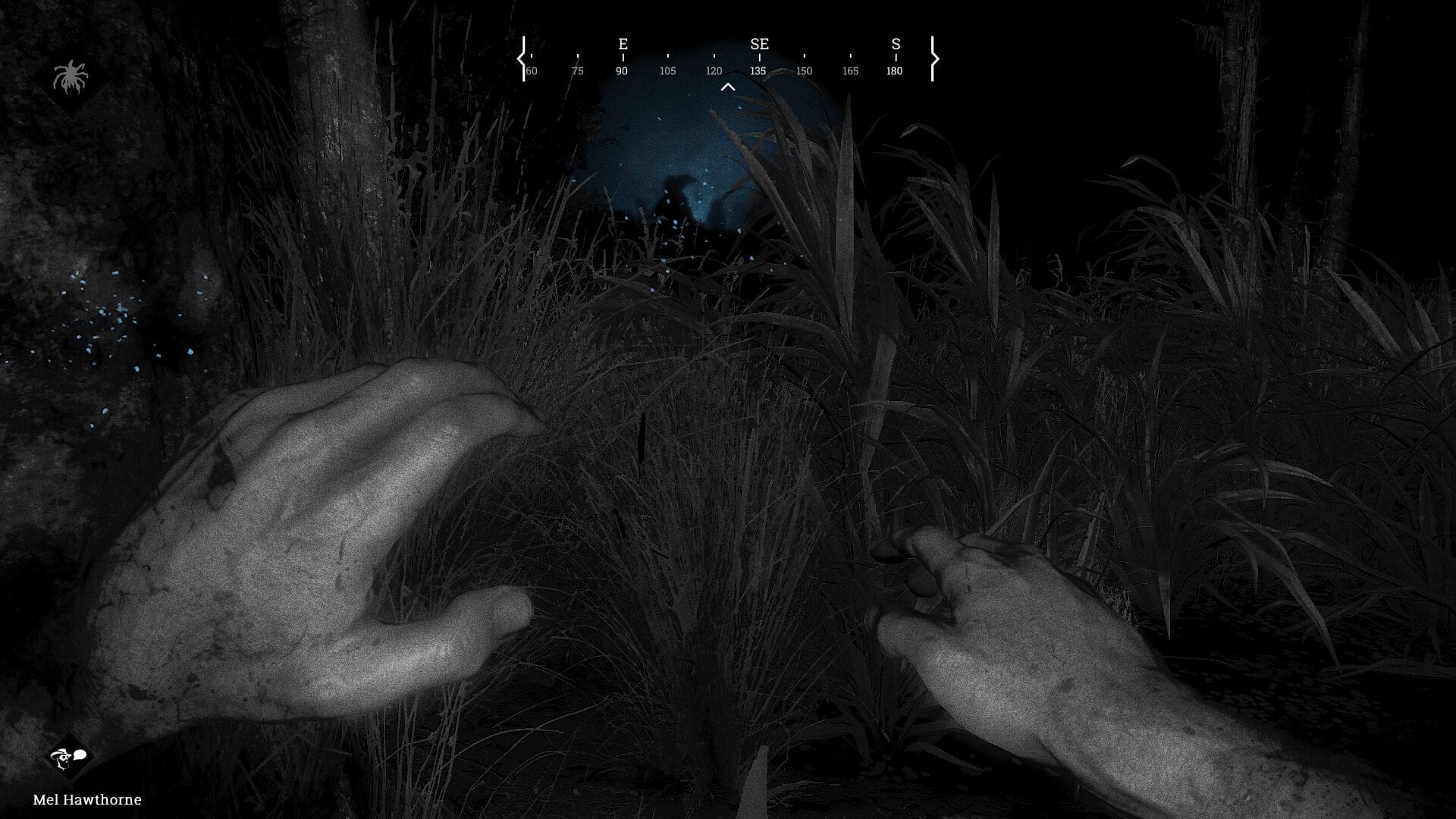 Other players are hunting the same clues, and whoever gets them first has the upper hand. When you finally locate the boss you have to kill them using a bit of strategy – at the moment there are only two bosses in the game, one of which is immune to poison, the other to fire. In other words, explosions and gunfire will only get you so far when fighting them. 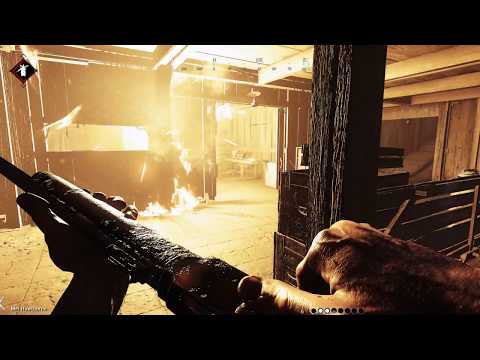 After you’ve killed them you have to stick around for a while while you banish the enemy – this is where other players are likely to attack to take your bounty. After you’re done, you can extract. This means running to a certain point of the map without dying on the way…this you will find harder than you may think. More often than not I’ve not died fighting the boss or even other players, but rather I was killed at the last moment by one of the surrounding monsters. It can be quite frustrating, but it makes the feeling of accomplishment when you finally win your first mission all the better. 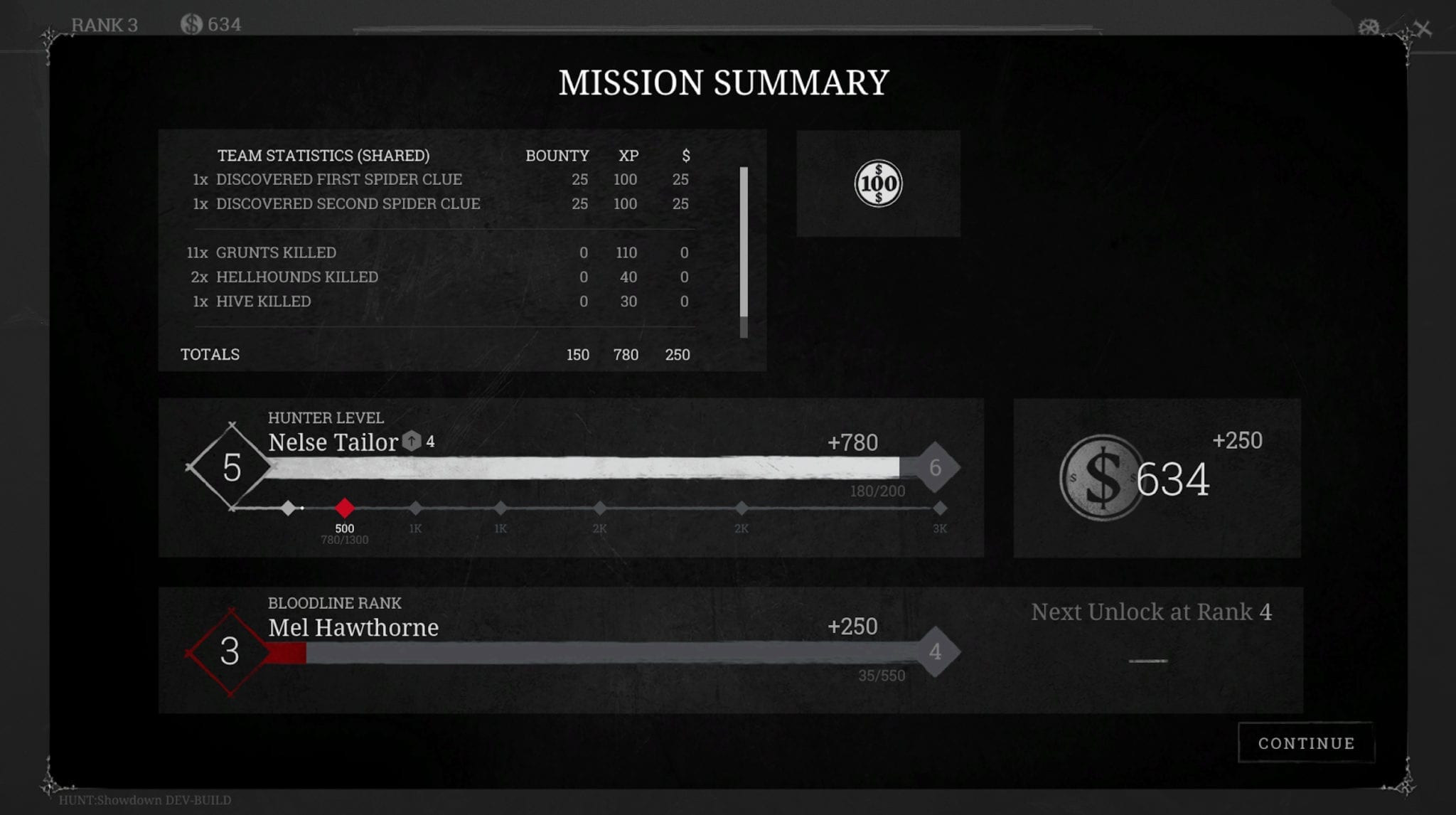 4. The Bugs in Hunt: Showdown

The game is noticeably incomplete – while many aspects look close to finished, there are still some bugs and issues persisting. One of the more common ones is flickering – every once in a while an enemy or even your partner will flicker in and out of existence, or a prop piece will dis-and reappear quickly. 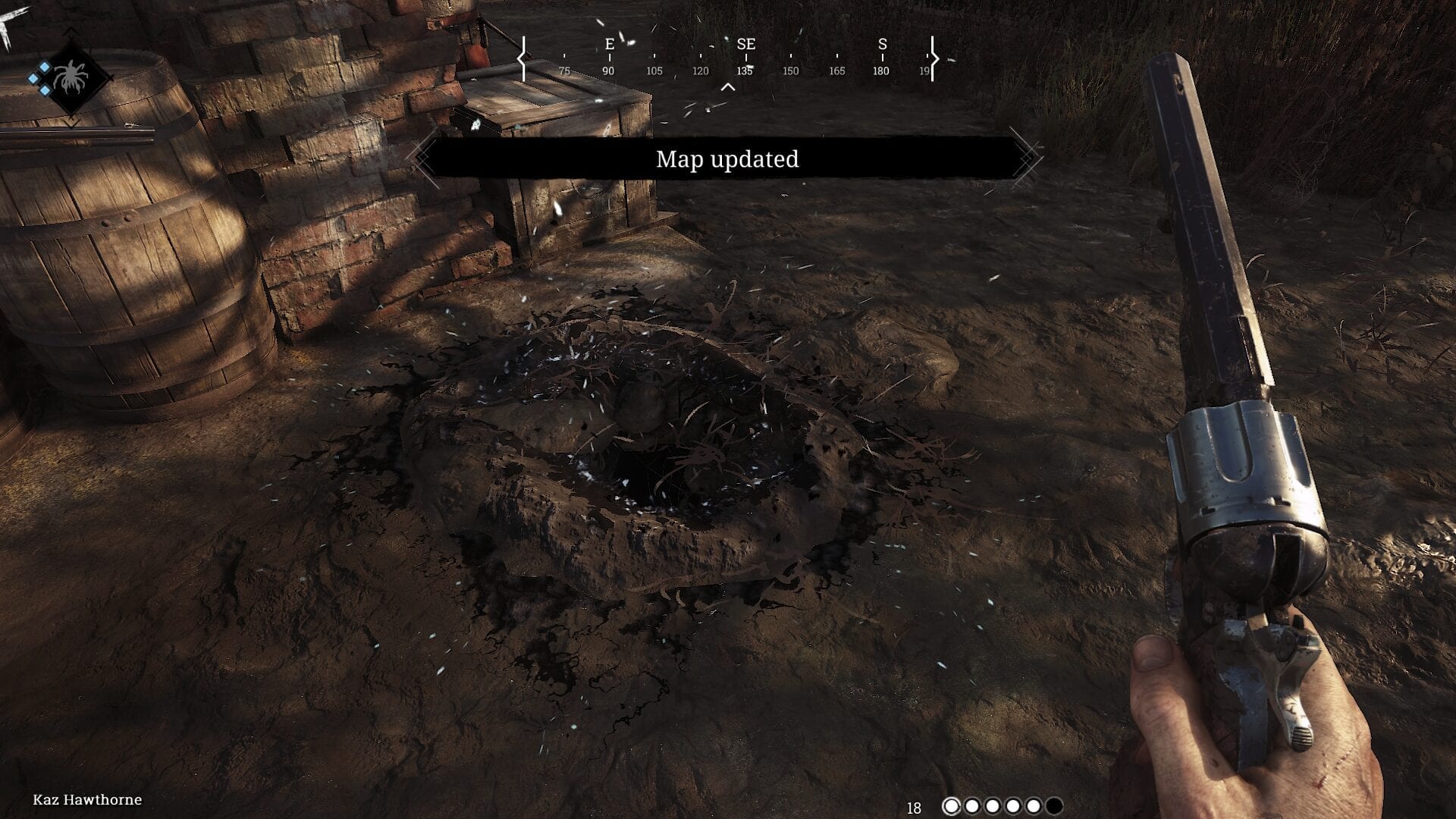 I didn’t encounter any game-breaking bugs (that isn’t to say that there aren’t any that I didn’t find) and all in all the game is definitely playable. At times the AI could use a little bit of tweaking – while most zombies are dumb as rocks and will let you sneak right past them, once in a while one crops up that can see you through walls and will chase you through an entire building. 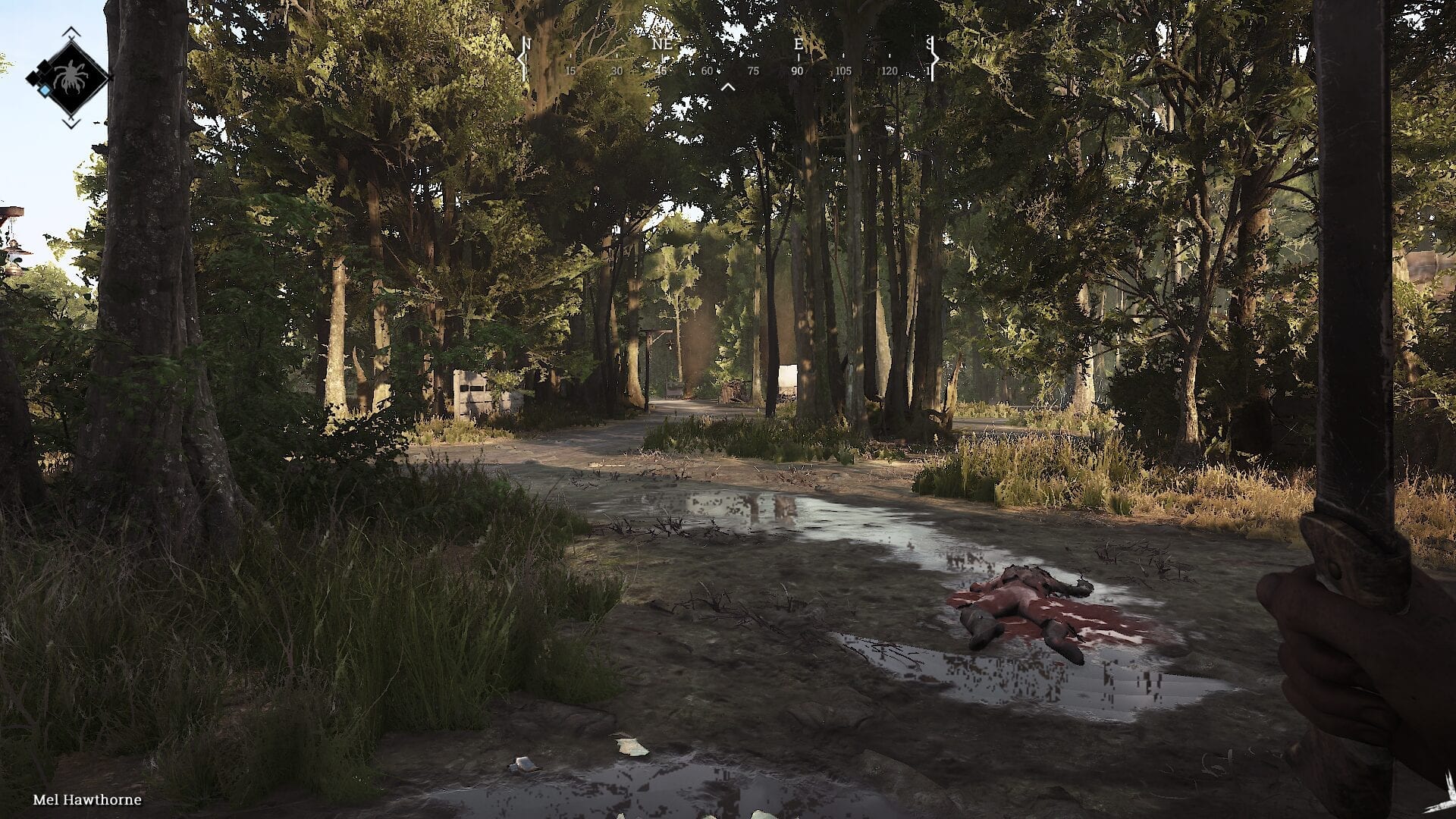 The game also isn’t really optimised yet – FPS and latency issues are still quite common, and although this isn’t too big an issue, the loading times are definitely longer than they should be. The loading screens are very pretty but there is only so long you can stare at a pistol before you get bored. 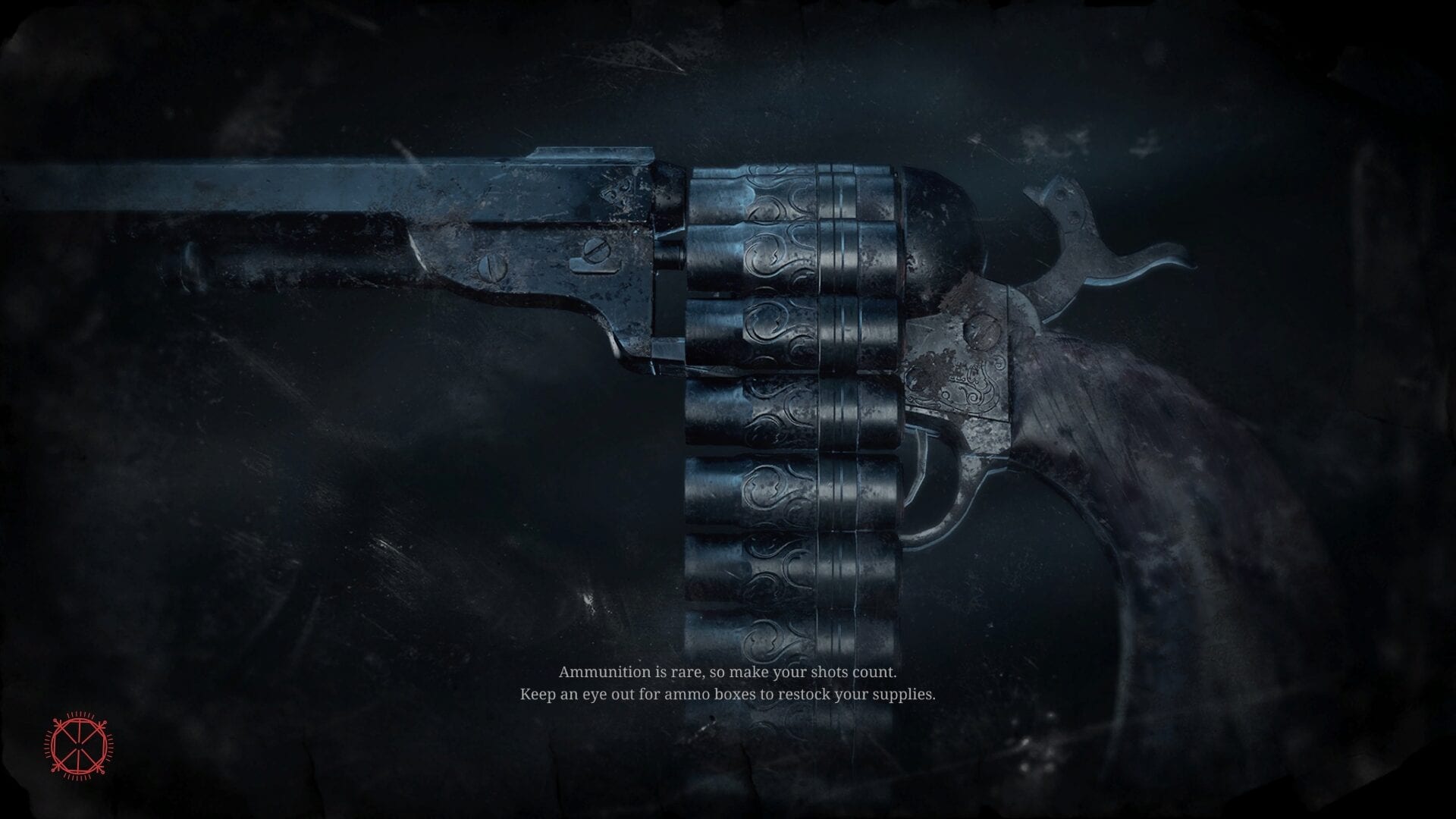 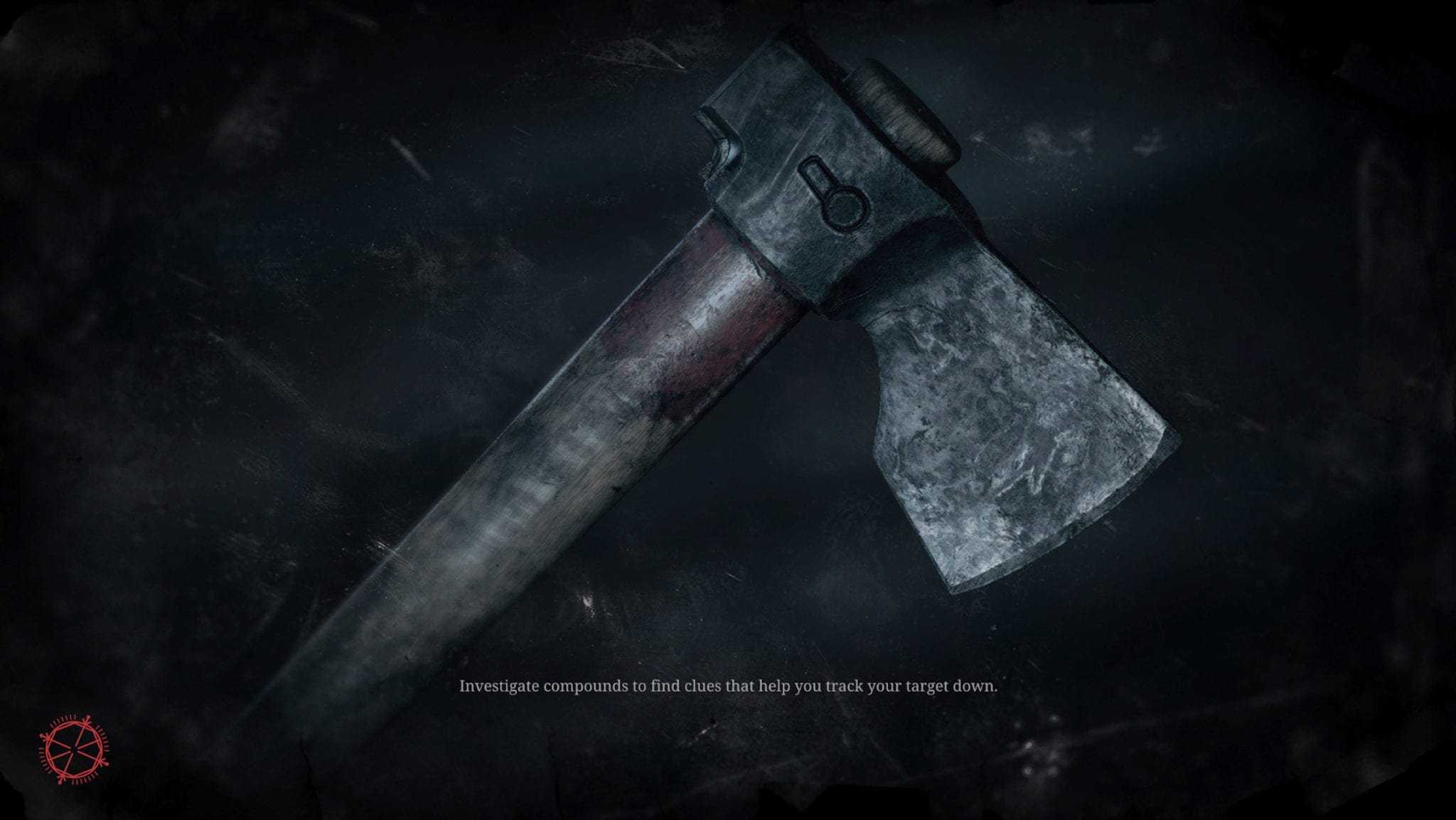 Another thing that’s a little buggy is the text-chat – there is one in the lobby before you load into the game, but it is prone to disappearing or displaying wrongly. It isn’t useable at this stage, but that doesn’t impact the playing experience too much.

5. My thoughts in Hunt: Showdown

I think this game is headed in a great direction – for an Alpha-phase game it’s really far along, and although there are things that need a bit of work, the game is definitely playable as-is. Compared to some free-to-play games, this one is probably already ahead.

One of the best things about it so far is the amount of detail the devs put in – not just the game itself, but also things like the menus. A great example is the credits – nobody likes looking at them, but this is how they presented them (and the legal stuff): Books in your own little library. 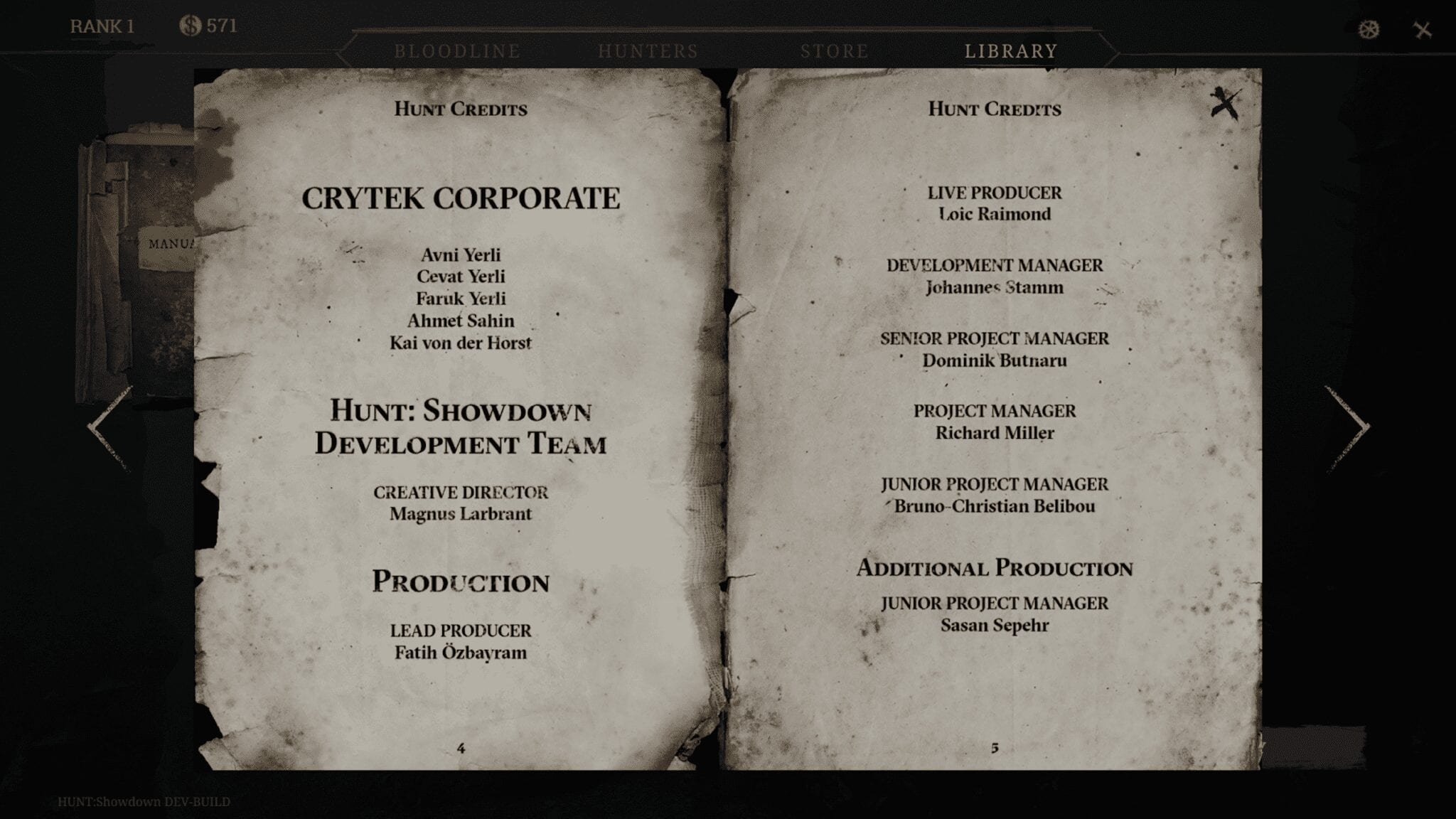 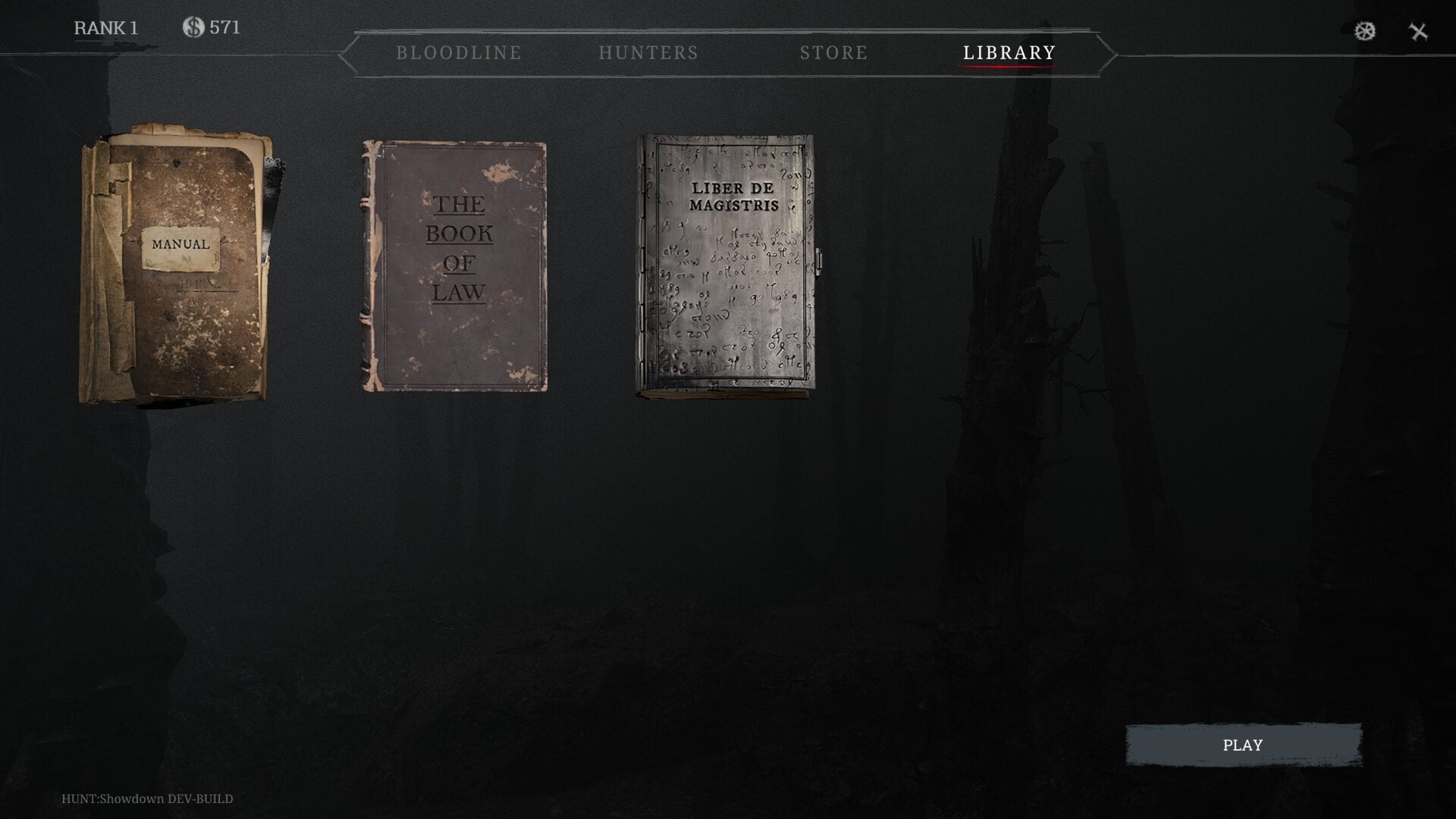 Another thing I can’t get enough of is the beauty of the world itself – the map isn’t massive, but it is stunning, especially locations with water. Notoriously a weak point for many games, this one does it beautifully already. 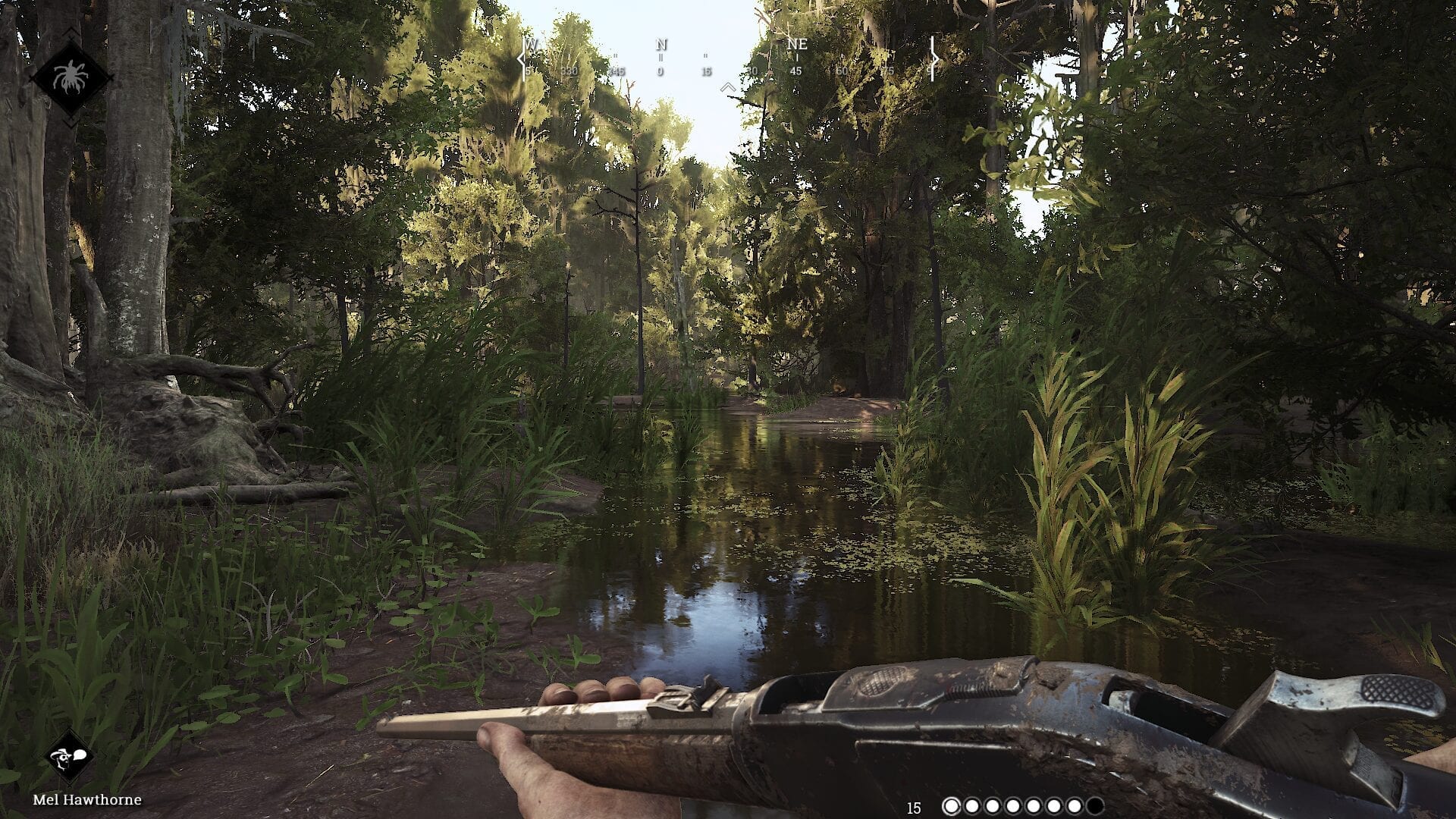 Up next LEFT 4 DEAD 3 RELEASE TEASED BY VALVE