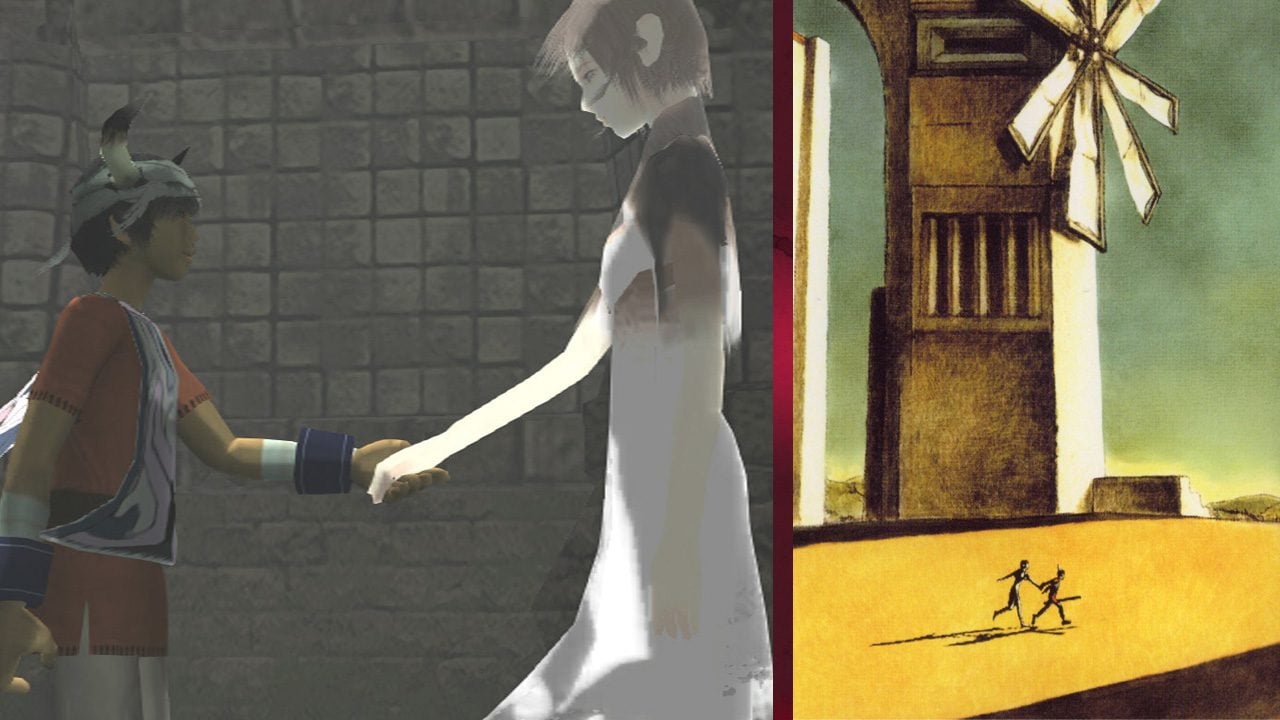 I didn’t come round to playing Ico until a number of years after its original release, but my first experience with that game is one that will always stick with me.

If you haven’t heard of Ico, you may be more familiar with its more popular siblings: Shadow of the Colossus and The Last Guardian. If you’re at all familiar with any of these titles, you should know they’re known for employing gorgeous landscapes, quietly beautiful stories, and a minimalist approach to gameplay.

Originally released back in 2001, Ico was an adventure game about a boy locked away in an abandoned castle. While exploring the fortress, he meets Princess Yorda, a mysterious and powerful girl who is being pursued by monsters that reside within the castle. The game featured a mix of puzzles, platforming and combat against shadowy monsters, that each occur at different points during Ico and Yorda’s escape.

Ico never once tells you how to play the game. There are no onscreen prompts that say “Press X to Jump!” or “Press Square to Use Action!”. These are instead presented to you through the story, with character animations, level design and audio presentation doing the heavy lifting of teaching you how the game works. It leaves you to your own devices, which is something that was practically unheard of back in 2001.

This even extends to Yorda’s dialogue, which isn’t translated and kept intentionally vague so as not to obstruct the holding hands aspect of being with her. Despite never quite understanding what she’s telling you, the connection is still there thanks to the effortless details used in other aspects of the game. Ico is quite literally one of the best examples of gameplay and storytelling coming together flawlessly.

Game director Fumito Ueda famously implemented a ‘subtracting design’ approach to the gameplay. Strictly speaking, this means removing anything from the game that interfered with the story and setting. For example, early development of the game featured a complicated combat system, a diverse range of areas to visit, and many more enemies than what appeared in the final product.

Then, one by one, the development team took out anything that didn’t fully support the story they were trying to tell. The story, of course, being the relationship that develops between Ico and Yorda. The bond they share is at the heart of this game, and adding in many more variables would simply complicate that core. So the story was kept to only focus on the escape from the castle and reducing the enemy types to a single variant.

On the other hand, this allowed the developers to add more features that added to those themes of companionship. The ‘hand holding’ mechanic, where you have to quite literally yank at Yorda’s wrist to bring her along with you, is a great example of this, as are many of the puzzles that involve the two of you working together to progress through the castle.

I hear you saying: “But Olly, what about Yorda’s terrible AI? Doesn’t that interfere with the closeness between you and her?”. To which I say: that “terrible AI” is essential! Yorda not immediately obeying your every command feels authentic. She behaves how a real person would in that situation; hesitant, weary, and always remaining vigilant about the dangers that lie ahead. I mean, it’s a big scary castle you’re both in. And with monsters pursuing you at every turn, wouldn’t you be a little cautious about following this random boy around?

Ico was only ever released for the PlayStation 2, making it a tricky title to find nowadays. Here in the UK, PS2 copies go for about £15 which isn’t too bad. But obviously, the quality of the discs can vary depending on the state they’ve been kept in over the years.

The game was later remastered along with Shadow of the Colossus for the PS3. These versions include graphical updates, along with support for PlayStation trophies and 7.1 surround sound. It’s also based on the European version, which featured additional content that didn’t make it into the North American version.

Unfortunately, whilst Fumito Ueda’s later games The Last Guardian and Shadow of the Colossus (Bluepoint remake) are both on PS4 and PS5, Ico is currently unavailable as a native title on modern platforms.

There is, however, a decent workaround. The PS3 remaster is available on PlayStation Now as a title you can stream. So if you don’t own a PS2 or PS3 but have great internet speed, this is probably the best way to experience Ico in 2021.

To this day, Ico remains one of the most influential games of all time. It inspired games like The Last of Us, Dark Souls, The Legend of Zelda: Twilight Princess, Metal Gear Solid 3, and Journey. Film director Guillermo Del Toro has even cited it as a big influence on his works. Perhaps he could make a film of it one day!

For me personally, Ico reminds me that these are the types of games I enjoy the most. Games that keep the focus on their stories, omit anything that obstructs that story, and tell a lot by using only a little. I love the feeling of immersion that comes with that, not having to worry about any subplots or sidequests distracting me. And considering the other countless games that have spawned from this, it deserves to be recognised as one of the greatest games of all time.

Have you played Ico? Or perhaps you’re a bigger fan of Shadow of the Colossus? Tell us your thoughts on our social channels.

Silent Hill 2 also turned 20 today. Can you believe these two masterpieces ended up releasing on the same day?