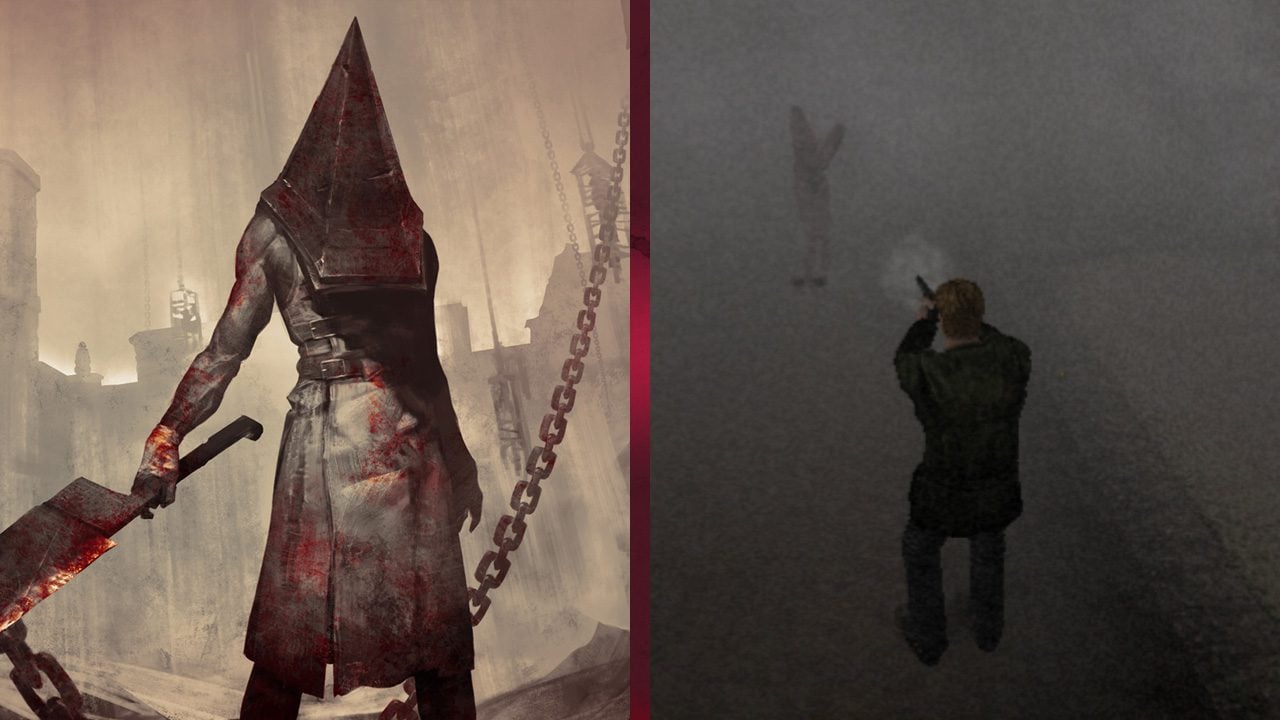 Today I feel old, because today is the day Silent Hill 2 turns 20.

Konami’s flagship horror series has been spooking us for over two decades now. While the Silent Hill series has now taken a rather unfortunate backseat within gaming consensus, the classics still remain at the forefront of our minds to this day.

But is Silent Hill 2 worth revisiting in 2021? In my opinion, absolutely.

In my restless dreams, I see that town

The town of Silent Hill has become one of my favourite video game locations of all time. Team Silent modelled the town after American locations from many books and films, including the typical Maine settings of Stephen King novels. It doesn’t necessarily feel like a real place, but rather a dream-like depiction of Everytown, USA with a seedy underbelly.

What I especially love about this setting is its rich history filled with dark secrets and grave urban legends. While the plots of the games themselves usually keep core characters at the forefront of the horror, there are plenty of notes, environmental details and voice lines that explain the backstory of the town and its dark roots.

Silent Hill and Silent Hill 3 delve deep into this backstory with their depiction of the Order, a secret cult residing in the town. However, what I especially appreciate about Silent Hill 2 is the fact that it instead uses its time to focus deeply on protagonist James Sunderland, his personal journey through the town and the psychological torment that occurs due to events in his past.

Silent Hill 2 features James Sunderland, a widower who’s come to the ghost town after a letter from his supposedly-dead wife, Mary, summons him there. What quickly follows is a descent into hell as he fights twisted monsters, meets other tormented souls, and faces punishment for his own guilt due to his past actions.

Throughout your journey in the town, you’ll visit different abandoned landmarks in a mixture of exploration, puzzle-solving and some light combat. Silent Hill 2’s horror worked so well when it was pushing you into different spooky scenarios in a variety of locations. You’ve got the labyrinthine networks of Toluca Prison, the twisted history behind Brookhaven Hospital, and who can forget the absolute terror of creeping around Lakeview Hotel for the first time? The claustrophobia of navigating these places is also unrelenting, even when you’re outside in the open, surrounded on all sides by the thick fog.

Sound design was crucial, with the game knowing exactly when to make noise and when to keep things deathly silent. You’d be running through the town, with the fog surrounding you at all angles, and then hear the radio static growing louder as you approached an unseen enemy.

The gameplay also serves the horror really efficiently too. You’re constantly running low on supplies, having to scavenge random buildings, car interiors and mailboxes for more ammo and health kits. Items that are important for future puzzles are so random too, with strands of hair and custom-crafted coins seemingly holding no significance when you pick them up, only to have them become crucial to progressing later on. This all adds to the strangeness of Silent Hill’s ghost town setting, where you’re left questioning just who is leaving all these items around, and for what purpose.

Besides that, Silent Hill 2’s biggest scares came in the monster designs themselves. Each enemy featured throughout the game is a symbolic manifestation of James’ (or another character’s) emotional state. Pyramid Head represents James’ desire for punishment, as well as a distorted reflection of his masculinity. The aggression, the overly-masculine physique, and his role as Maria’s executioner silently mirroring James’ feelings towards Mary.

This is a detail that you don’t see in James at first until you reach the latter hours of the game, but the way Pyramid Head’s appearances are kept light at first, only to become more intense as the story progresses allows us to be just as tormented as James is. And I mean, can we talk about creepy that design is? I couldn’t sleep for a week after first encountering him!

Meanwhile, female sexuality also played a huge influence in the design for some of these monsters. The appearances of the Mannequins, Hospital Nurses and the Flesh Lips boss fight each stem from James’ feelings towards Mary during the last few days they spent together.

It’s a much more effective way of doing horror monsters when the villains themselves feel like extensions of the main character’s guilt, fears and insecurities. It gives their presence in the story a lot more meaning, rather than just being scary for the sake of being scary.

It gives the game a lot more depth in ways that many other horror games at the time weren’t aiming for. Resident Evil was still tackling bioterrorism monstrosities, Fatal Frame was going for the more dreamlike J-horror ghost tropes, and Alone in the Dark was facing an identity crisis. At the time, there really wasn’t anything else quite like Silent Hill 2.

Silent Hill 2 first came to PS2 on this date in 2001, but wouldn’t see a release on Xbox until later that winter. The PC version then came about a year after that. It was also re-released some years later as part of a boxed collection called The Silent Hill Collection, which also included Silent Hill 3 and Silent Hill 4: The Room.

The PS2 version is often regarded as the best way to play the game today. Despite receiving a PC version back in 2002, the game hasn’t seen a modern re-release on digital storefronts like Steam or GOG. However, if you can get your hands on a disc copy, it’s made perfectly playable thanks to the Enhanced Edition mod.

Silent Hill 2 was remastered for the next generation of consoles, the PS3 and Xbox 360, in 2012 under the name Silent Hill HD Collection. This version is infamous for its bungled audio, downgraded graphics and wide array of technical issues. This was due to Konami archiving an incomplete version of the game’s source code. It meant that the remaster team had to fill in the blanks themselves. The results of this include the infamous Comic Sans sign and dodgy fog effects.

Unfortunately, this is the version of Silent Hill 2 that is best available in 2021. Xbox users can play the HD Collection via backwards compatibility on Xbox One or Series X|S. Meanwhile, PS4 and PS5 players can stream it on PlayStation Now. If you truly can’t access an old PS2 or modded PC copy, you’ll have to go with the HD Collection.

‘One of my favourite games of all time’

But nonetheless, 20 years later and I’m still finding a reason to revisit this game. It says a lot about how clever it wraps together its narrative design and survival horror framework. Silent Hill 2 is an ageless title that always leaves you emotionally drained by the end of each playthrough. Its attention to detail with regards to characterisation, environmental design and horror pacing is unparalleled. It’s one of my favourite games of all time.

Do you have any special memories of Silent Hill 2? Which is your favourite game in the series? Let us know on our social channels! In case you missed it, PS2 cult classic Ico also turned 20 today.