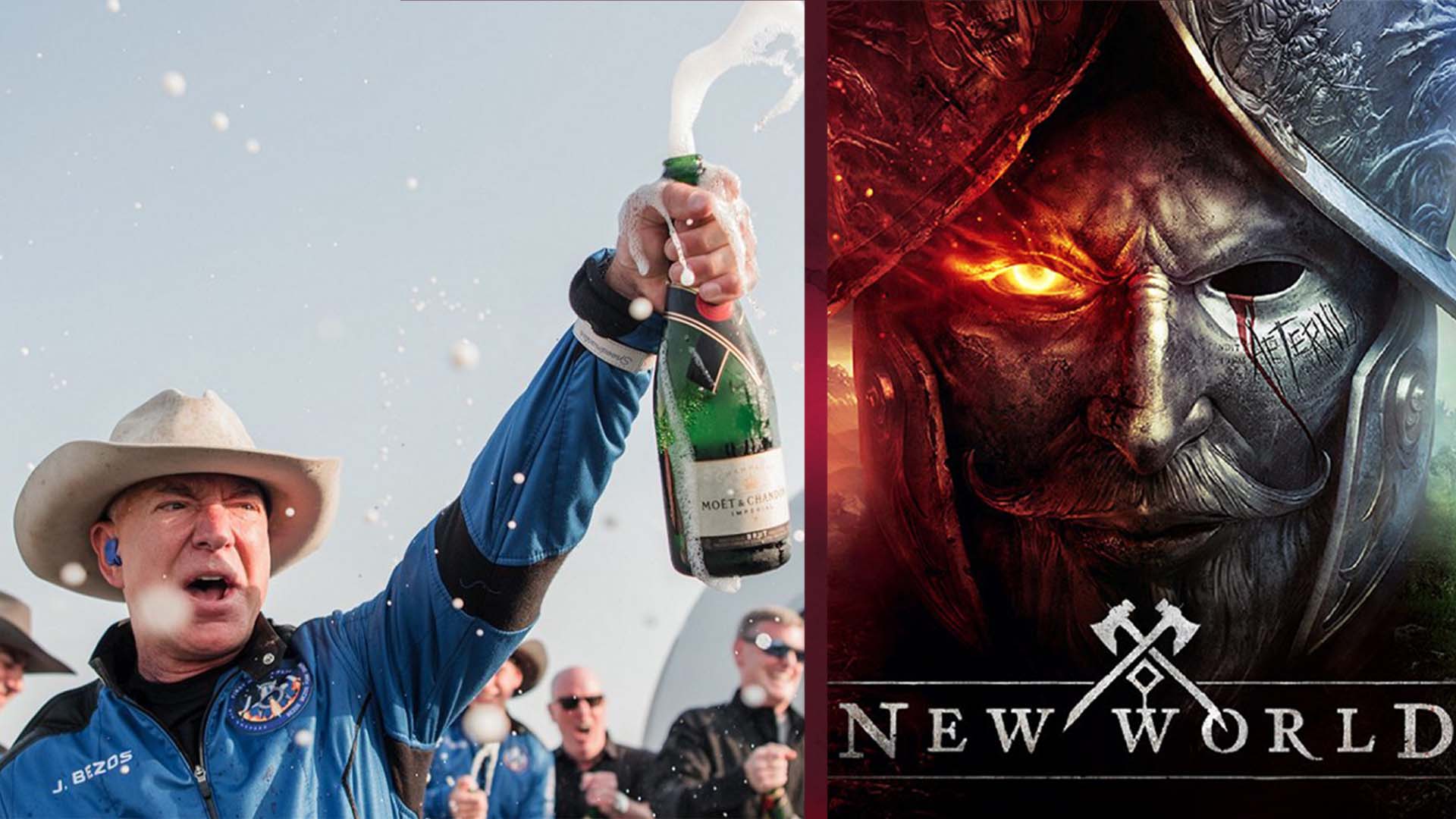 The launch of Amazon Games’ new MMO ‘New World’ is the studio’s first success, according to Jeff Bezos.

New World is a colonising RPG, where you must conquer the island of Aeternum. The game’s description elaborates:

‘Explore a thrilling, open-world MMO filled with danger and opportunity where you’ll forge a new destiny for yourself as an adventurer shipwrecked on the supernatural island of Aeternum. Endless opportunities to fight, forage, and forge await you among the island’s wilderness and ruins. Channel supernatural forces or wield deadly weapons in a classless, real-time combat system, and fight alone, with a small team, or in massed armies for PvE and PvP battles—the choices are all yours.‘

The game has faced a series of setbacks – including several delays to the release. Even the game’s blog ahead of release said: ‘I know it isn’t a revolutionary position in online gaming to take, but it still needs to be said – we view this launch as a beginning, not a completion.‘

The studio was certainly attempting to temper expectations.

As we wrote about last week, Amazon Games has attempted to stop players from using New World to tease Jeff Bezos. A player infiltrated the beta of the game to share unflattering truths about Amazon (such as that their workers have to pee in bottles).

Since release, the game has seen further issues. Long queues to join servers have led the game to put limits on character creation, according to NME. The studio put out a statement on its Twitter account, essentially claiming they were a victim of their own success:

However, billionaire space cowboy Jeff Bezos seems happy with the game. According to reporting in Videogames Chronicle, he called the launch a success. Going on to write on Twitter:

‘After many failures and setbacks in gaming we have a success. So proud of the team for the persistence. View setbacks as helpful obstacles that drive learning. Whatever your goals are, don’t give up no matter how hard it gets.’

The failures he’s mentioned here could be the cancellation of Amazon Games’ previous projects. Both The Lord of The Rings MMO and the team-based shooter ‘Crucible’ were dropped by the studio.

The whole premise of New World has been criticised for its colonial themes – such as this excellent piece in Polygon. But at least the Amazon CEO is happy with it.

What do you think of the launch of New World? Have you experienced queues or other issues? Let us know via our social media channels.