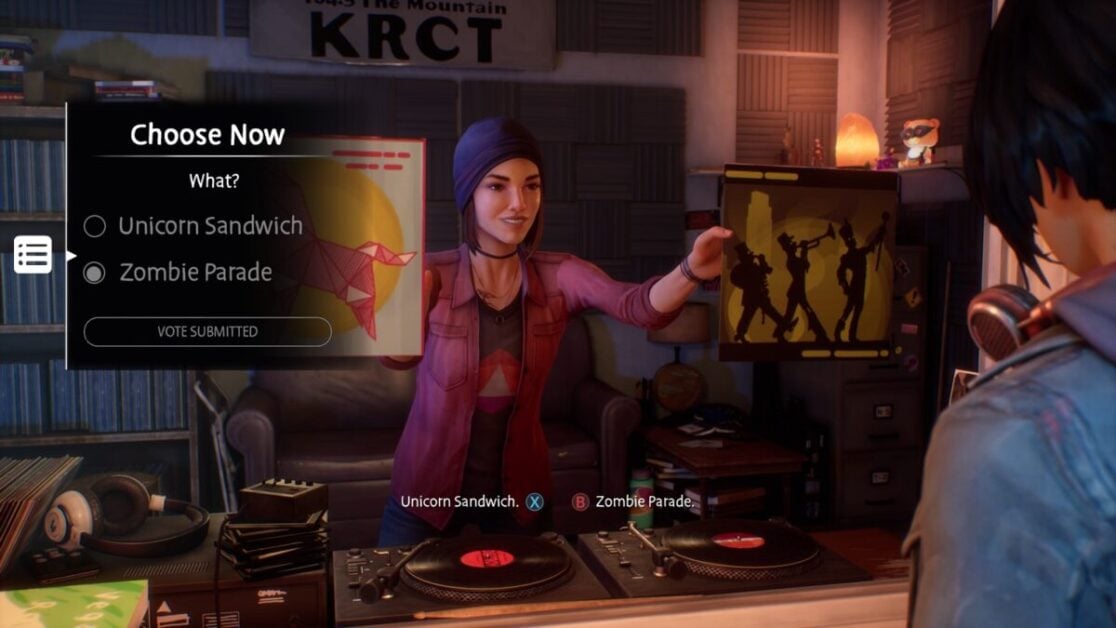 Square Enix has announced a new feature for Life Is Strange: True Colors that allows Twitch viewers to play along with the streamer by voting on choices made throughout the playthrough.

Crowd Choice is a feature of some games with choice-based gameplay. Viewers of a streamer’s channel can collectively vote on a choice presented to a player, with the highest amount of votes triggering that specific decision.

This type of feature has been made available for other games in the past, such as Baldur’s Gate 3. It is also frequently modded in for older games, like allowing Twitch chat to drop a pesty Goomba during serious Super Mario Bros. 3 runs.

INTERACT WITH YOUR FAVOURITE STREAMERS

Basically, it allows for viewers to get involved with a streamer’s game. It means they can now take part in the nail-biting decisions and crucial choices. For streams with a high viewer count, we can only assume this will cause lots of tension in the chat box. But at the same time, it sounds like a super fun way to experience Life Is Strange True Colors!

It’s possible that Square Enix will also implement this feature into the upcoming Life Is Strange Remastered Collection. It features new versions of the original game and the Before the Storm prequel with updated animations, graphics and controls.

Meanwhile, Life Is Strange recently announced its upcoming TV adaptation had signed on Shawn Mendes to produce music for the show. It’s safe to say there are plenty of exciting things happening with the franchise right now, and we love to see it.

Life Is Strange: True Colors releases later this month on PC, Xbox, and PlayStation. A Nintendo Switch version is also launching at a later date. You may want to preorder a copy for yourself over on the GameByte shop!