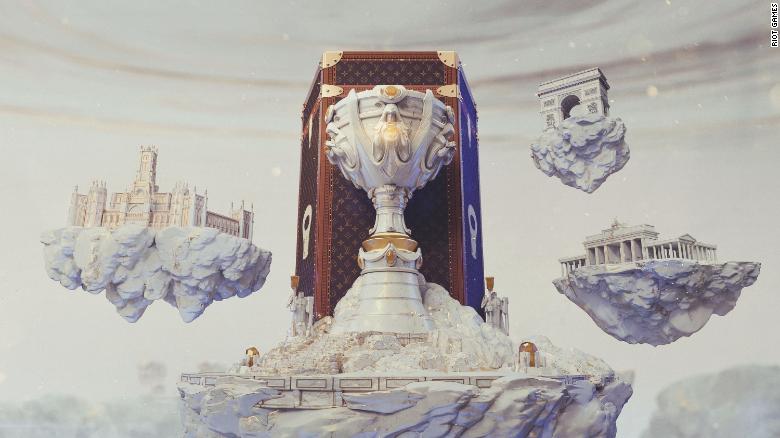 Earlier this year one of the strangest collaborations of all time was announced, as Riot Games and Louis Vuitton announced a League of Legends high fashion collection. No, I’m not joking.

To be fair, The Sims 4 had a similar collab with fashion brand Moschino this year too, though that was part-and-parcel with The Sims 4 Moschino Stuff Pack, which included branded in-game home and fashion items. The Louis Vuitton x League of Legends collaboration is considerably more…surprising, not to mention expensive.

If that doesn’t float your boat then there’s this lovely crop top which will set you back just $1,380.00 USD.

The collection, which is set to ship around March 2020, comes shortly after the high-end fashion brand partnered with Riot Games for a recent LoL esports tournament.

Back in October, Naz Aletaha, Head of Global Esports Partnerships at Riot Games, said in a statement: “We are honored to have Louis Vuitton as an official partner with designs to impact the look, feel, and prestige of our most prominent League of Legends event.

“This is a historic partnership that speaks to the impact Riot Games and League of Legends has had on the industry over the past nine esports seasons. We welcome the LV brand to our sport and we are eager to share the entire scope of the partnership in the months ahead, in particular on November 10 when the Summoner’s Cup is awarded in Paris.”

Louis Vuitton CEO and chairman Michael Burke also added: “The League of Legends World Championship is not only the climax of the tournament: it’s where the world of sports and entertainment come together in celebration of new legends to be born.

“Louis Vuitton has long been associated with the world’s most coveted trophies, and here we are today, alongside the Summoner’s Cup. We are thrilled to be part of such an iconic event.”

Check out the full collection right here. If you pick anything up then let us know!