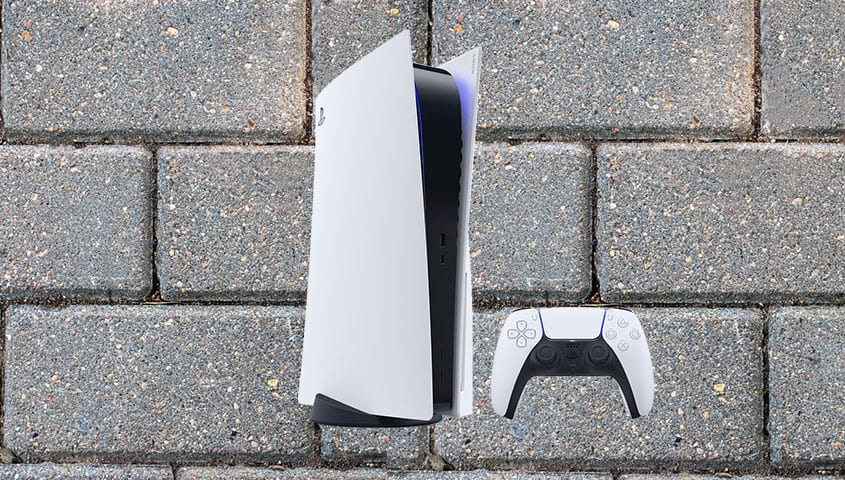 A man from Utah has contacted the police after his PS5 order from eBay turned out to be nothing more than a concrete block.

Most of us have heard the term “bricked” console, however this story reveals that this is quite literally what the poor gamer received after trying to purchase the Sony console from the auction site.

As reported by Fox News [via Eurogamer], the gentleman paid over the odds for the “PS5,” shelling out $900 for what he believed was a genuine PlayStation 5 listing on eBay. What he actually got was a literal concrete brick.

To be fair to this man, reports suggest that the PS5 listing looked genuine, and when his order arrived packaged in a PS5 box he was none the wiser.

Upon opening the PS5 box the man discovered that he had spent nearly $900 on a concrete brick and, as you can imagine, he wasn’t overly impressed.

According to Fox News, the angry gamer contacted his local police station to report the fraudulent sale and – with the police being as busy as I assume they are – they recommended the man to contact eBay to resolve the issue.

Thankfully the man is protected by eBay buyer protection, even against listings that have accurate descriptions.

As a personal rule when buying from eBay, I never purchase from a seller that has a low seller’s rating or few sold items, and I always make sure that they have a positive feedback rating.

Since the launch of the new-gen consoles eBay has been rife with not only profiteering sellers but also listings that are selling photos of PS5s for big bucks, deceiving buyers into believing that they are purchasing a PS5 console.

As a personal golden rule, I go by the motto that if something appears to be ‘Too Good to be True’ in the world of eBay, it probably is. So please be careful what you buy online.

Would you call the police if your PS5 turned out to be a concrete block? React with our Emojis below!