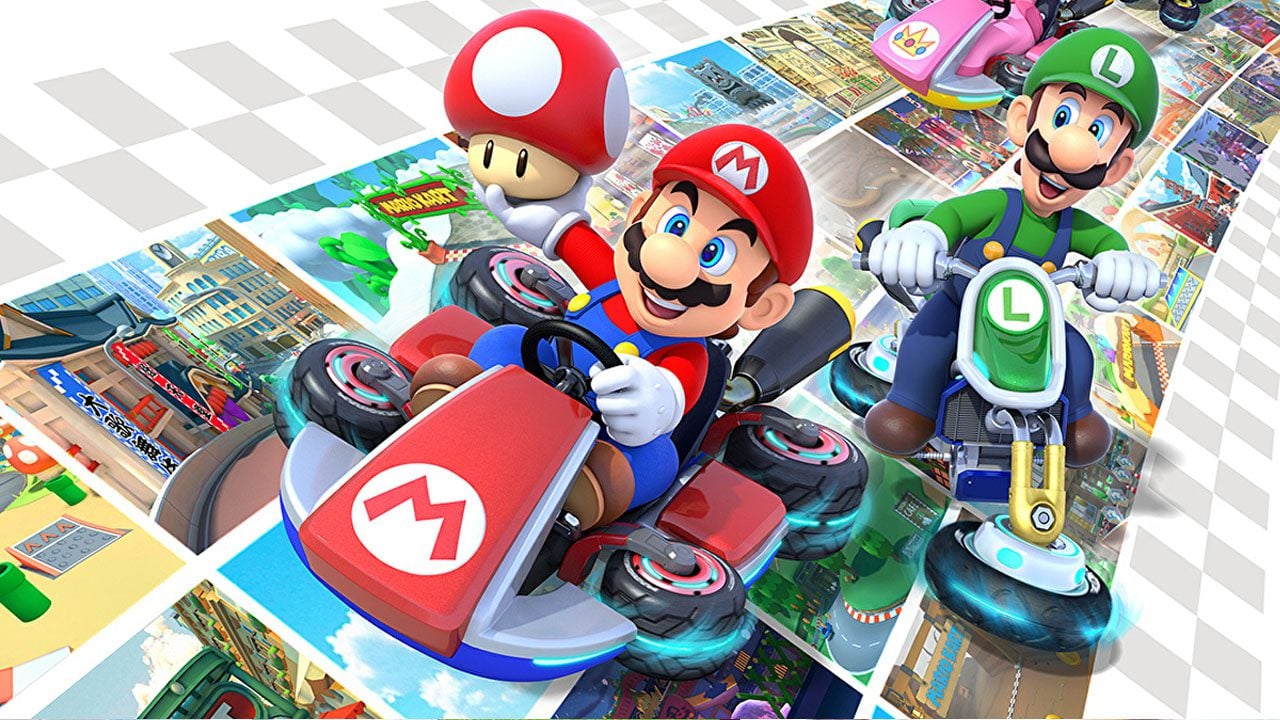 A recent Mario Kart 8 Deluxe datamine might have revealed some of the courses we can expect from the DLC.

Last month we got the surprising news that instead of a new Mario Kart, we would be getting DLC containing 48 new tracks. And the first wave of that DLC, the Booster Course Pass, just launched last Friday, March 18.

Now, someone has taken Mario Kart 8 and performed a datamine to see if there’s any information hiding somewhere. And a banner image included in the files might have revealed upcoming tracks.

The banner image is essentially the same as what has been used to advertise the DLC so far. It shows Mario, Luigi, Peach, and Toad, racing along a track made up of images of various tracks.

The thing that’s different about it is that the images showing off the tracks are different. And eagle-eyes fans think they have been able to figure out some of the tracks.

As seen above, Editor in Chief of Source Gaming Joshua Goldie has been able to spot a few of the potential tracks. These include Sydney Sprint and LA Laps from Mario Kart Tour, Koopa Cape from Mario Kart Wii, and Mario Circuit from Mario Kart for the SNES.

If you aren’t sold on the idea of the new tracks, don’t worry, you aren’t alone. But thankfully, you don’t need to buy them to try them out. As they will be playable online even if you don’t own the DLC. You’ll just have to hope that someone chooses the new tracks.