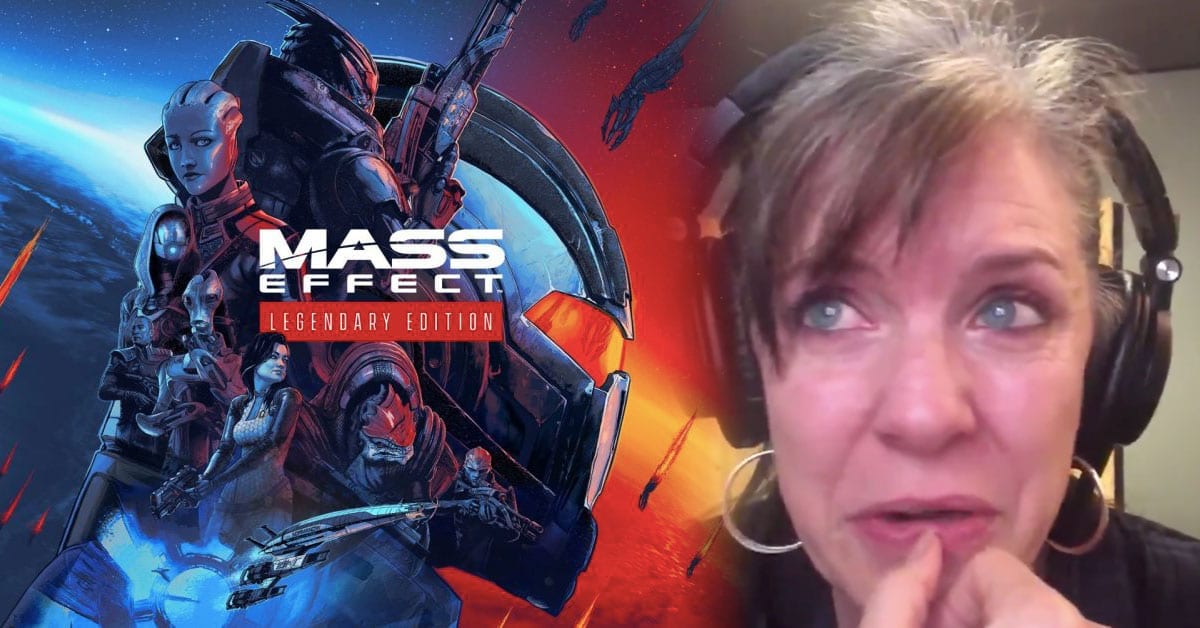 The gameplay trailer for Mass Effect Legendary Edition has finally dropped, and the series’ actor Jennifer Hale shared her reaction in an iconic video.

Jennifer Hale is one of the most respected voice actors in the industry, beginning her career way back in 1998. Hale has voiced characters in TV animations for Marvel, DC, Cartoon Network, Star Wars and more.

In the video game industry her career is just as prolific, having voiced the likes of Naomi Hunter in Metal Gear Solid, various voices in Knights of the Old Republic, Samus in Metroid and – perhaps more notable – the female version of Commander Shepard in the Mass Effect series.

The trailer which dropped earlier this week was as epic as you’d expect from the Mass Effect series. It captured the drama, tension, action, suspense of the original games, all with a touch of current-gen goodness. It also highlighted love for the series with the characters we adore and the relationships that we have built with them.

In a nutshell, the trailer was pretty much perfect in almost every way and it seems that Jennifer Hale thought so too.

“Not gonna hide it, this is pretty damn cool,” said Hale in a tweet featuring an emotional reaction to the trailer.

In the video Hale is full of emotional tears, thanking the team at BioWare for the amazing trailer. If you ever wanted to see an example of someone who loves their work, Jennifer Hale is that prime example. Check out the video above, but fair warning, you might want to grab some tissues!

If you missed yesterday’s announcement you can catch up on Everything You Need to Know about the Mass Effect Legendary Edition here.

Mass Effect Legendary Edition releases for PC, PS4 and Xbox One on May 14th, and it will also be backwards compatible on new-gen consoles.