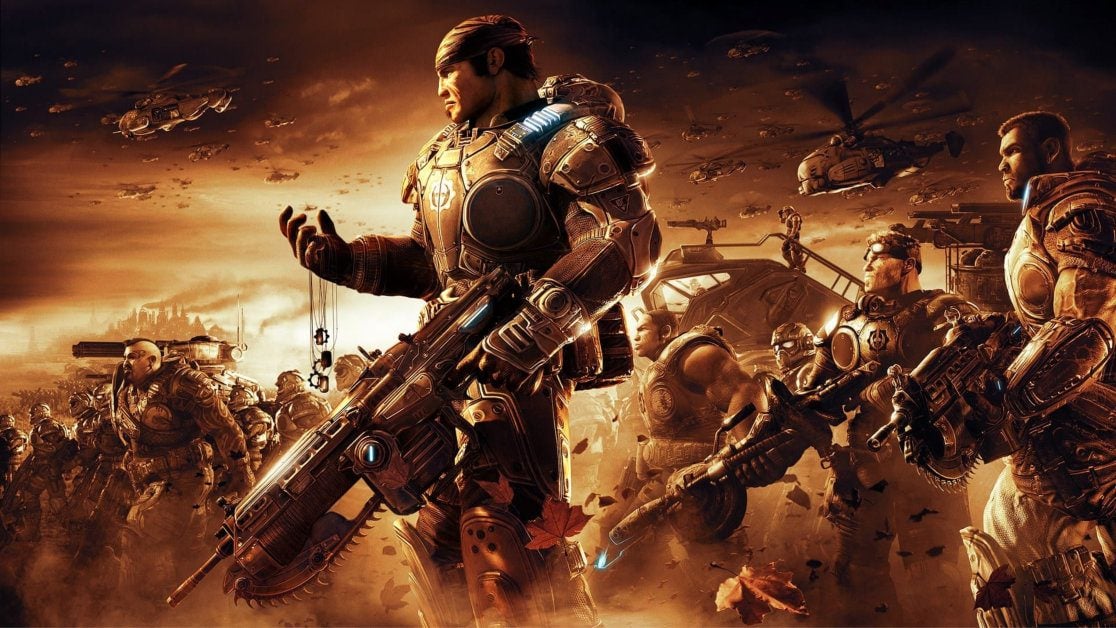 Microsoft files a new trademark for the Gears of War series. So, could this mean that a game announcement is imminent?

Rumours of a new Gears of War have been making the rounds for a while. Depending on what rumours you read, we could soon be getting a Gears 6, or even a remaster of Gears of War 2.

However, its thought that the arrival of Gears 6 could be at least a couple of years away at this point.

Could Gears get the Master Chief treatment?

Furthermore, reports earlier in the year suggested that a Halo: Master Chief Collection-inspired bundle could be arriving at some point this year. This is in addition to a rumoured Fable remastered collection.

While we can only speculate what Gears goodness could be on the way, a recent trademark filing has sparked some excitement among fans.

What could the Gears of War trademark mean?

As is quite typical with most trademarks, the details are vague at this time. The registered trademark comes under the gaming category of: “tabletop games; board games; card games; trading card games; [and] arcade games.”

Interestingly, the recent trademark is under its original full name of “Gears of War”. This particular trademark has sparked rumours that a remaster of sorts could be on the way.

The trademark in question was filed on September 20 2022.

If this trademark is anything to go by, the rumoured collection could feature GoW1 through to GoW4 as well as Gears of War Judgement. Furthermore, in 2015, the original game received a remaster under the name “Gears of War: Ultimate Edition”.

It’s soon the 15th anniversary of Gears of War 2

2023 marks the 15th anniversary of GoW2 for Xbox 360. So, wouldn’t it be fitting to celebrate the anniversary with a release of Gears of War 2: Ultimate Edition?

At this time, we can only speculate what the trademark means until Microsoft or The Coalition makes an official announcement.

It’s entirely possible that the trademark could simply exist to prevent the licence from falling into the wrong hands. So, we must take all rumours and speculation with a pinch of salt.

Would you like to see Microsoft release a Gears of War 2: Ultimate Edition or even a Master Chief-inspired collection? Let us know across our social media channels.