Nintendo has revealed the next fighter coming to Super Smash Bros. Ultimate is none other than Steve from Minecraft. But wait, there’s more! 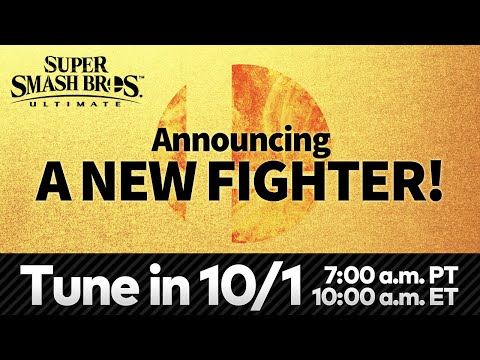 You’ll be able to swap Steve out for an Alex skin, and the game will also add in a number of Minecraft stages for you to fight to the death in.

“A lot of elements are completely different from our other fighters,” said Nintendo’s Mr. Sakurai during the announcement, confirming more details on Steve and Alex will be coming later this month.

According to Nintendo, the upcoming presentation will reveal more about Steve and Alex as fighters, and will reveal the release date for the new content. It’ll be a 45 minute livestream, taking place before Minecraft Live, on 03/10 at 16:30 CEST.

Minecraft’s Steve is the seventh DLC fighter to come to Super Smash Bros. Ultimate (not counting the Piranha Plant fighter, of course).

Naturally, gamers are thrilled with the news, which will see two of the most beloved game series of all time collide in what’s set to be a massive brawler.

Social media is currently awash with thrilled gamers reacting to the news. One user took to Twitter to shout: “YALL I HAD TO GO BACK I THOUGHT I WAS DREAMING FOR A SEC STEVE IS IN SMASH.”

Steve is part of the Fighters Pass Vol. 2, which introduced Min Min earlier this year. The Smash Bros Ultimate Fighter Pass. Vol. 2 is a beast of a DLC, giving you access to six Challenger Packs as they’re released. They’ll be distributed sequentially by the end of 2021, so there’s going to be plenty for you to try out! Each Challenger Pack comes with a new fighter (the rest are yet-to-be-announced), a new stage and multiple music tracks.

Super Smash Bros. Ultimate Will Receive No Further DLC Beyond 2021

Smash Bros. Ultimate Might Not Be The Final Game In Series

This Is How Tall Steve From Minecraft Really Is

Virtua Fighter Makes Its Grand Return As A PlayStation Exclusive