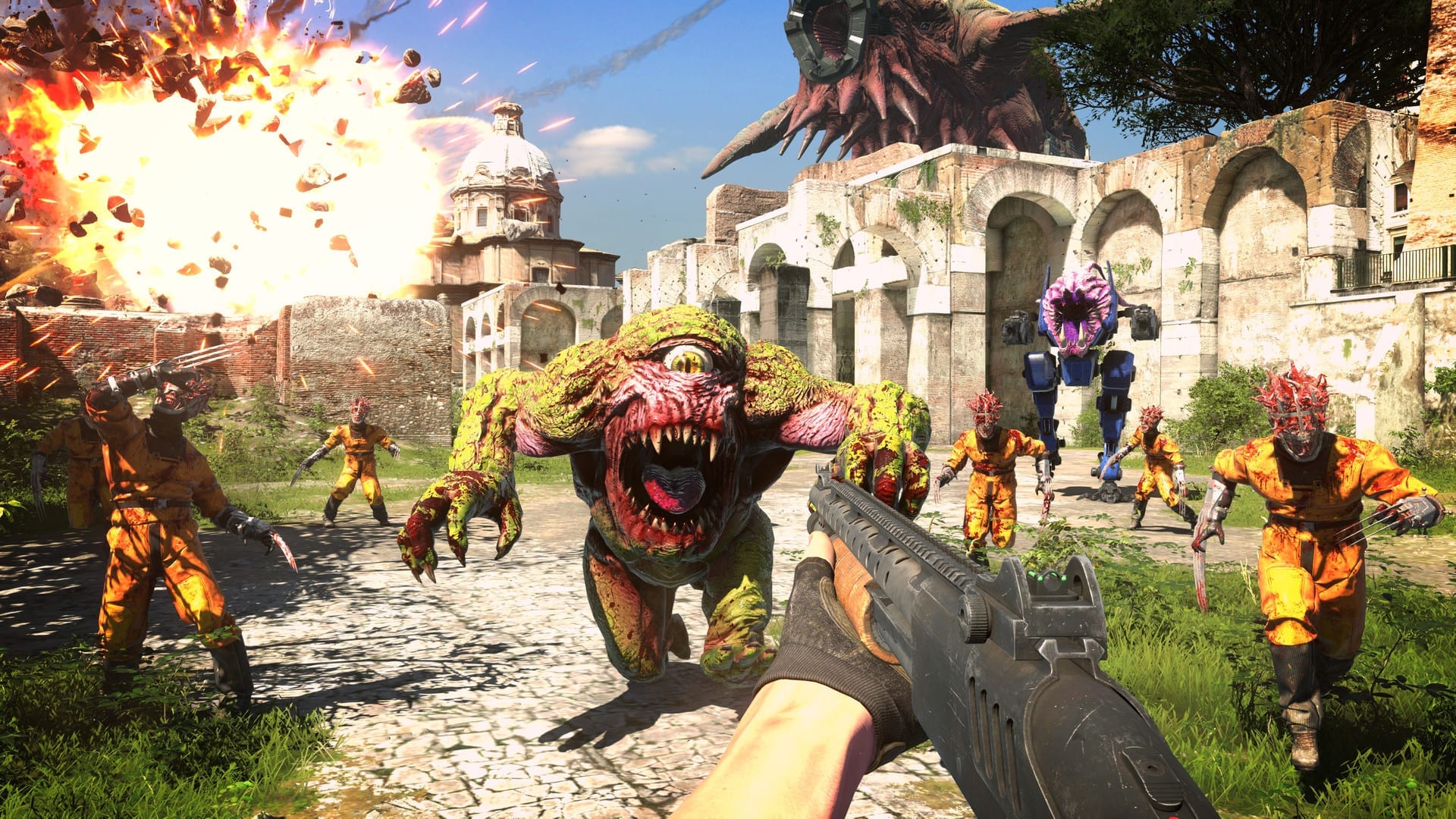 Serious Sam 4 may have only released in August, but the developers at Croteam have teased more games in the series following a new partnership with Devolver Digital.

In a blog post, Croteam spoke of humble beginnings with the Croatian-based studio starting life making football games.  However, despite dabbling in the sports genre, Serious Sam was their long-term vision, but bringing that vision to fruition was no easy task.

Creating a tech demo for Serious Sam, the project caught the interest of a publisher known as Gathering of Developers with some of its members later going on to form Devolver Digital.  Over the years this working relationship between Croteam and Devolver Digital soon became a bond of friendship.

The first release in the Serious Sam series was Serious Sam: The First Encounter in 2001 under Gathering of Developers, which later received a HD remaster for PC and Xbox 360 in 2009 when Devolver Digital was formed.  Since that time, with Devolver Digital’s support, we got four more releases from the Series Sam franchise, including the most recent Serious Sam 4.  Not to mention, the critically acclaimed puzzler, The Talos Principle in 2015.

Both Croteam and Devolver Digital have had a close bond and blossoming friendship over the years, so they both decided to make it official and as a result, Devolver Digital has acquired Croteam or as the blog post puts it, they “just got married”.

The announcement of the “marriage” made in heaven came with the news that Croteam not only has plans to make even more Serious Sam games, but they will also be developing The Talos Principle 2.

“Devolver has acquired Croteam…or maybe Croteam has acquired Devolver…who could really know at this point in the relationship,” says the blog. “What’s certain is that our future together is ultra exciting with new projects like The Talos Principle 2, more Serious Sam games, and original IP from Croteam and the Croteam Incubator studios.”

One of the great aspects of this publisher and developer partnership is that Croteam are not under any pressure from Devolver Digital as they will retain “total creative freedom”, but the publisher still gets to make “dumb recommendations that Croteam just ignores”.

Serious Sam 4 is currently available for PC and Google Stadia, with a PS4 and Xbox One release planned to launch next year.

Are you excited that Developer Digital and Croteam have officially got hitched?  Share the love via the Emoji’s below.