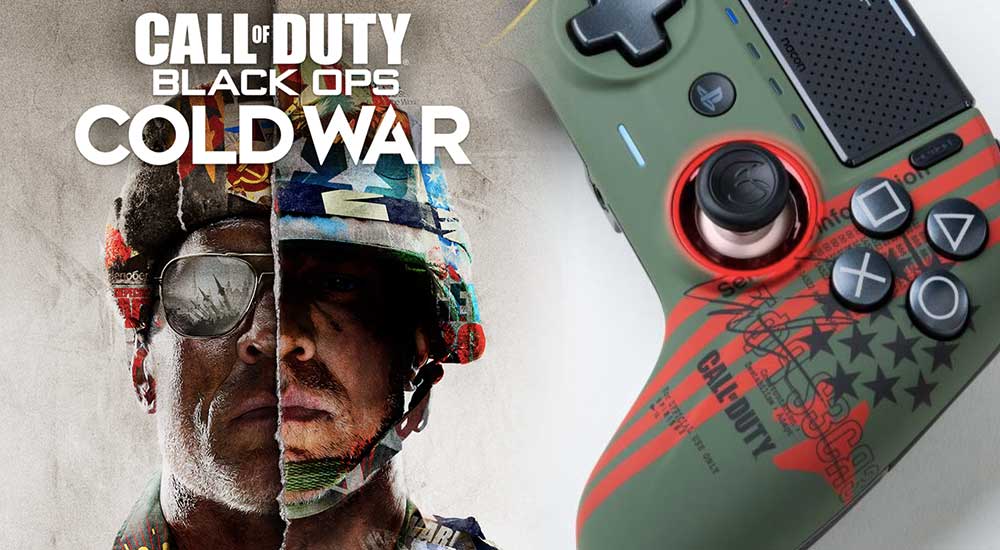 The special edition controller is designed to see you through Call of Duty and beyond. The latest addition to the incredibly popular REVOLUTION Unlimited range, the controller comes in an army-inspired green, complete with intricate detailing and the Call of Duty logo.

In a press release, NACON says: “Boasting a wireless game mode, the REVOLUTION Unlimited for PlayStation®4 offers exceptional performance and multiple configuration options that competitive players have come to expect.”

The limited edition design is fully licensed by Activision, and is completely inspired by the aesthetic of the upcoming shooter.

Those who pick up a NACON Call of Duty controller will also receive an access code, unlocking in-game bonus content for Black Ops Cold War.

This isn’t just your standard DualShock 4 though, as the REVOLUTION Unlimited game pad promises all the precision to impress even the most elite esports pros.

As NACON’s website explains: “The sensitivity of the REVOLUTION Unlimited Pro Controller’s sticks can be easily adjusted thanks to interchangeable heads (concave or convex) and shafts (different diameters). Additional weights can be added to the concealed compartments on each of the controller’s handles.”

With its unique look and flair, the €179.90 limited edition Call of Duty NACON controller definitely won’t be around for long. Releasing November 13, if you want to add one to your collection, you can do so right here.

Call of Duty: Black Ops Cold War is due to release on PC, Xbox One and PlayStation 4 on November 13th 2020. Next-gen versions of the game will also be releasing.

For PlayStation 4 gamers who have pre-ordered a digital copy of the game, you will be able to play an early access beta from October 8th–9th. The PS4 Open Beta will run from October 10th-12th.