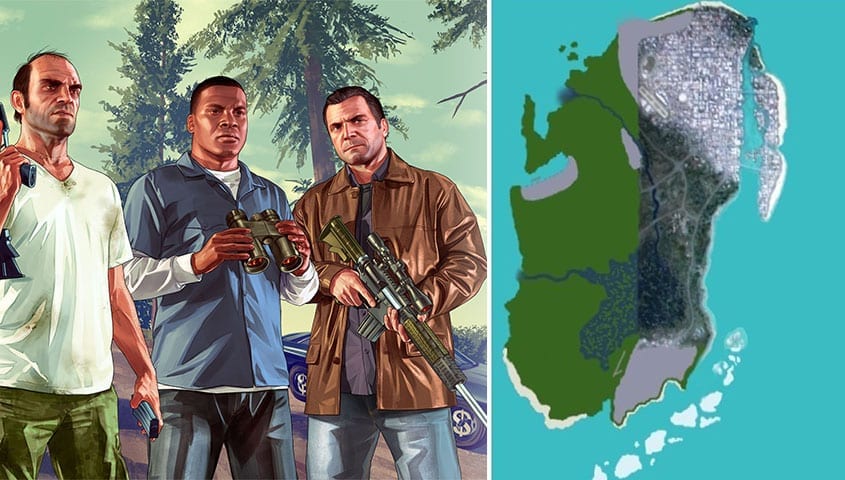 A new speck of evidence noted by Reddit seems to give credence to previous leaks surrounding the potential map for GTA 6 – but could the leak be real?

Rumours of GTA 6 have been around pretty much since the day GTA 5 launched, and while many have been debunked, many still gain traction and slowly head towards the realm of the believability as evidence stacks up.

As always, take this with a pinch of salt until confirmed! With that out of the way, let’s get into it!

One of these claims relates to a 2018 leak which allegedly showed off snippets of the map of GTA 6. Of course, the leak went unverified and remained mostly forgotten about. Until now.

The original leak can be seen via the links in the tweets below, but as you can see, there’s not much to suggest the GTA 6 map leak could be real.

Cut to October 2020 and Twitter user @rockstarnews18 seems to have spotted some evidence which could suggest the leak is real.

As noted by the user, the original account who leaked the map follows only one other Twitter account, one by the name of @VG_Marketing, perhaps suggesting that the two accounts are run by the same person.

The user then noted that one of VG_Marketing’s tweets from 2015, which shows off a snippet of what appears to be the Take Two Interactive logo – the parent company of Rockstar Games. Check it out below.

Bored at the office. Burnt out. Looking for a career change. pic.twitter.com/MS4TBsvBqg

If it’s true that @VG_Marketing and @9teen8E5 are in fact the same person, and one of them seems to have correspondence from Take Two Interactive, could it be that this is in fact a Rockstar employee, and does that mean the map leak is real? Sadly we won’t know until we know, but it’s definitely a very interesting find from @rockstarnews18!