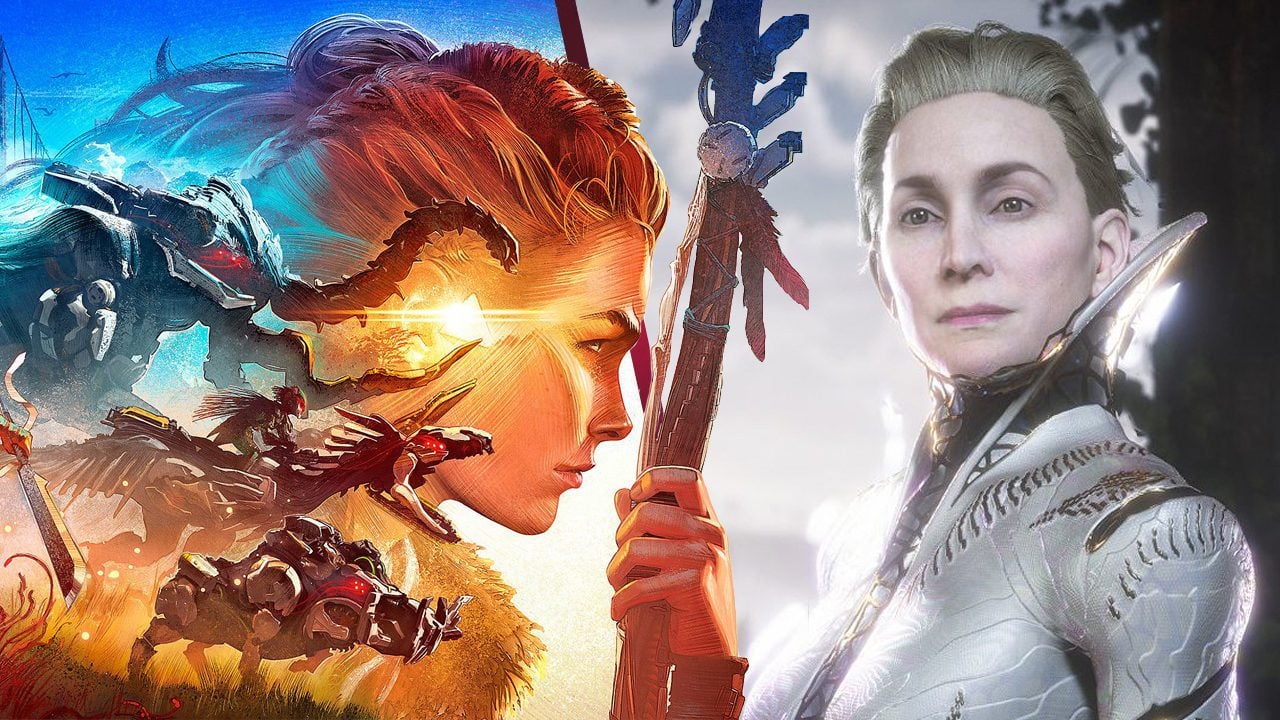 With only a few weeks to go until release, hype for Horizon Forbidden West is certainly starting to build. Developer, Guerrilla Games, released a new story trailer for the title today, diving deeper than ever before into the new narrative.

The new trailer, which features a mix of gameplay and cutscenes, provides more information about Aloy’s motivation for traveling to the Forbidden West. It would appear the world of Horizon is slowly running out of food, as a plague sweeps the land taking over machines. While we already knew this part, we also get a glimpse at what might be one of the game’s primary antagonists.

Rebel leader Regalla looks set to be one of Aloy’s primary enemies in the game. We saw the leader in battle, mowing down numerous foes. Regalla also looks like she is able to control the machines. Which means she’ll likely be a difficult adversary for Aloy throughout the game.

Sony also released new key art for Horizon Forbidden West shortly after the trailer went up. Aloy can be seen alongside several key characters, facing off against an army of machines and rebels.

Elsewhere, Microsoft has confirmed that Xbox Game Pass now has over 25 million subscribers globally. The monthly subscriptions service allows customers to download and play a selection of games on Xbox and PC, provided they have an active subscription.