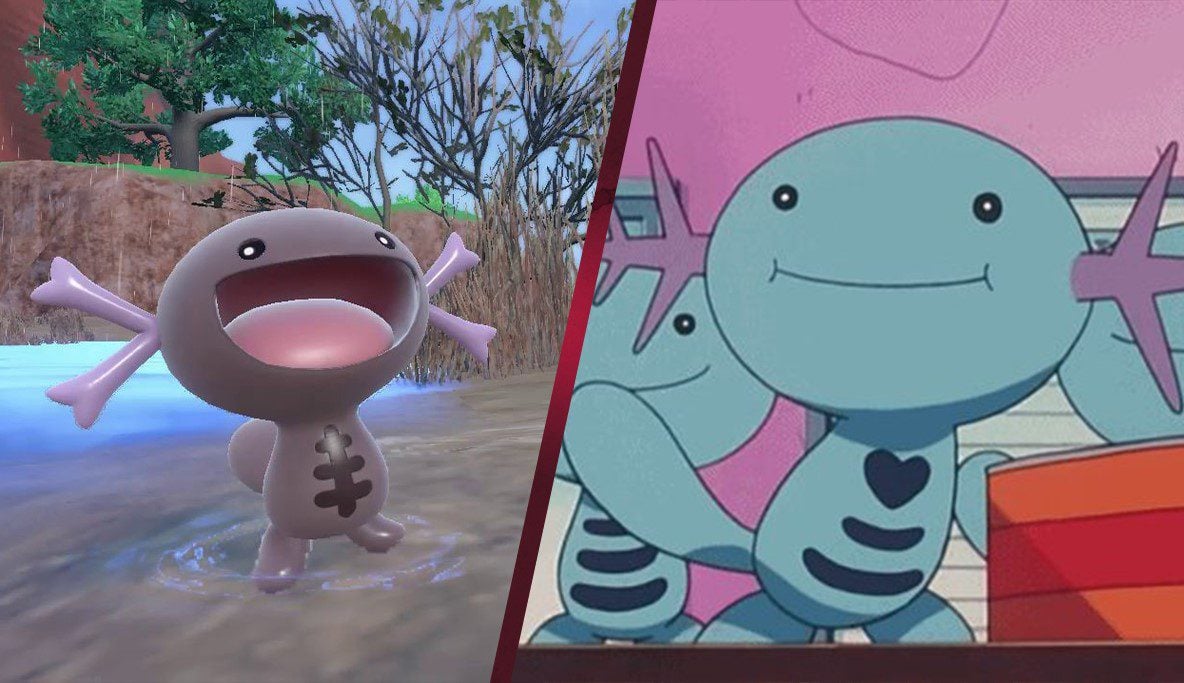 Another trailer for Pokémon Scarlet and Violet just released, and it revealed a new Wooper form which many fans instantly fell in love with.

Scarlet and Violet are the upcoming Pokémon games this year. They mark the beginning of Generation 9, and with it comes a whole new batch of Pokémon.

One of those new Pokémon is a new form of Wooper. Called Paldean Wooper, the new one is a regional form found in the new region of Paldea, based on Spain. And it’s a whole new take on the cute little guy we all know and love already.

Predictably, the new Wooper is very cute. But it also has some unique characteristics including a new typing and abilities.

It’s a Poison and Ground type, rather than a Water type. It also has what looks like a skull and crossbones design around its head, hinting at its new poisonous nature. It’s also a rather dirty colour, with some calling this new Wooper “Pooper”.

The Paldean variant seems to be such a hit with fans, there’s been a plethora of adorable Wooper fanart. You can check out the full collection put together by Polygon.

But Wooper isn’t the only new addition to the Pokémon roster. We also saw some other new Pokémon for the very first time.

One of those Pokémon is Fidough, a small Fairy type dog creature which looks like it’s made out of bagels. People are already trying to predict the name of its evolution, guessing names like “Purebread” or “Doughberman”.

The other new Pokemon is Cetitan, an Ice Whale Pokémon. It’s a big beast of a Pokémon, with huge horns and a giant mouth. It’s pure Ice type, but it has Thick Fat so it’s not as susceptible to Fire.

Despite how many new Pokémon we get each generation, this time around we haven’t really seen a whole lot so far. It’s safe to say we’ll see more before the release of the game, they’re definitely revealing them a little slower than before. Hopefully that means there’ll be plenty of surprises in the final game.

You can pre-order Pokémon Scarlet and Violet right now for £43.95.