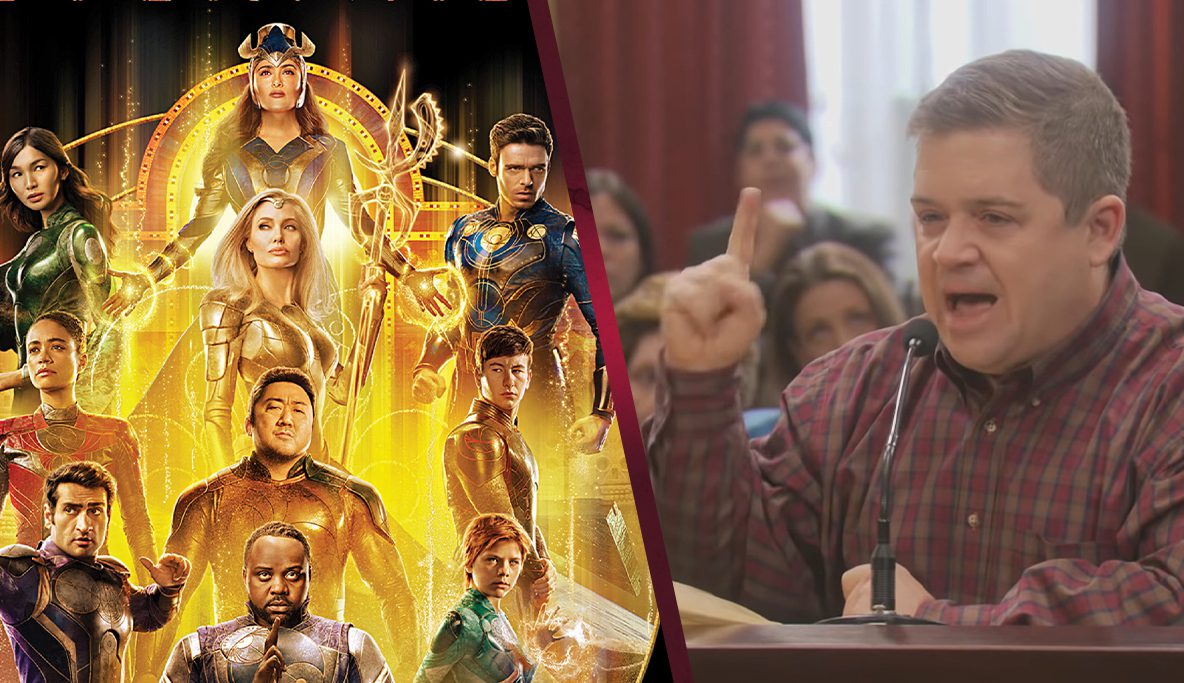 Patton Oswalt has let slip that a sequel to MCU film Eternals could be in the works. That’s right, an Eternals 2 is apparently happening.

Oswalt played the character Pip in a post-credits scene for Eternals. He appeared alongside Harry Styles as Starfox/Eros, the brother of Thanos. And in a recent interview on The Today Show, he may have revealed that a sequel to Eternals is on the way, with original director Chloe Zhao returning as the director.

“Harry Styles and I are in a little post-credits sequence in the Eternals. I play Pip the Troll, he plays Starfox, Thanos’ brother,” Oswalt says. He then adds some important details, saying “They have announced there’s going to be an Eternals sequel. Chloé Zhao is going to direct it. So, hopefully there will be more adventures of Starfox and Pip.”

So it seems like Oswalt may have said more than he should have here, as neither Disney or Zhao herself have confirmed that a sequel is coming out. We recently got a reveal of Phase 5 and Phase 6 Marvel projects, and an Eternals 2 wasn’t among them.

Perhaps that means the Eternals sequel is further out than the rest of those films or shows. Could we end up seeing it in Phase 7? Or a better question, what do these Phases even mean anymore?

Regardless, it’s safe to assume an Eternals sequel could happen. Despite some negative reviews the film performed well at the box office. And Marvel aren’t typically the type to just make one film and move on – many superhero films have had entire sagas of their own at this point.

Marvel boss Kevin Feige said in an interview “we’ve got Blade, we’ve got Doctor Strange with the supernatural angles. We’ve got the street-level with our announcement of Daredevil, and of course Spidey, going into the street-level heroes. And cosmic. And that’s where our friends Eros and Pip live.”