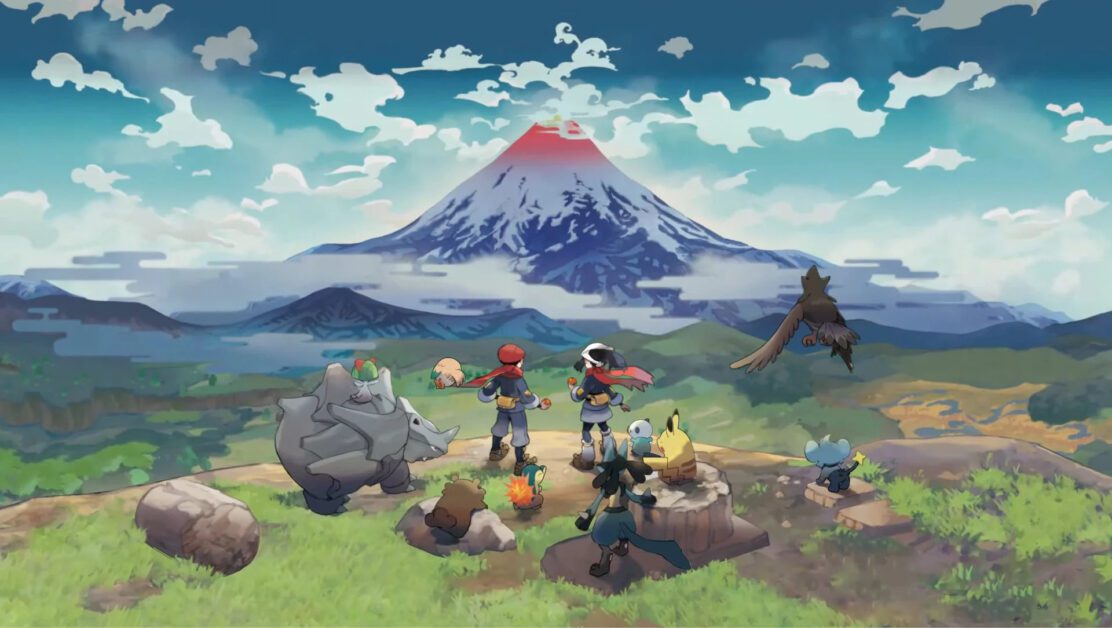 Revealed earlier this year, Pokemon Legends Arceus is set to be the next major Pokemon release. Unlike previous titles in the series, Pokemon Legends Arceus will feature a number of new gameplay features, including a large open world akin to Breath Of The Wild. It will also be one of the earliest set games in the series, taking place way before any current canon titles. Players will explore the Hisui region, while mapping the very first Pokedex.

Nintendo announced the title at its Pokemon Presents event in February of this year. The event was just one of many which celebrated the series’ 25th birthday, and the stream also revealed the Pokemon Brilliant Diamond and Shining Pearl Remakes. The initial reaction to Pokemon Legends was one of excitement, airing on caution, as the initial footage for the title looked a little bit choppy.

Recent footage seems to confirm the game is still looking a little ropey, although visuals aren’t everything. Pokemon Legends: Arceus will change the established Pokemon formula, by introducing the most open-world to date, where everything happens in real time. Players will no longer be forced into a separate screen for battle encounters, as everything plays out as it happens in the world. It’ll essentially be the closest we’ll ever get to being Ash Ketchum, in video game form.

So, when does Pokemon Legends: Arceus release?

Pokemon Legends: Arceus will launch almost an entire year after it was first announced. The next entry in the Pokemon series will launch on January 28th, 2022, starting the new year with a bang. This is of course permitting any potential delays. Given the slightly rough visual look of the game, it wouldn’t be impossible. Without delays, fans will be able to get their hands on Pokemon Legends: Arceus in the new year.

As with all Nintendo releases, players will be able to pick up Arceus on launch day on the Nintendo Store. There are two editions launching with the game in January. The standard pre-order edition comes with a steelbook edition of the game. A replica of the ancient Pokeball device used in the game also comes with it. There’s also a steelbook version which features a small replica figurine of the legendary Pokemon Arceus.

Pokemon Legends: Arceus is a Nintendo Switch exclusive title, so this will be the only platform the title is available on. All hope is not lost though, as Nintendo might soon release its titles on PC. According to a data mine on Nvidia’s Geforce Now service, Nintendo has at the very least tested a number of its games on the streaming service.

As we have previously mentioned, Pokemon Legends: Arceus will feature one of the most open-worlds in the series to date. However, it will not be completely open-world. In a recent statement provided to Kotaku, the developers confirmed it would have a hub area akin to the Monster Hunter titles. There are several large open-world areas in the Hisui region, so it will be an open-world game in some ways. However, several large areas will feature, as opposed to one large, consistent map.

Unlike previous Pokemon games, Pokemon Legends will potentially go a more conservational route. Players will be tasked with filling their Pokedex, by observing and catching pokemon. Battles will still be an important part of the game. However, not every Pokemon will try and engage the player in a fight.