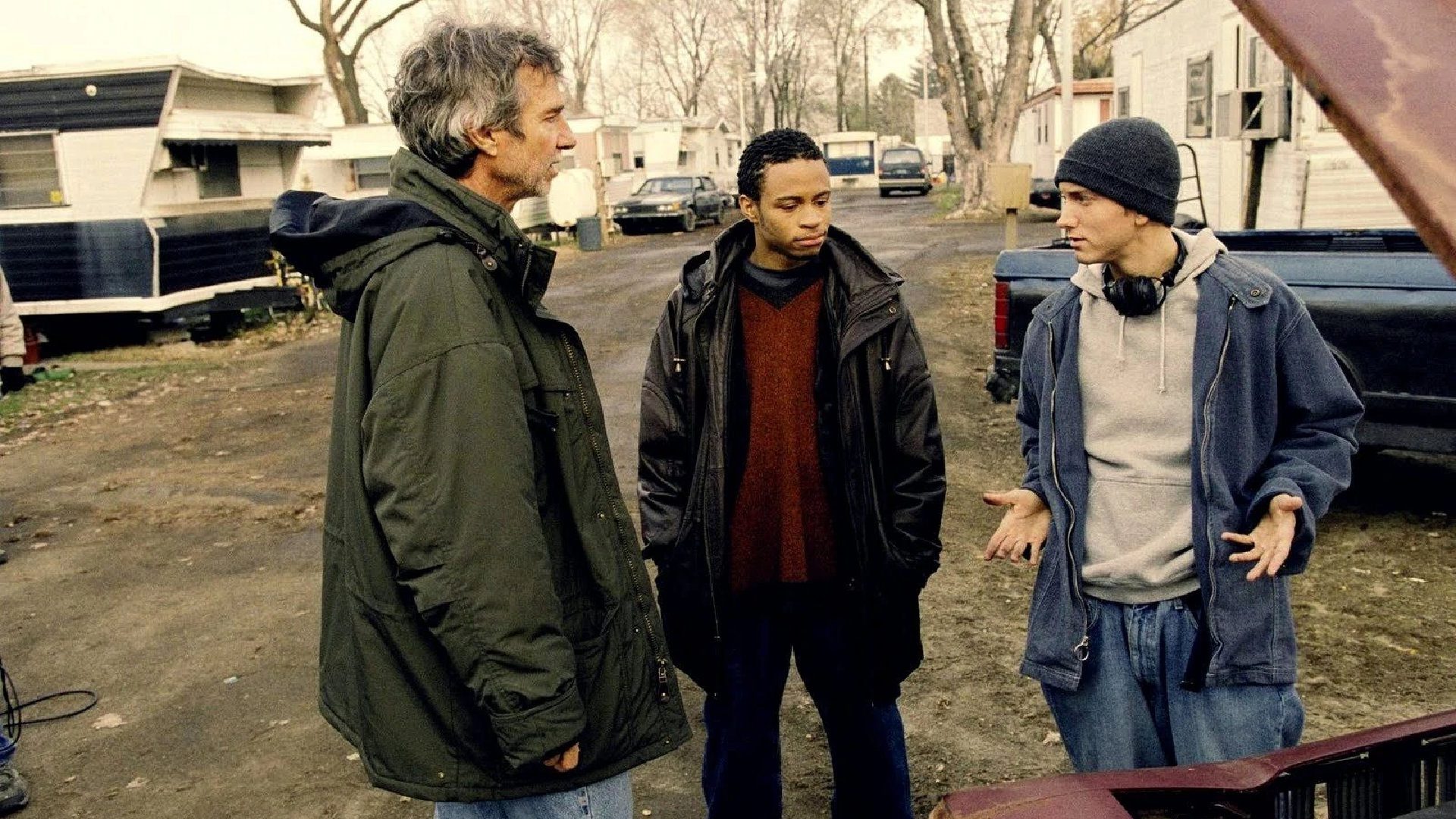 As reported by VGC, according to Kirk Ewing, an agent and co-founder of virtual avatar app Veemee, the Grand Theft Auto series nearly got a movie we never knew we wanted. Ewing apparently had a chat with the former boss of Rockstar Games, Sam Houser.

A GTA movie starring Eminem would be perfect!

“Because of the relationship that I had with Rockstar and I had with Sam, I actually tracked him down to his hotel room one night where I knew he was going to be staying for a while, and the two of us stayed up late and talked about the possibility of making a film.”

“This was just after Grand Theft Auto 3. And I think at that point, it was still in Sam’s mind that it might be something that he wanted to do,” said Ewing.

He continued: “I remember taking a call at about 4am  from one of the producers in LA with an offer to make a film, and he said: ‘Kirk, we’ve got Eminem to star, and it’s a Tony Scott film, five million on the nose, are you interested?’”

The Eminem GTA movie was so close…

“And I phoned up Sam and said: ‘Look, you need to listen to this. They want Eminem in the Grand Theft Auto movie and Tony Scott to direct.” Apparently, Sam replied by saying he was: “not interested.”

In case you didn’t know, Tony Scott had directed the likes of Top Gun, Days of Thunder as well as Enemy of the State and more before passing away on August 19th, 2012.

“At that point, they withdrew from any conversation about making a film, when they realised that the media franchise that they had was bigger than any movie that was going on at the time,” exclaimed Ewing.

But yet, so far

So, there you have it. We nearly had a GTA movie starring Eminem that we never knew we wanted. However, it sadly never came to be.

Would you have wanted Rockstar Games to commission a GTA movie starring Eminem? Let us know across our social media channels.