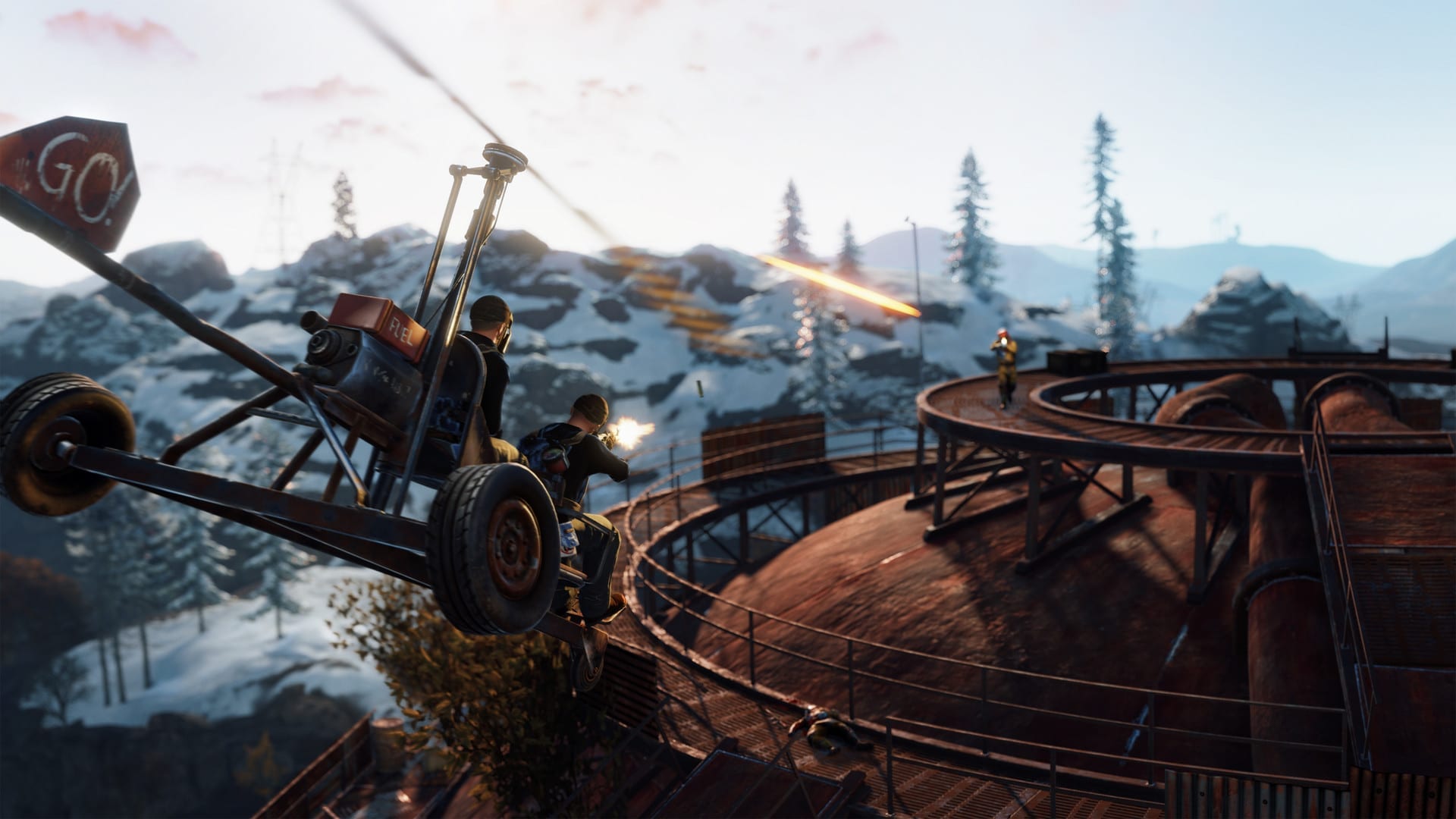 Rust: Console Edition has just received a brand new gameplay trailer ahead of its highly anticipated launch on PlayStation 4 and Xbox One.

The trailer itself is very short, sweet, and to the point. It teases how the player will have a huge open-world to explore, whether it’s on their lonesome or with someone watching their back.

However, in a survival multiplayer game such as Rust, you must be wary of even your closest allies, as precious loot can often come before friendship. Check out the new trailer below!

In order to survive in the world of Rust, players must scavenge for resources, monitor their thirst and hunger, tackle the harsh weather conditions, and above all else, survive against other players in the wasteland.

It might seem a little strange seeing all the attention that Rust has been receiving lately, after all, it first released as an early access title back in 2013 before releasing properly on PC in 2018.

However, Rust has recently seen a massive surge in popularity, hitting huge milestones in concurrent player numbers. It’s also been making some serious money for the developer, Facepunch Studios. It’s one of a number of older indie games which have jumped in player numbers since the global pandemic, similar to the likes of Among Us. Both Rust and Among Us are still favourites for streamers.

While Rust has only been announced for PS4 and Xbox One, it is expected to be playable on PS5 and Xbox Series X|S via backward compatibility. One would hope, anyway!

No release date for Rust: Console Edition has been announced at the time of writing. With the beta running until March 29th, the console version is hopefully coming soon.

Are you looking forward to the day when Rust comes to consoles? What do you think of the new Rust: Console Edition trailer? Let us know across our social media channels.

Recently, a beta for Rust: Console Edition was announced. Here are the details and how you can apply!