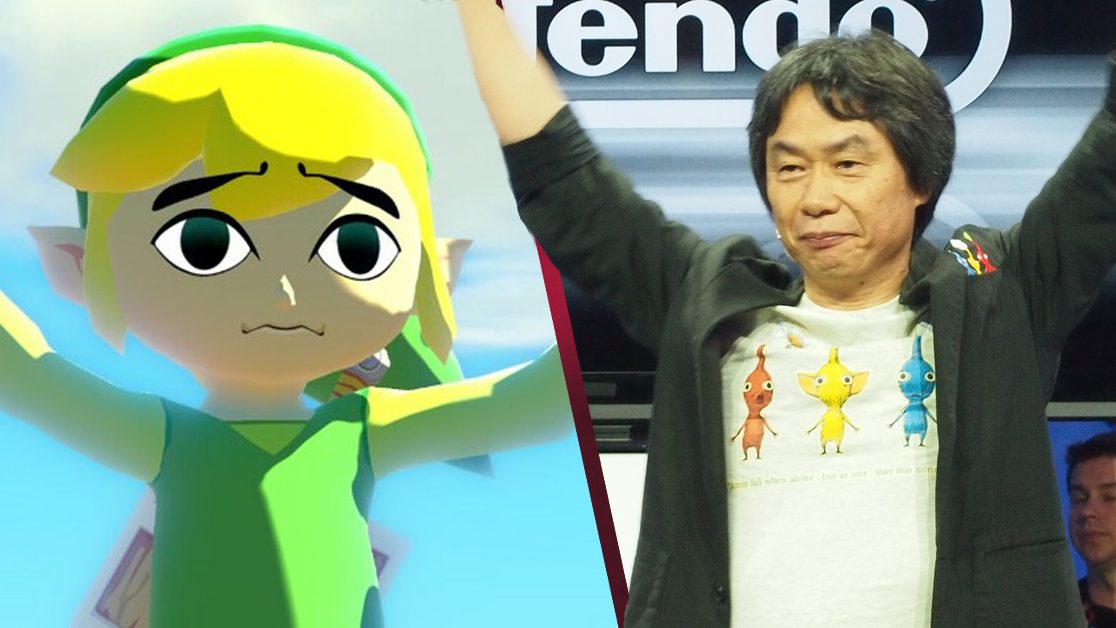 The creator of The Legend of Zelda reportedly “cringed” at the art style of Wind Waker prior to its release two decades ago.

A video published by DidYouKnowGaming focused on cut content of Wind Waker which launched for the GameCube in 2002 in Japan, before sailing to the west in 2003.

Before the Wind Waker launched, its visual style caused a lot of division. While some fans liked its cell-shaded art style, it’s fair to say that some fans hated it.

However, it seems that The Legend of Zelda creator, and legendary Nintendo developer, Shigeru Miyamoto wasn’t a fan either. DidYouKnowGaming uncovered an interview from the Nintendo Dream magazine, in which it claimed Miyamoto “literally cringed” at Wind Waker.

While the interview wasn’t with Miyamoto, Wind Waker director Eiji Aonuma gave is insight. He revealed that the Zelda creator wasn’t initially a fan of its style when setting his eyes upon it. Aonuma even revealed that knowing Miyamoto wouldn’t be a fan, he held off for as long as possible before revealing it to the main man himself.

“If I had gone and talked to him from the very beginning, I think he would’ve said ‘How is that Zelda?” said Aonuma. “Miyamoto had trouble letting go of the realistic link art style until the very end.”

“At some point, he had to give a presentation against his will. That’s when he said something to me like ‘You know, it’s not too late to change course and make a realistic Zelda,” continued Aonuma.

Furthermore, Aonuma revealed that originally, the Wind Waker’s art style was supposed to reflect Ocarina of Time and Majora’s Mask, both of which were released for the N64. However, the development team later opted for the Wind Waker style that we know of today.

An opinion is neither right nor wrong, as, like anything else, an art style is a personal preference. However, being a fan of the Wind Waker, I think its visuals helped the game to age rather well 20 years after it was originally released.

Are you a fan of The Legend of Zelda: Wind Waker? Let us know across our social media channels.

Speaking of Legend of Zelda games, you can still buy Breath of the Wild from £49.95.