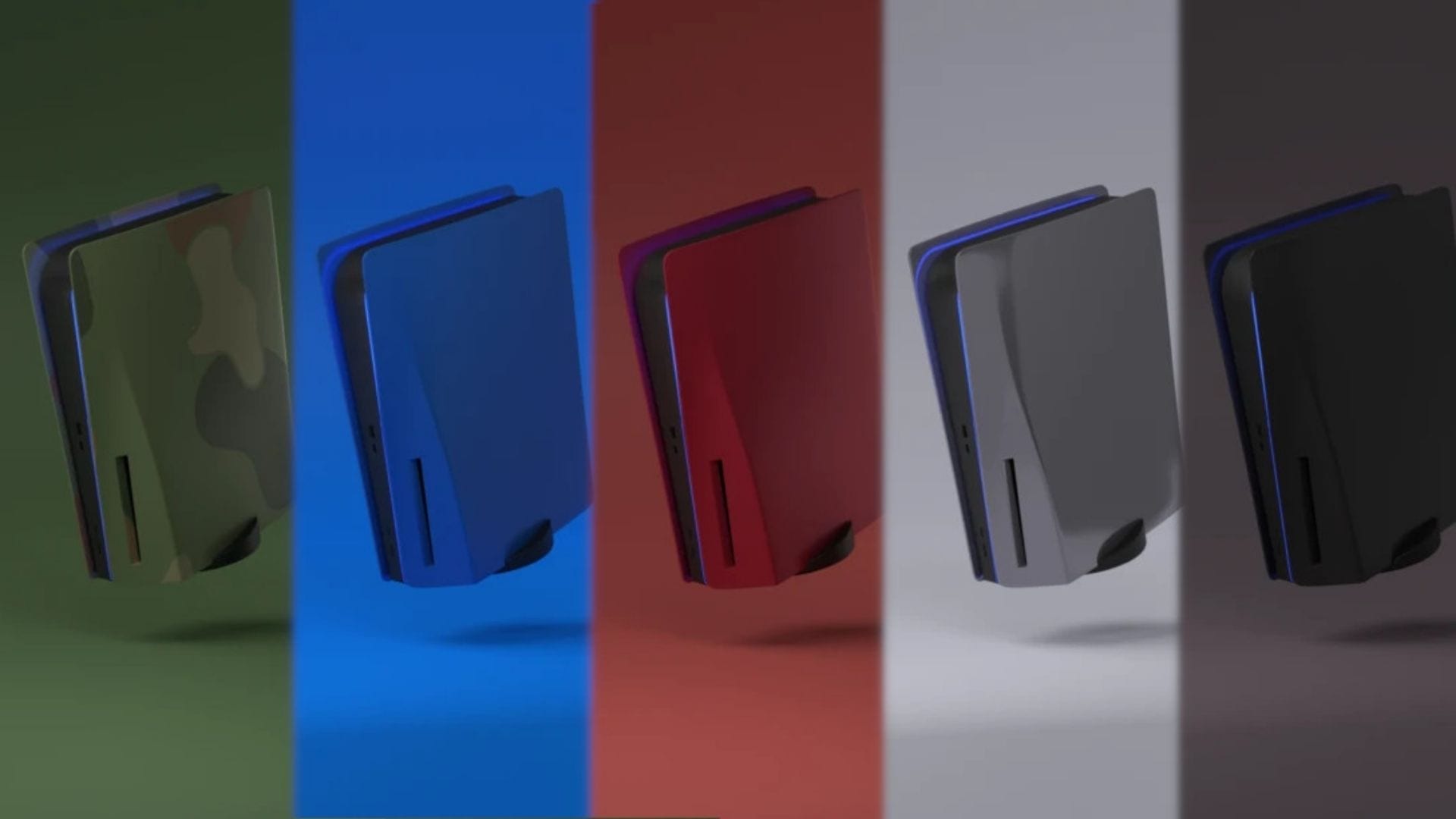 Sony has demanded a third-party manufacturer to cease production of their PlayStation 5 faceplates.

Last month you may remember that we covered a story regarding some rather cool-looking third-party PlayStation 5 faceplates that were available to pre-order.

We had the choice of Cherry Red, Jungle Camo, Indigo Blue, Chromatic and Matte Black.

The Matte Black, in particular, is a colour that would prove to be popular following the reveal of the PS5 console after many fans were calling for an all-black console.

The third-party PlayStation 5 faceplates would be sold on a website fittingly called PlateStation 5 for just $39.99. To ship across the world including the UK it would only cost £32 which included shipping.

On the PlateStation 5 website, the sellers made it quite clear that the faceplates are “unofficial third-party accessories” and that they “are not affiliated in any way with Sony.”

Sadly, after little more than a day of the website being live, Sony contacted the sellers. They informed them to change their name or they will “end up in court” as their website name infringes on Sony’s intellectual property.

That was not all. Sony also demanded that they should cease selling the PlayStation5 faceplates immediately as their intellectual property also “extended to the faceplates.”

What Was The PlayStation5 faceplates Companies Response?

The team behind PlateStation 5 believed that they were not stepping on any legal toes with their product. They claim that “Sony only had pending patents on the faceplates”, according to reports from VGC.

Because of Sony’s threats the website has rebranded to Customize My Plates. Now, rather than selling faceplates, they sell console and controller skins as well as other accessories.

All existing pre-orders made through PlateStation 5 have been cancelled and the process has begun to refund all customers.

How do you feel that these faceplates will be no more? React using our Emoji’s below.