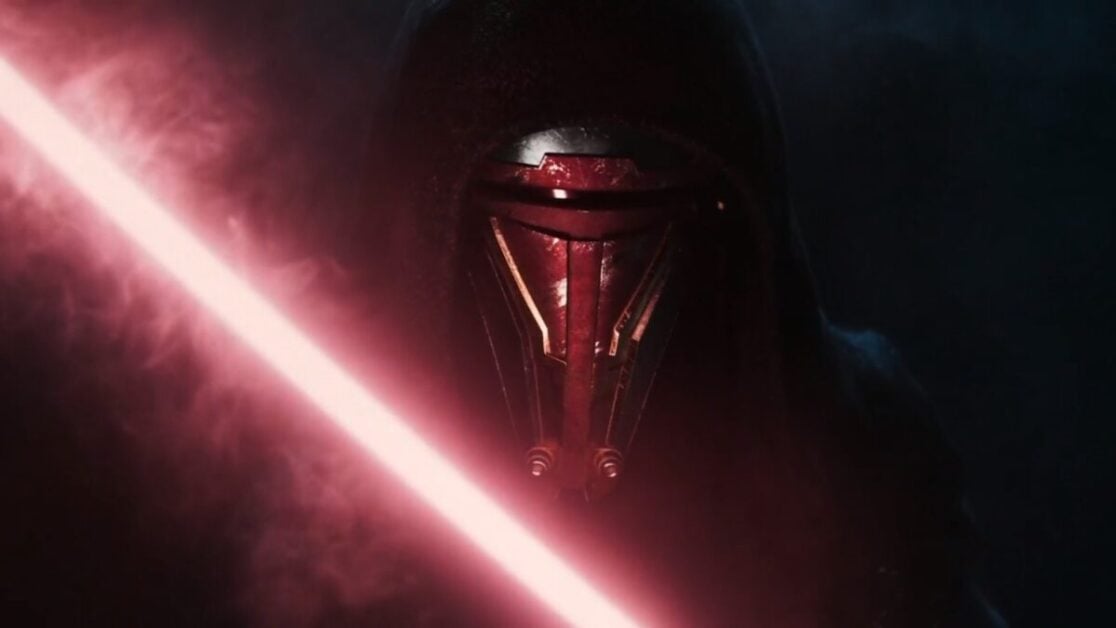 Star Wars: Knights of the Old Republic remake is rumoured to have switched developers. At least that’s what a Q1 interim report suggests.

Earlier in the year, the Star Wars: Knights of the Old Republic was reported to have been delayed indefinitely. Leaving many fans worried that the remake may have been cancelled.

Announced in September 2021, developed by Aspyr, this game is a remake of the classic 2003 RPG from BioWare and is considered to be a reboot of the Star Wars: Knights of the Old Republic series.

Is Aspyr still handling the remake?

Well, I say Aspyr is developing the remake. However, if suspicions are true, the studio may no longer be handling it. That’s at least what Embracer Group has led us to believe.

As reported by Eurogamer, the report states that one of Embracer’s AAA projects has transitioned to another studio. While the Knights of the Old Republic remake isn’t mentioned, considering the previous reports of troubled development, it doesn’t take much to put two and two together.

Has the Star Wars remake really been delayed?

In the report, Embracer Group says that the AAA project in question was transitioned to another developer to ensure “the quality bar is where we need it to be for the title.”

However, it is worth keeping in mind that this interim report does also contradict previous claims of the Star Wars: Knights of the Old Republic remake is being delayed indefinitely.

The report goes on to say that it’s “not expecting any material delays for the title based on this transition.” So, make of that as you will.

In related news, Embracer Group has been making massive moves within the video game industry acquiring some leading developer studios and IPs. Back in May 2022, Embracer bought Square Enix’s western studios which included IPs such as Tomb Raider, Deus Ex as well as Legacy of Kain to name but a few.

Furthermore, Embracer Group also recently acquired all the rights to The Lord of the Rings IP which includes video games, movies, TV series, board games and much more.

Are you concerned with the development of the Star Wars: Knights of the Old Republic remake? Let us know across our social media channels.