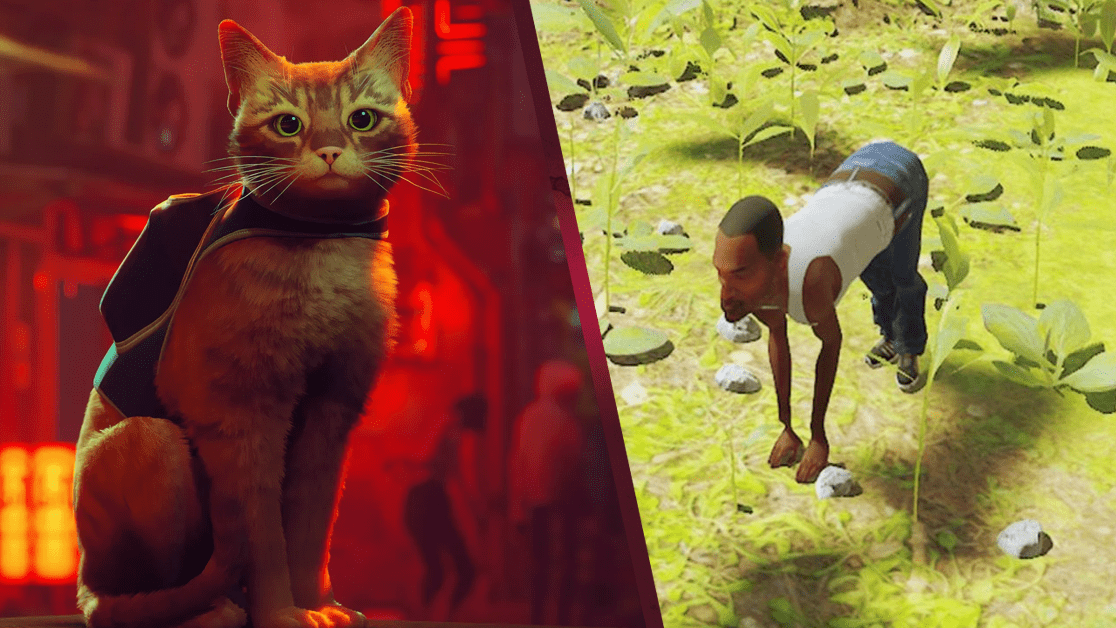 Play through Annapurna Interactive’s Stray as CJ from GTA: San Andreas in this terrifying mod.

Stray hasn’t even been out for a full week and yet owners of the game on PC have already begun to mod the game, which has had some terrifying results. Modder Sirgalahad172 has created a mod for Stray that allows you to switch from the adorable cat protagonist to a contorted CJ from GTA: San Andreas.

Game Developer and YouTuber Griff Griffin, captured footage of the mod in action, showing CJ’s body contorted to fit that of the cat model. The game, which sees you platforming around a cyberpunk environment, is bizarre to watch with CJ instead of the usual cute cat protagonist. Watching as he leaps through the streets, escaping the Zurg with his giant head makes the game feel even more dystopian than it already is.

Though it’s hilarious to see CJ meow, through the press of Stray’s dedicated meow button.

“This mod is intended as a joke as cj needs to be modded in any game that exists”, Sirgalahad172 states on the mod page.

The modder isn’t just set on making mods that’ll likely give us nightmares, but they have also created wholesome mods that allow you to play through the game with little glasses, an eyepatch or a newsboy cap for your cat.

They’re also creating mod requests so you can play through Stray as a whole myriad of cats, in all different shapes and sizes. Something that I wish was an option within the game officially.

Real-life cats react to Stray and the internet loves it

You can play as Garfield too.

Sirgalahad172 isn’t the only one who has created weird and wonderful mods for Annapurna Interactive’s Stray. Modder crubino, has created a mod where you can play as everyone’s favourite lasagne-loving cat, Garfield.

The mod, which looks closely like Garfield from the live-action movies, is hilarious to witness. Especially with his visible sunken eyes. Garfield doesn’t particularly look like he’d enjoy the setting of Stray, which sees you befriending robots and running from strange alien creatures. His addition as a mod, however, is hilarious and makes me excited about what licensed characters we’ll see modded into the game next.

With this many Stray mods available only a week since its release, we can definitely expect more in the future. I can’t wait to see what future mods terrify or amuse me next.