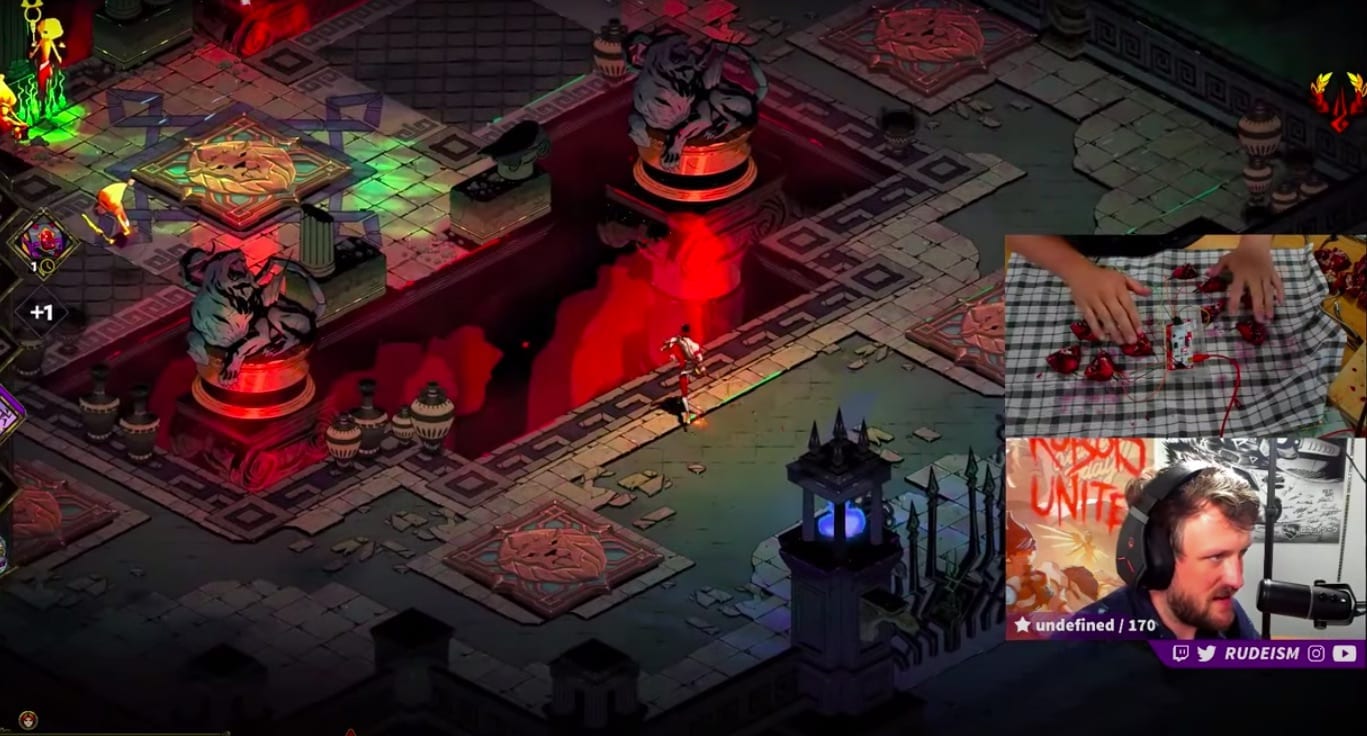 Hades is a love letter to Greek mythology, so naturally, pomegranates are pride of place within the roguelike RPG. This mythical fruit of the dead serves as a powerup, providing the game’s protagonist, Zagreus, with ability upgrades. In light of this, Hades streamer Dylan “Rudeism” Beck thought it’d be a good idea to harness the power of the pomegranate in real life, transforming it into a video game controller [via Kotaku].

Rudeism literally wired up a pomegranate as a controller, and guess what? He actually managed to beat the game using it.

Considering that Hades is already a difficult game, this is ridiculously impressive. Rudeism created his fruity controller using a MakeyMakey circuit board, which transformed the berries into capacitive buttons. Rudeism previously explained his contraption in a YouTube video, elaborating on how it all works:

“My arm will be connected to the MakeyMakey via the earth wire, and then when I touch one of the pomegranates, it then creates a loop between me, the pomegranate, and the circuit board, and that’s what does inputs.”

Six days after this video was uploaded, Rudeism finally managed to harness the power of the pom, beating the game’s final boss in the process. That’s not to say there weren’t any hiccups. The streamer’s dash button broke free of its wiring during the fight.

Against all odds, Rudeism still managed to defeat Hades, sending him back to the underworld in the most bizarre way possible.

Rudeism is known for using weird and wonderful controllers. The streamer has previously beat Fall Guys using a jellybean joypad and has even completed a Super Mario 64 speedrun using a singular button.

If you’re a fan of oddball contraptions and weird gaming achievements, then there’s plenty of content to enjoy on Rudeism’s YouTube channel.